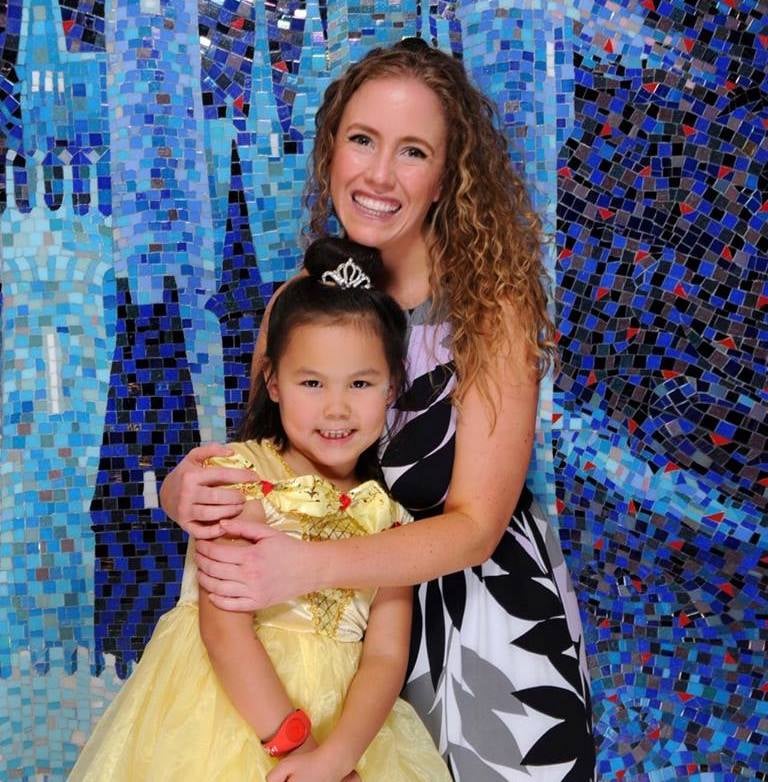 Like most little girls, I grew up imagining myself with a family one day. A partner, kids, maybe a dog — a cute little nuclear unit to adorn the annual Christmas card. I never imagined it happening any other way, until it did. By the time I was almost 30, I had a host of bad relationships under my belt. I've got a bad picker, that's really all there is to it — the men I gravitate toward tend to be broken and unavailable. Not exactly the type you'd want to start a family with. On top of that, I had been dealt the blow of infertility several years prior. Not only could I not lock down a partner actually worth my time, but I also probably wouldn't be able to give him a baby even if I could find him.

But that was the thing: I wanted to be a mother. Desperately. And the closer to 30 I got, the more I realized I wanted to be a mom more than I'd ever wanted to be a wife. Sure, if Mr. Wonderful showed up and somehow managed to wipe the slate of my bad relationship history clean, I was open to it. But I was tired of waiting for something that seemed like it may never come — tired of putting off my dream of motherhood for a mystery dude who had so far remained elusive.

Four months shy of my 30th birthday, I began the process of becoming foster certified. I had it in my head that I could provide a great home to preteen and teenage girls who needed one. And I was ready to adopt, should the opportunity present itself. I didn't know that opportunity would come around just two months later, and it wouldn't be a teenager I was being handed — it would be a baby girl who would eventually call me Mom. I celebrated my 30th birthday with that little girl in my arms. And just a month later, only five months after I'd decided I might want to one day adopt, a judge declared her officially mine.

It's been five years, and I still pinch myself at how lucky I was. Being a single mom to a newborn was certainly more work than I'd anticipated, especially because I only had about a one-week notice before her birth. I never slept when the baby was sleeping. When she slept, I was either working from home (because I hadn't saved money for a proper maternity leave) or nesting (building the crib, setting up her nursery, and doing all the other little things most moms have nine months to handle).

When my daughter was diagnosed with a chronic illness three years later, I was the only one around to assess her temperature and make middle-of-the-night emergency room calls. As we went down the long path of diagnosis, I was mostly alone in carrying the weight of that fear on my shoulders. And now that she has a diagnosis, I'm the one solely responsible for giving her weekly chemo shots, monitoring her symptoms, and bringing her to the countless medical appointments that will mark the rest of her life.

And yeah, it's hard sometimes. I have an amazing support system, but I'm pretty sure nothing really compares to having a partner by your side who is equally invested in your child's well-being during those moments. Still, I wouldn't change a thing. My daughter is my life. She's the best decision I have ever made and the greatest gift I've ever been given. When my friends complain about their husbands not pulling their parenting weight and then quickly apologize to me for forgetting I don't even have a husband to complain about, I like to remind them that I signed up for this. I knew what I was getting into when I chose to become a single mom, and I really don't find myself bemoaning the absence of that partner often.

The truth is, in some ways, I think my parenting path is easier than that of those who take that path as a couple.

The truth is, in some ways, I think my parenting path is easier than that of those who take that path as a couple. I never have to fight with anyone else about the big parenting decisions, for instance. And I don't have to worry about someone else undermining something I feel strongly about. It's also a lot easier not to feel slighted by another person not pulling their weight when that other person simply doesn't exist to begin with.

I'm still open to the possibility of Mr. Right showing up to sweep us both off our feet at some point in the future. But the truth is I'm pretty sure my picker is still broken. The only difference now is I don't wait out the crazy the way I used to. I can't. I've got my daughter to think about. And in addition to the million other ways she's made my life better, she's also forced me to protect my heart, and by extension hers, a lot more fiercely than I ever did before. So yeah, I choose her. Every time. Because despite all the hardships along the way, becoming a single mom to this little girl is the best decision I've ever made.