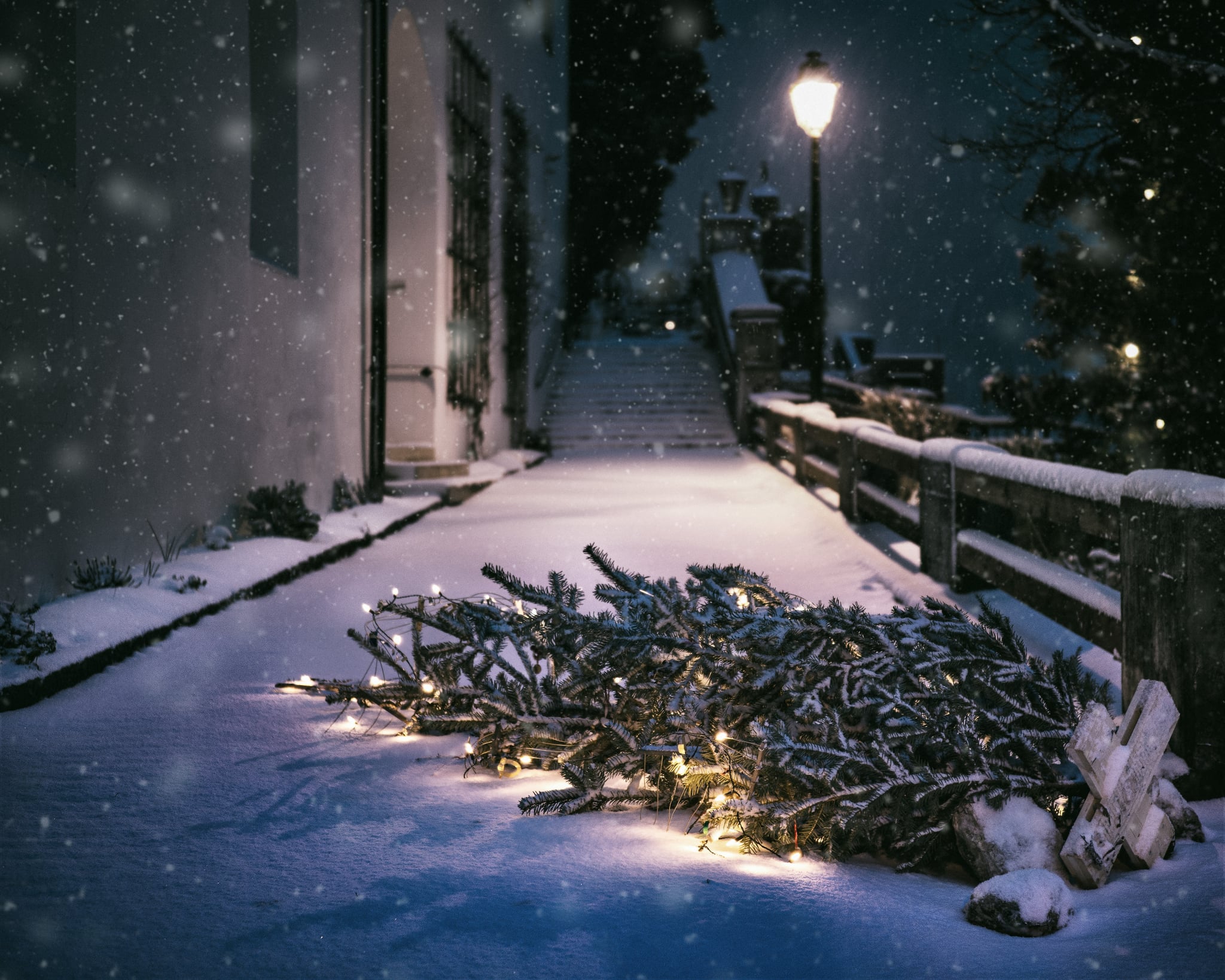 The Winter holidays have always been my favorite time of the year. You know those obnoxious people who put a Christmas tree up before December? That was me. I binge-watched the Hallmark channel, played Mariah Carey's "All I Want For Christmas Is You" on repeat, and drank enough eggnog to fill a swimming pool (bourbon included, of course). By the time New Year's rolled around, my credit card was maxed out and I could barely button my jeans. I couldn't make sense of why anyone wouldn't love the song "Santa Baby" and had a disdain for people with a "Scrooge-y" mentality.

Even though I had sympathy for those in need, I lacked empathy for the average Joe or anyone who put a damper on my Christmas spirit. I assumed their holiday depression could be remedied with a delicious gingerbread cocktail or some warm apple pie. It wasn't until I was pushed into my own worst nightmare that I realized what a fool I'd been.

My "Baby's First Christmas" ornament would be replaced with an "In Memoriam" one.

I became a widow on June 17 of 2014. Three days before my husband died, we had a child together. Bringing my son into this world was nothing short of a miracle, but my joy was turned inside out when I lost Justin. It would be a short six months until December, and I knew it would be a catastrophe. My "Baby's First Christmas" ornament would be replaced with an "In Memoriam" one. I would not just mourn my husband; I would also mourn my baby's first Christmas.

Weeks after Justin's death, I started seeing a counselor. He was helping me through the different stages of grief when out of nowhere he broached the subject of the holidays. "Don't you dare," I said in anger. It wasn't even October and he was already talking about Christmas? Tears filled my eyes when he informed me that I needed to start facing this now. I protested, telling him of my plans to bypass the holiday season. "It won't be something you can escape," he said. When October rolled around, we made plans to have our weekly session. But this time it would be at a Sam's Club. I was clueless as to why. Upon entering the store, I noticed a Christmas lights display. "Follow me," my counselor said. We walked a few feet and stopped at the beginning of an aisle: the Christmas aisle. I couldn't believe my eyes. It was October, yet the insane amount of Christmas decorations made it look like December. As we made our way through the red and green garland, I sobbed while remembering all of my happy holiday memories with Justin. That was the moment I realized I could run, but I could not hide.

My family and I came up with a plan for both Thanksgiving and Christmas. We would remove ourselves from any familiar surroundings, as we knew they would only torment us. I told every friend, foe, and family member of our plans and made it clear that I would not be accepting any gifts or attending anything resembling a turkey dinner. We flew to Newport Beach, CA, on Thanksgiving day. I was refreshed to spend 10 days with my childhood friend Kimmy. It was the first time I could breathe in five months. I'd been surrounded by death for so long, and I finally felt a little free. I ran laps around the cliffs of Corona del Mar while blasting my iPod. I told myself not to stop. I could feel my heart pounding harder the faster I went. When I finally slowed down to catch my breath, I noticed the magnificent view of the cliffs and the beach down below. I felt at peace, and I never wanted to leave.

By the time we returned to Florida, the Christmas holiday was in full swing. Our neighborhood was oversaturated with white lights, wreaths, and blowup Santas. That calm and peaceful place I found on the cliff that day was slipping away. Having always been on the other side of Christmas, i.e. the joyous side, I never realized just how much society throws it in your face. Why had I wasted so much time watching the Hallmark channel when even the SyFy channel played Christmas programs? Did every single restaurant have to shove a gingerbread martini down my throat? And since when did grocery stores start playing holiday music? I couldn't even shop for milk without hearing my once-beloved "Santa Baby." It was everywhere! Serves me right, I suppose. I took each day as it came, and when Christmas Eve finally arrived, we drove to Atlanta, GA.

On Christmas Day there wasn't much to do; most places were closed. My mom discovered the Georgia Aquarium was open, and it seemed like the perfect place to spend our antiholiday. As we walked around with hundreds of strangers, it occurred to me that I had now become that person I'd always loathed, and I felt ashamed. Ashamed of not only the person I used to be, but also the one I'd become. I gazed into the bright blue fish tank and noticed a stingray swimming in my direction. My 6-month-old son pointed at the beautiful creature, and he started giggling. Tears streamed down my face as I smiled and made a promise never to be so selfish again. In that moment, I realized that a big part of me still wanted to buy my son his first Christmas ornament. I found a beautiful silver one in the shape of a baby rattle. It opened up, and on the inside was a place for a photo. I had inscribed: "To my gorgeous son, you are my strength." It still sits next to his daddy's things in a box.

This year will be my fourth Christmas without Justin. I still dread this time of year, and I suppose Christmas will never be the same. But I know that it can and will be good again. I have my son to thank for that.