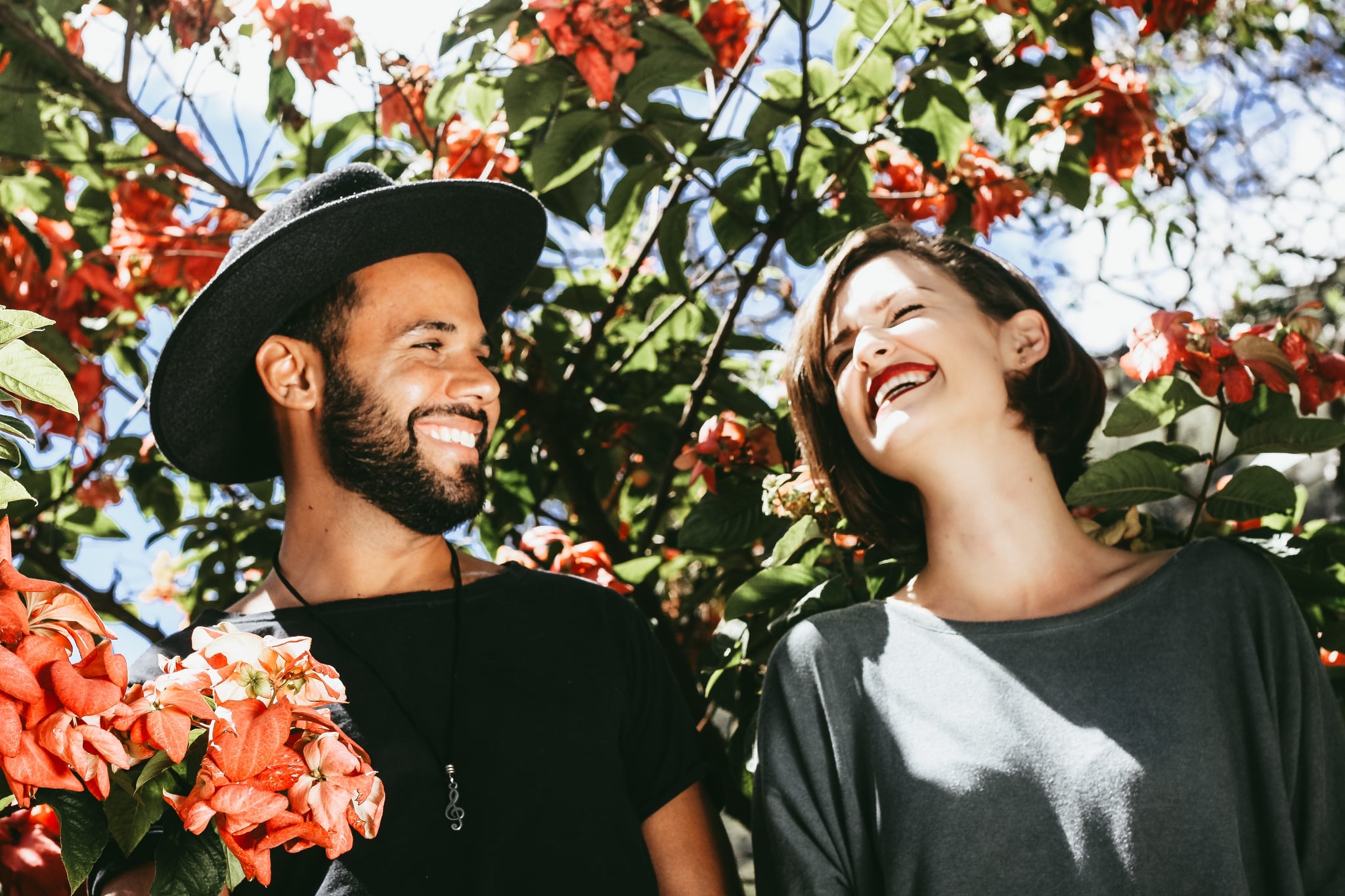 I once dated a guy who freaked out when I baked him a banana bread. He stared at the foil covered loaf as if it were a small nuclear bomb. "You can't bring me stuff like this," he said, not touching it. Could he be allergic to bananas? No — but he was definitely allergic to the idea that I'd tried to do something special for him. "You made too much of an investment," he said nervously. I'd spent only a couple of bucks on the ingredients and I hadn't buried a diamond ring in the batter, but he was right that I'd invested too much time and attention in thinking about what he might like. Usually that's a scenario for getting lucky in love, but if it was more than he could handle, it was time to take my banana bread and go.

The real luck of a marriage develops once you decide that you're going to trust each other and stick around.

Not long after "banana bread guy," I met a man named Ron. One weekend, he took me to Vermont for a weekend of hiking, and I remember admiring the cows in the fields and the beauty of the scenery. Just before my birthday a month later, he drove the four hours back to Vermont without telling me in search of a painting by a local artist he thought I might like. I loved the painting, but even more, I loved that he was happy to put effort, energy, and thoughtfulness into our relationship. We could do things for each other. I could bake him banana bread, and he'd be happy to get it.

Related:
10 Things You Should Never Say to Your Partner

We like to think of love as something that magically happens. But while doing research for my new book How Luck Happens, I discovered that long-term luck in love comes when you invest in a relationship — exactly what gave the other guy hives. The thoughtful gestures (big and small) that you do for each other are like coins in a piggy bank — you have something to draw on when things don't go perfectly right.

Ron and I have been married for many years now, with two kids and a house to prove it. I'd like to tell you how lucky I was at age 24 to find the one person destined to be my soul mate, but I'm not that romantic — or crazy. The real luck of a marriage develops once you decide that you're going to trust each other and stick around.

We made the relationship work by continuing to invest in it, and in each other. Ron and I have a hard time picking something to watch together when we're home on Saturday nights because we're each trying to figure out what the other one would want to see. I suggest Stranger Things, but he shakes his head since he knows I'm not a fan of sci-fi. Then he offers The Crown, but I waver, wondering if he'll be bored by royalty. It cuts down on our binge-watching, but it's a good problem to have. When you let the other person's desires ride as high in importance as what you want, you both feel loved, lucky, and supported.

Related:
Having These 17 Things in Common With Your Partner Can Make Your Relationship Stronger

The moment you choose a person, the relationship alters. It's not the choosing that matters so much as what you do when the choice is made.

All of us need friends outside our main relationship, and you and your partner are never going to share all the same interests. But if you outsource too much to other people, you miss the chance to cement your connection. For years when I was a TV producer, I worked with a lot of celebrities and interviewed some of the biggest stars around. Ron didn't have much interest since he couldn't distinguish Jennifer Lawrence from Jennifer Hudson, but when I was producing a TV awards show, he flew to LA, put on his tuxedo, and walked down the red carpet with me. Looking at some photos from the event recently, I reminded him what a good time we'd had. "I never knew what was going on," he said with a laugh. But we agreed that it didn't matter. Being there together became part of our joint history.

When I spoke to Duke psychologist Dan Ariely about getting lucky in love, he started to compare it to investing in the stock market, but then stopped himself to point out one big difference between stocks and people. When you choose a stock, the stock doesn't change, but the moment you choose a person, the relationship alters. He pointed out that it's not the choosing that matter so much as what you do once the choice is made.

Ariely offered the example of living in an apartment where you have a short-term lease that both you and the landlord have to keep agreeing to renew. "If you're deciding every day whether to extend the lease, you won't paint or buy flowers. You'll always be looking at other options," he said.

Related:
13 Signs Your Marriage Can Still Be Saved, According to Experts

There are seven billion people in the world and enough dating websites that you can have untold numbers of first-date martinis. But at some point, you decide that you're done swiping right and realize that the magic doesn't happen the day you meet someone. That's just when you start making the investment.

The guy who rejected my banana bread is now on his third wife, which shouldn't be a surprise. If you don't know how to savor what's in front of you, you'll never get lucky in love.

Janice Kaplan is the author of many bestselling books, and her latest, How Luck Happens, is now available from Dutton.