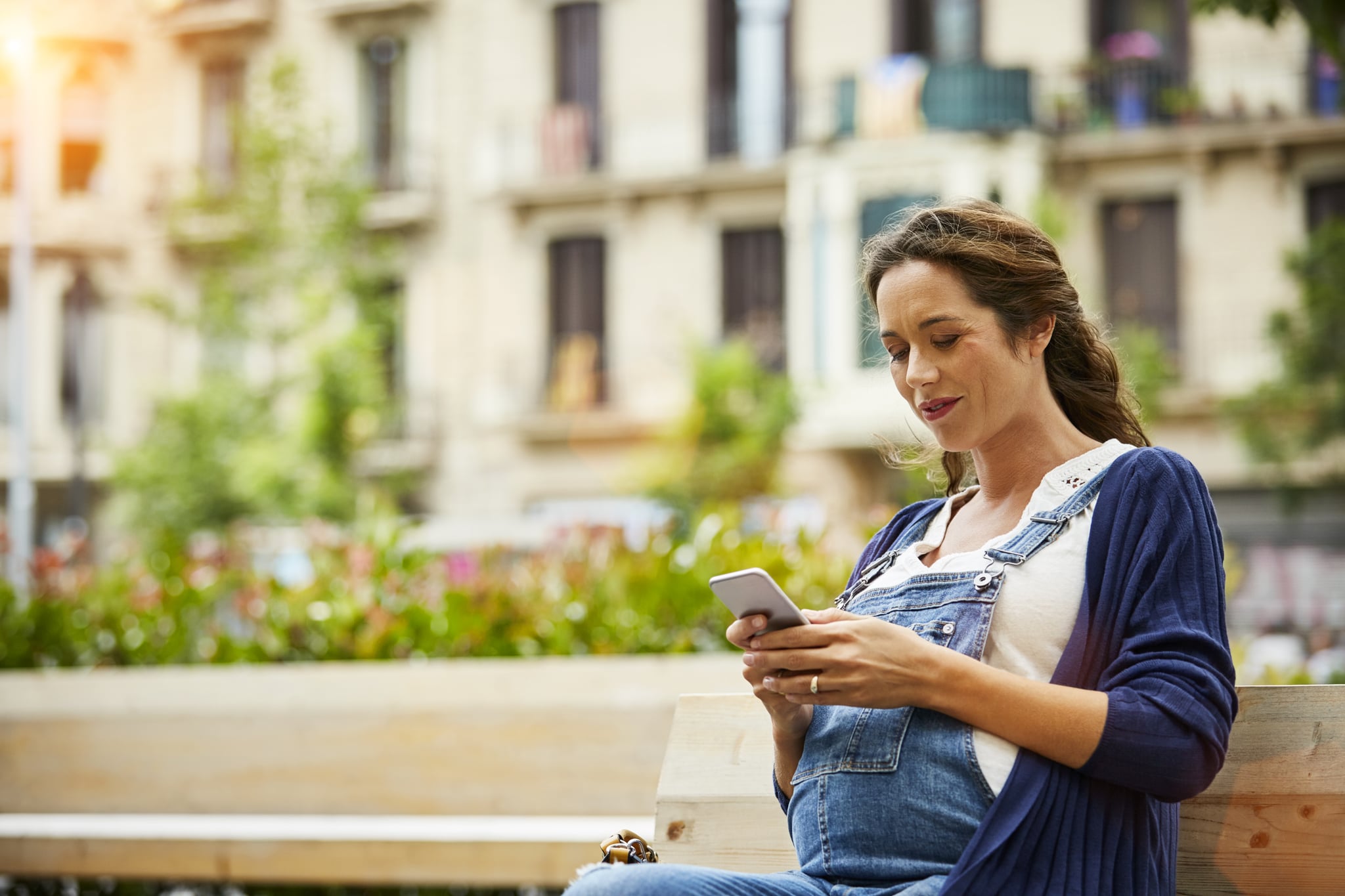 While I've suffered from anxiety for a number of years, it ran rampant throughout my first pregnancy. As a first-time mom, there were so many unknowns, and I worried at every turn that something would go wrong. First, it was making it to the 12-week mark when miscarriage becomes less likely. Then it was making it to the 20-week mark when we could possibly find out the gender during the ultrasound. Then the glucose tolerance test for gestational diabetes. And of course, the ultimate end game — getting the baby out. All of this gave me so much anxiety that I found it difficult to focus on the joy of being pregnant. Looking back, I'd say I spent probably half the time feeling happy and excited and half the time feeling anxious. That's no way to live, especially when you're about to welcome a new baby into your life. So, when I got pregnant for the second time, I armed myself with tools so that I (and those around me) could enjoy my time creating life inside my body. For me, the most effective tool was self-hypnosis.

I did a lot of research on ways to reduce anxiety during pregnancy and found quite a bit on the benefits of meditation. I had a friend who used an at-home course on self-hypnosis for childbirth called Hypnobabies, and she seemed so content, calm, prepared, and excited throughout her pregnancy and her birth. I wanted that kind of calm, too, so I followed in her footsteps and began the course. Not only did it teach hypnosis techniques but also meditations and daily affirmations. The combination of all of these made me the blissed-out pregnant mom I wanted to be the first time around. I learned breathing techniques and visualization and listened to a fear-clearing hypnosis track to deal with any anxiety that did creep in. The daily affirmations and nightly hypnosis tracks emboldened me and helped me float through every test and turn that had made me anxious during my first pregnancy. I found that the affirmations and relaxation tools were truly seeping into my subconscious. It really worked for me, though I know it might not be the right fit for every person.

Related:
I Visited a Hypnotist to Cure My Depression — Here's What Happened

I can honestly say I felt like a different person. I was confident, healthy, happy, and excited — all things I envisioned pregnancy to be. Not only did the program teach me anxiety-coping skills, but it helped empower me to make decisions for myself. I learned that it's my body, my baby, and my choice, which was so important to me, as it sometimes felt like the doctors were pushing what would make things easier for them rather than tailoring their recommendations to me and my pregnancy. I ended up finding out early on that I had gestational diabetes (something I was nervous about the first time I was pregnant), but I was able to handle the news and treatment well because the hypnosis tracks and affirmations helped me believe in myself and my ability to take care of myself and my baby.

Taking the power back was exhilarating. Of course I listened to my specialists' and midwives' suggestions, but I did my own research, spoke with my husband and other mom friends, and ultimately made decisions I was comfortable with. Because of the diabetes, the specialists wanted me to schedule an induction date, so I picked a time I was comfortable with in the pregnancy (close to my due date) — but I had no intention of needing it. Every night, I would visualize me and my baby together, and I would tell him that he was coming whenever he wanted the first week of July. I was "due" on July 9 and scheduled the induction for a few days after that, but kept listening to the hypnosis tracks that gave me the confidence to put it out in the universe that he was coming before my induction date. It shocked me sometimes how content I was; not anxious at all that things might go differently. This also probably had something to do with the fact that the Hypnobabies program also offered a "change of plans" script that I could use in case things weren't going as I had envisioned. But the simple fact that I wasn't constantly worrying about what I would do if A, B, or C happened was a miracle to me.

Related:
Bedtime With My Kids Is Less of a Battle When I Use This 1 Simple Go-To Sleep Hack

I looked forward to my evenings practicing self-hypnosis and my car rides listening to the positive affirmations. I was confident that I was prepared to give birth this time, on my own terms. I started feeling contractions the morning of July 5 and was excited to see that my body had been listening to me the whole time. I listened to the affirmations and hypnosis tracks all day and night and had my son exactly the way I wanted in the early morning hours of July 6. It was validating for me to know I didn't need the induction. Not only did the hypnosis help me have a wonderful, natural birth, but the anxieties I was riddled with during my first pregnancy didn't bother me one bit the second time around. I will be forever grateful to that friend who showed me an anxiety-free pregnancy and birth were possible — I finally had the experience I always dreamed of.