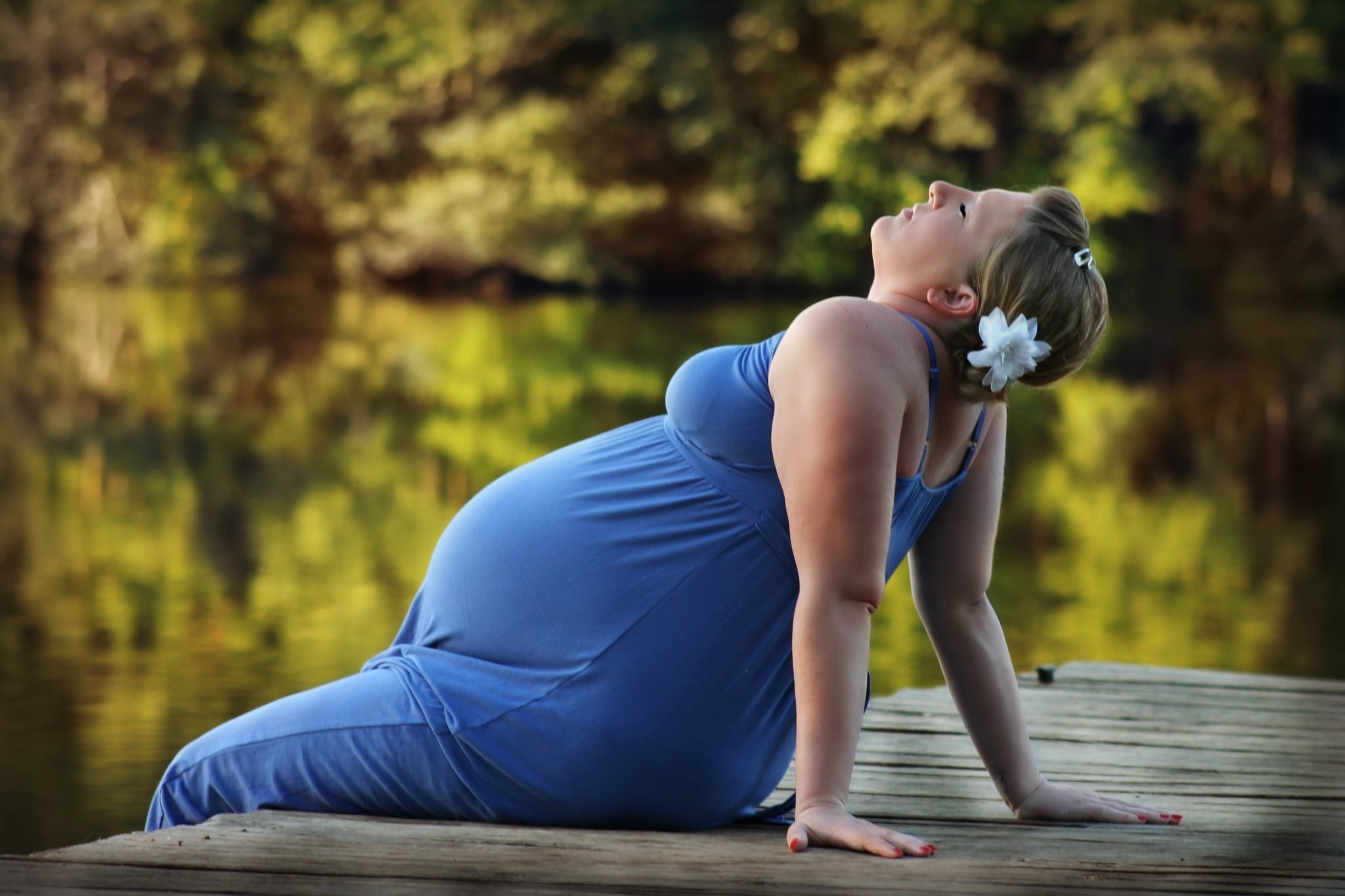 Before I was married or ever thought about having kids, I'm sure the mere mention of hypnosis for unmedicated childbirth made me roll my eyes. It sounded like something a "hippie" mom — who would also probably eat their placenta — would try. Can you tell I was a bit judgmental back in the day? Fast forward to my current life: two babies, one unmedicated hypnotic birth, and capsules of my placenta in my freezer. Life is funny.

After my less-than-stellar first birthing experience, which included a scary moment after receiving my epidural and a very long and painful recovery, I knew that things needed to be different if we were going to have more babies. So, what made me come around to hypnosis and placenta pills? Well, after having my first baby, I started to educate myself more about the things we put inside our bodies. I also happened to have a friend who used a program called Hypnobabies Hypnosis for Childbirth, which was intriguing to say the least.

The whole thing sounded so surreal — hypnotizing yourself to not feel the pain of childbirth? Impossible! Have you ever seen a woman give birth? The panting, screaming, cursing, and breaking of her partner's fingers is not exaggerated. But the more I looked into the hypnosis program, the more I wanted to try it. It also helped that one of my best friends had done it.

I was out trying our new double stroller 48 hours after giving birth, all thanks to hypnosis I had done to myself.

So, before baby number two came along, I changed things up in a big way. I saw a midwife instead of an OBGYN, looked into giving birth at a birth center instead of a hospital, continued to see my acupuncturist and chiropractor throughout my pregnancy, hired a doula, exercised more and used mindful meditation, and most importantly, began the Hypnobabies at-home course. All of this afforded me the best pregnancy and birth I could have imagined.

My guess date (that's right, not "due date") was July 9, and due to gestational diabetes, it was suggested I schedule an induction. I told myself (and baby) throughout the whole pregnancy that he was coming the first week of July, so I went ahead and scheduled the induction for July 9 with zero anticipation of attending.

On the morning of July 5, I started feeling things, listened to my hypnosis tracks on and off all day, went to the hospital at 9 p.m. that night, and was admitted a little before midnight. At the suggestion of the Hyonobabies community I had become a part of during my pregnancy, we put up twinkle lights in the hospital room, dimmed the lights, and played the hypnosis tracks via Bluetooth speakers as I rocked on a birth ball and murmured birthing affirmations to myself. One in particular, which reminds moms that contractions are just your uterus giving your baby a hug (insert my younger self eye rolling), ended up being super helpful as things started getting really intense.

A few moments before sunrise, I said, "Something's coming out," and a few pushes later, my little man was in my arms. We went home the next morning and I was out trying our new double stroller 48 hours after giving birth. To me, this was unheard of — I didn't comfortably leave the house for weeks after my first baby. It was an awesome experience, one that could actually make me desire to do it again. I had done hypnosis on myself. I remember calling my friend who used Hypnobabies a badass, and after that amazing early morning in July, I feel like one too.

Pregnancy
Age Affects IVF Success Rates, but It's Not the Only Factor — Here's What to Know
by Devan McGuinness 23 hours ago

Fashion Trends
Why Racket Sports Are Taking Over Your Friend Group, TikTok, and Closet
by Kalea Martín 23 hours ago

by Amanda Prahl 10 minutes ago