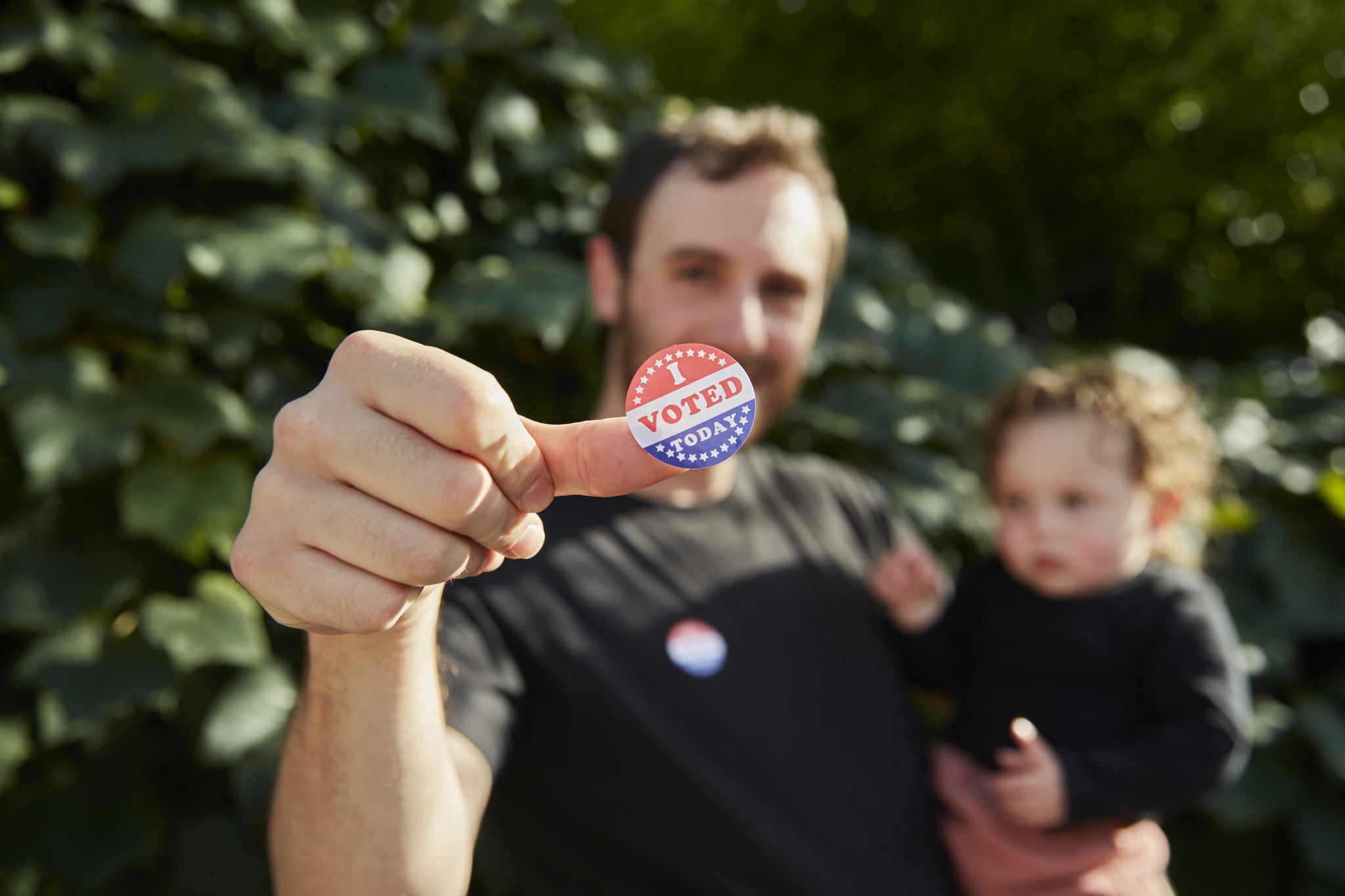 If you've managed to avoid talking to your kids about the election, it's an elephant — or donkey, depending — in the room that you really shouldn't ignore much longer. Even if they haven't asked you questions directly, young minds are most definitely tuned in to what's going on in the presidential race, this election cycle in particular.

Sure, you might prefer to steer clear of such a heavy conversation with children who are still a decade away from voting, especially when there are enough high-stakes discussions — from pandemics to natural disasters to racism — you are having to navigate already. However, Dr. Stephanie O'Leary, a clinical psychologist with an expertise in parenting, can't imagine anything worse than leaving impressionable kids to decipher today's political news for themselves. As a mom of two herself, she considers it her civic duty to help them sort out facts from very strong opinions. Unsure where to begin? She outlined five key strategies to consider.

Related:
Breaking Down the Issues That Matter Most to Families in the 2020 Election

1. Listen to what they have to say first.

Easy, right? "The tough part will be holding your tongue," O'Leary told POPSUGAR. "It's crucial to give your child a chance to share his or her ideas and questions without immediately launching into a lecture, which may be near impossible on topics you feel passionately about." But by creating a space free of political judgment, you'll send the message that you really value their point of view and care about what they think.

If your child cites misinformation or parrots headlines without a solid understanding of the issues, take time to review facts and give your child space to draw his or her own conclusions. "While the urge to have your child see things from your perspective may be strong, raising a thoughtful consumer of information is the goal," O'Leary advised. "This protects your child from buying into ideas just because someone else tells them to." Even if that someone else is you.

3. Make it clear that respect is nonnegotiable.

The few weeks of debates and rallies certainly had their share of name calling, gossip mongering, and mud slinging, which can actually be a difficult concept for kids — who are taught the Golden Rule on a regular basis — to understand. "Explain that even well-educated adults sometimes behave poorly and that communicating respectfully is the best way to be heard," O'Leary said. Remind them why you shouldn't interrupt someone who's speaking, the value in answering questions you are asked, and the importance in not retaliating negatively.

Sure, they aren't allowed to vote just yet, but that doesn't mean you can't set them up for success once they are of age to hit the polls. "Discuss issues that are important to your family, neighborhood, and culture," said O'Leary, who noted how vital it is to encourage their civic-minded interests at this stage of life. Although health officials have urged parents to leave their children home when voting in person at polling locations this election, O'Leary suggested having them watch as you fill out your mail-in ballot. She also thinks hitting up the polls is a great activity to share once it's eventually safe to do so. "If possible, take your child with you when you vote at least once before they're of age. That experience makes a lasting impression and will send the message that participating in the process is something to look forward to."

"Adults say all sorts of things out of emotion, and most of them are taken with a grain of salt, except if you're a kid," O'Leary said. Children tend to interpret things far more literally, and despite what you might think, they believe most of what their parents say. Statements made in jest can feel overwhelming from their perspective. "Unless you legitimately are planning to do so, be ready to explain that you are not actually going to uproot the family and move them to Canada if your candidate doesn't win."

The past several months have been incredibly difficult for many families — and for some, the same could be said for the past four years. "As political discourse has turned verbally and physically violent in many parts of the nation, it can be troubling to know how to be honest with your children about what the future holds based on the outcome of the election," O'Leary said. "Ultimately, you just need to remind them that you are going to take care of them . . . that their health and safety is your top priority."

Fashion News
How Major Fashion Brands Are Responding to the Roe v. Wade Ruling
by Charlotte Kho 5 hours ago