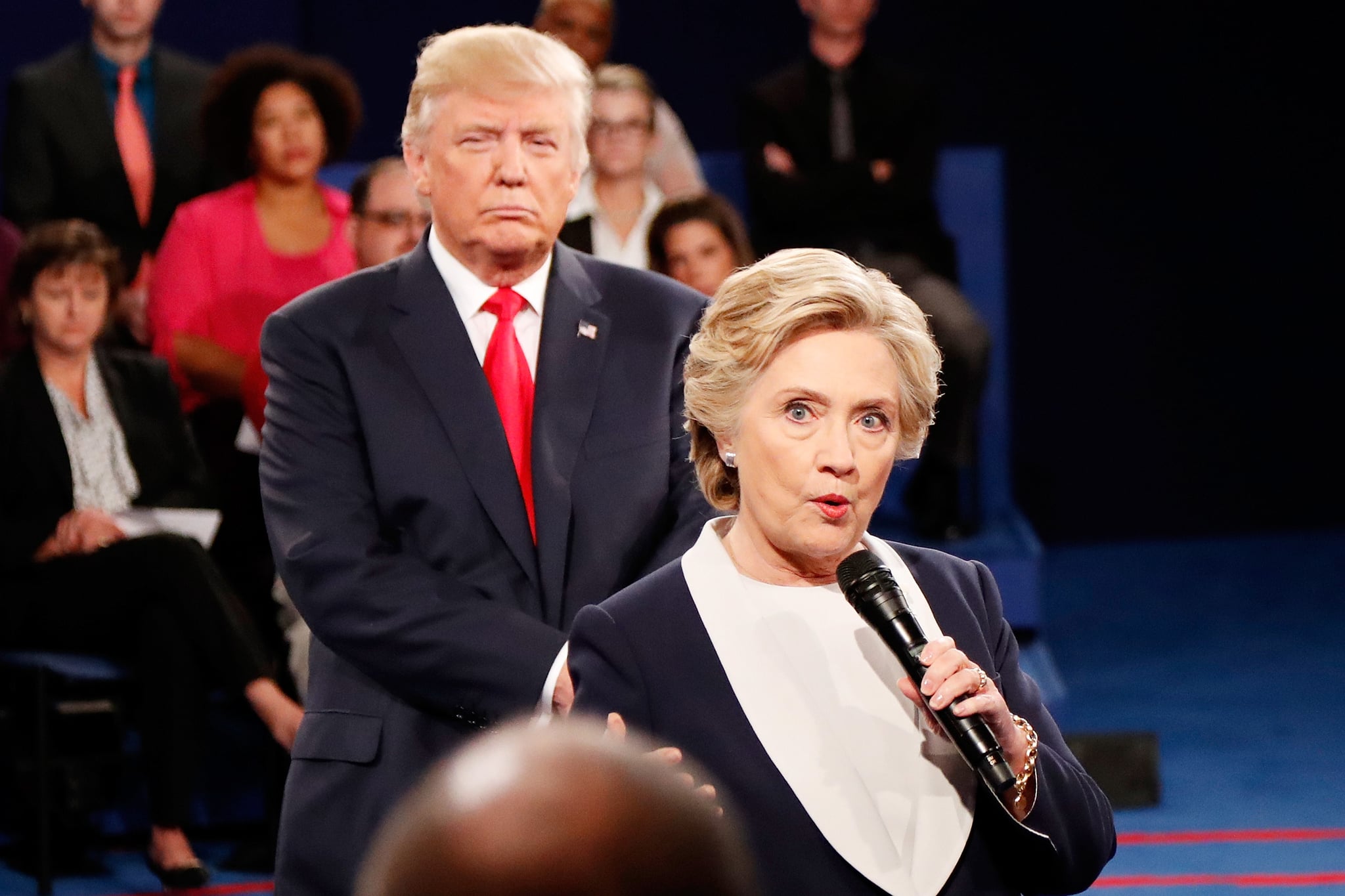 We were only five minutes into watching the second presidential debate when I started blushing. My husband, my 10-year-old son, and I were sprawled across the sofa after an otherwise rainy and quiet Sunday afternoon. After taking an interest in the presidential election in school, my son asked if he could stay up past his bedtime to watch "at least the first half" with us. I knew what to expect — we all knew what to expect — based on the release of that tape of Donald Trump and TV host Billy Bush having a vile conversation about women, but how can you tell your civic-minded child that he can't watch one of the pillars of our democratic system?

But five minutes in, I was already regretting my decision. Seven months ago I had a similar reaction after watching the Republican debate with my son and listening to Donald Trump discuss the size of his manhood in response to an earlier insinuation by Marco Rubio. But this was already worse. The first question came from an audience member who asked if either of the candidates thought they were modeling appropriate and positive behavior for youth, saying "the last presidential debate could've been rated as MA — mature audiences." You could say that again! It would only be a few minutes before the elephant in the room made its way onto the debate floor.

As Anderson Cooper posed the second question, I knew it had arrived. "We received a lot of questions online, Mr. Trump, about the tape that was released on Friday, as you can imagine," Cooper began. "You called what you said locker room banter. You described kissing women without consent, grabbing their genitals. That is sexual assault. You bragged that you have sexually assaulted women. Do you understand that?"

My eyes immediately darted to my son, who looked confused and uncomfortable. We had discussed the CliffsNotes version of Friday's news but hadn't gone into much detail. How do you explain to your impressionable child that the man laughing about kissing women whether they agree to it or not and grabbing their genitals is running for the highest office in the land and has the support of millions of people?

The answer is you don't. You tell him that the man is a misogynist and explain what that word means. You use the opportunity to begin a much deeper conversation about consent (while sending your 7-year-old to bed). You tell your 10-year-old that you are about to have a mature conversation with him because the news of the day dictates that — a conversation you weren't prepared to have for another few years but will begin now because he needs to know this was not just "locker room banter." You discuss that boys and men must not only respect women in their presence, but defend and champion them when they aren't in the room. And you talk about the importance of consent.

I'll admit that the conversation was not as in depth as I wanted it to be — I was determined to watch the full debate in real time vs. seeing my friends commenting about it on social media — but it was a beginning. About 45 minutes in, as talk moved to taxes and health care, my son grew bored of the debate and asked to change to the football game. We told him it was time for bed and he called it a night.

This morning, he asked what he missed. He specifically wanted to know if Donald Trump "said any other crazy things." My kids know my political beliefs — I wear them proudly on my t-shirts and speak of them often — and they know that some friends and family don't have the same beliefs. But I'm also raising them to know what's right and wrong — not politically, but morally. Unfortunately, this election is providing us with more fodder than I ever could have dreamed about.