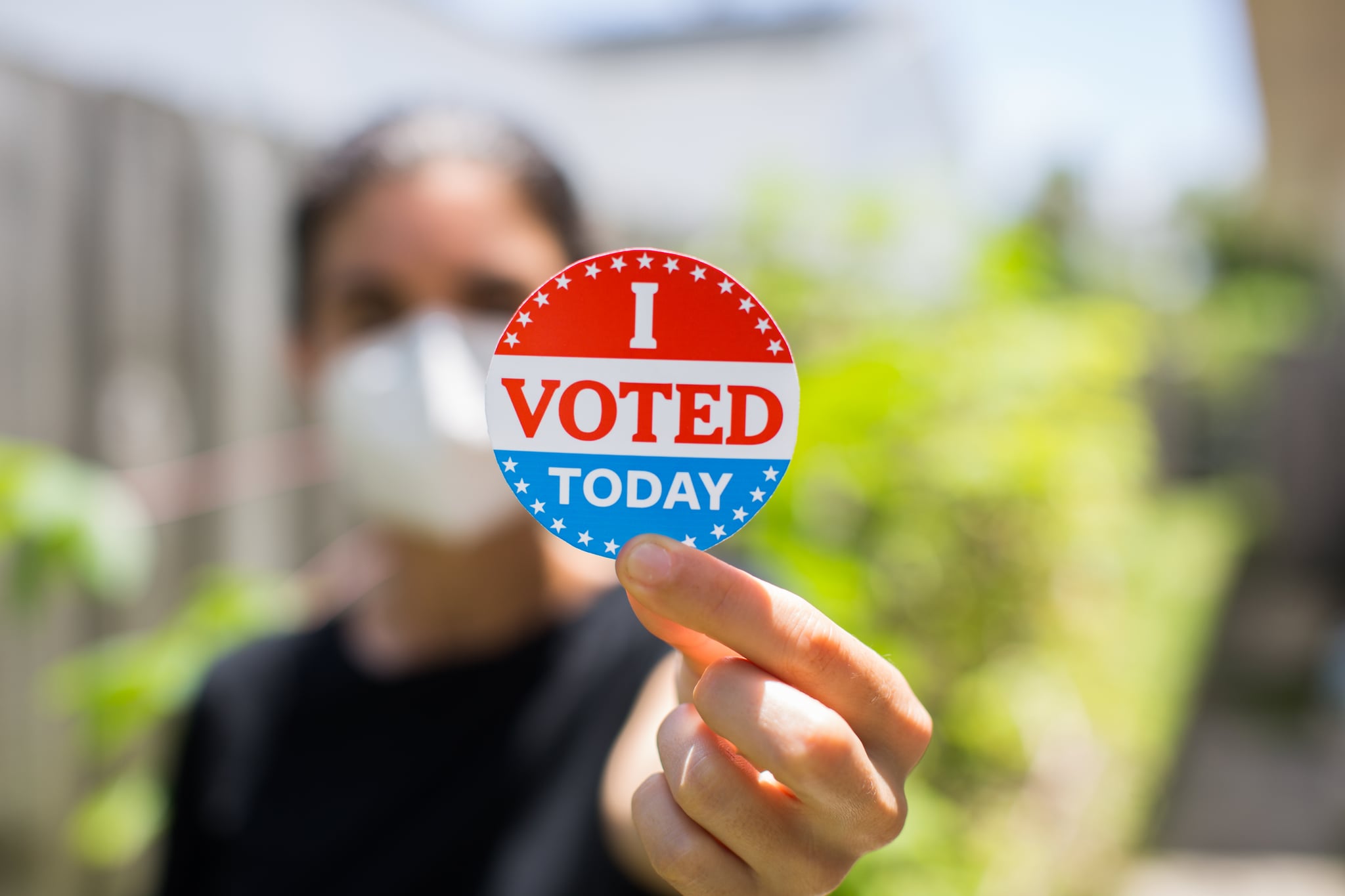 "Who are you going to vote for?" my grandpa asked. It was 2008; I was finally 18 and looking forward to my first time voting in a presidential election. McCain and Palin were running against Obama and Biden, and my entire family — along with the majority of my conservative hometown in southeast Missouri — was going to vote Republican. When I reluctantly answered, "McCain," my grandpa's response of, "That's my girl," was all I needed to hear to feel like I'd made the right call. Having grown up in a tight-knit, conservative-Christian family, my grandpa's approval — and the rest of my family's approval — meant a great deal to me. But when Obama's victory was announced and I started crying tears of joy, I had to acknowledge I'd voted Republican largely to make my family happy. If I'd really supported a McCain presidency, I thought to myself, then why was I thrilled when he lost?

Of course, it should be noted that I wasn't as pro-choice then as I am now, and the idea of a female vice president appealed to me. It would be disingenuous of me — and unfair to my family — to pretend those factors didn't play a significant role in my decision to vote Republican in 2008. Since I was raised to believe abortion is murder, I was struggling to support abortion rights outside of certain situations (rape, incest, and underage pregnancies) at the time. Still, looking back, I feel like I probably would have voted for Obama anyway if I hadn't felt so much pressure from my family to vote Republican. I avidly supported marriage equality, and I wanted to see a person of color in the role of president of the United States. Plus, Obama seemed like a genuinely good man to me.

Related:
I Regret Not Voting in the 2016 Election — Here's Why I Won't Make That Mistake Again

In fact, in the months leading up to the 2008 election, I remember feeling excited at the thought of voting for Obama — I even visited a local campaign office with a friend who was looking into volunteer opportunities. I wanted my vote to help Obama make history by becoming our first Black president, and I wanted to vote for a candidate who supported marriage equality. Although I wouldn't come out myself for years, some of my closest friends — people I'd grown up sharing pews with — had recently come out to me, and I wanted to fight for them.

But back then, whenever I tried to discuss the issue of marriage equality with my parents, it always resulted in heated arguments. The fact that I was living at home to save money while I attended a local community college — and knew that I would continue living with my parents until I transferred to a four-year university — made it that much harder to actively defy my family's politics. Young and innocent as I was, it didn't occur to me until years later that I could have simply voted for Obama and told my family I'd voted for McCain.

Fortunately, I've learned a lot since the 2008 presidential election, and I've grown up quite a bit too. Most of my family members still consistently vote Republican, while I consistently vote Democrat. After the horror show that was the 2016 election, we typically avoid talking about politics altogether. I have tried to change their minds and failed, and they've tried and failed to change my mind as well. Accepting my family's voting habits hasn't been easy for me, but it's essential to my mental health, and probably theirs as well, that we rarely discuss the topic.

Related:
Your Third-Party Vote Could Affect the Outcome of the Election, but Not in the Way You'd Hope

It's become abundantly clear to me over the years that my family shouldn't have steered me toward voting for McCain in 2008. Yes, I'm responsible for the choice I made — but they should have encouraged me to vote for whoever I wanted to vote for. I know now that I should've taken their feelings out of my decision-making process, but I just wasn't as empowered then. I would definitely do things differently if I could go back in time, but I try not to beat myself up for voting Republican my first time at the polls. It's not easy to stand up to family pressure, and having grown up in the Bible Belt, I can attest that religious indoctrination is an incredibly powerful political influence as well.

I know voting (especially for the first time) can feel daunting, which makes it that much easier to let someone close to you tell you how to vote — but if my story feels remotely familiar to you, take it from someone who's been where you are: when it comes to voting, you will regret caving to family pressure. Since I voted for McCain in 2008 and felt too overwhelmed to make a voting plan in 2012, (I was juggling 17 credit hours, a part-time job, and an internship at the time, all while dealing with health issues and a relationship that was growing increasingly abusive) I didn't get to vote for Obama even once, and I'll always wish I had. Although I was devastated by Hillary Clinton's loss in 2016, I'll always be grateful I cast my ballot for her instead of my family's chosen candidate: Donald Trump.

To vote is to be a part of history in the making — so if your family is pressuring you to vote Republican in 2020 and you're feeling even a little bit conflicted about it, please give yourself permission to vote Democrat. There's so much at stake in the 2020 election — from racial justice to LGBTQ+ rights to women's rights to climate change to healthcare — and who you vote for is none of your family's business unless you want it to be.