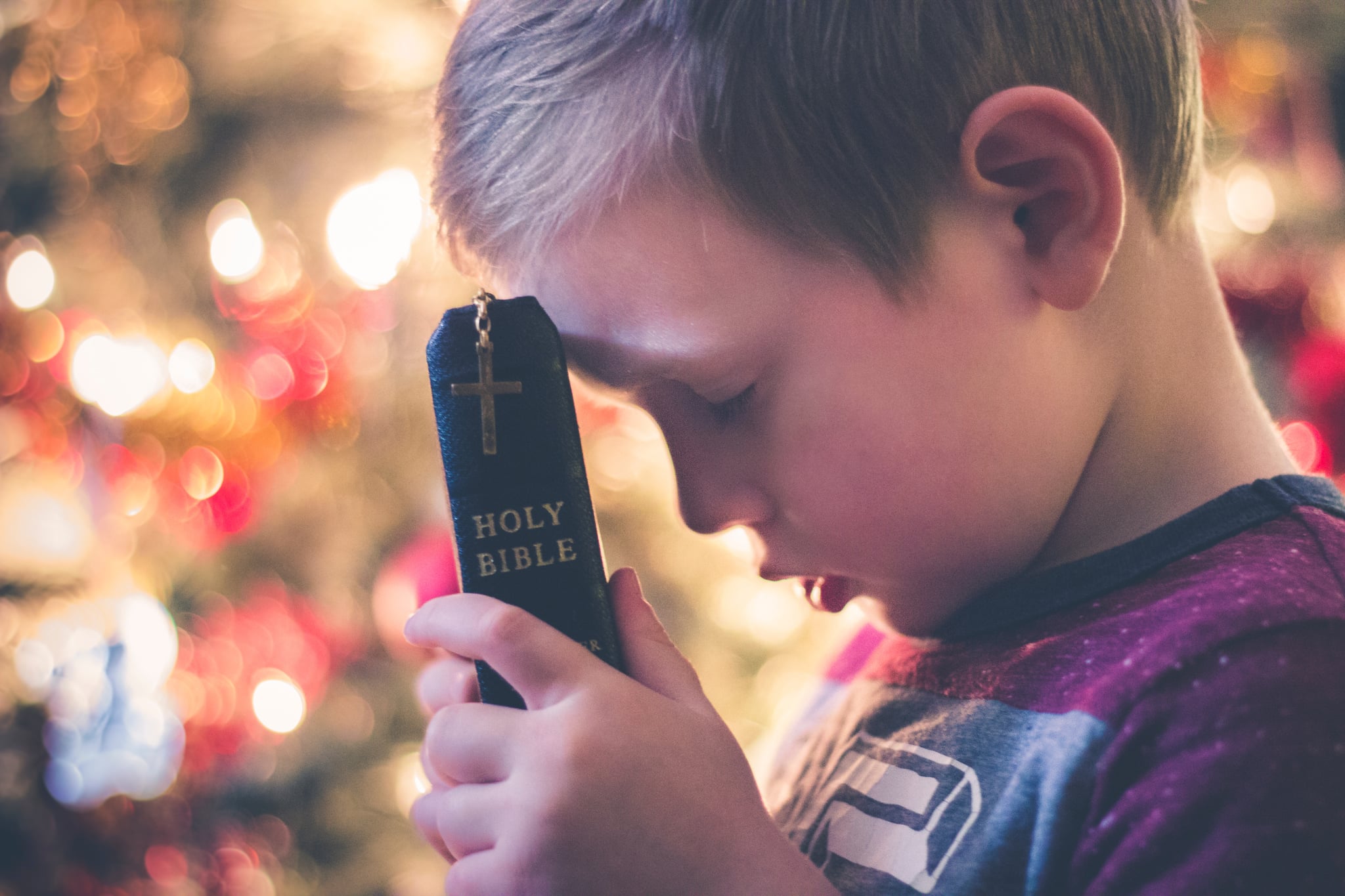 Religion has always been a heavily politicized topic in American society, but it seems there's more need than ever before to discuss the topic openly with our children. Interestingly enough, as the political climate of religious fervor increases, the Pew Research Center's Religious Landscape Study shows a staggering eight percent decrease in the number of people who are absolutely certain they believe in God (between the years 2007 and 2014). And in 2016, Gallup News reported that 21 percent of Americans didn't have a formal religious identity. So even as American politics become more religion-centric, there's an uptick in Americans who are becoming more secular.

It's most important that I nurture his sense of compassion. Because in the end, that's the entire point of having a religion to begin with.

Religion itself is a bit of a loaded topic for me because I'm a Muslim-American and don't really get the option of staying secular anymore. More often than not, I feel like I'm representing my whole religion, which I suppose is a million times better than having a lunatic terrorist represent it. I could have never imagined that I'd be raising Texas-born, Muslim-American boys during one of the most hostile and xenophobic periods of our country's history. And even if you aren't the same race and religion as me, your kids still aren't immune to it. They too are witnessing and absorbing the fever pitch politicization, and inevitably enough, the polarization — in the name of God.

Related:
Is It Too Soon to Have Parenting Regrets?

I grew up in America during a time when no one knew what a Muslim was. It was a much simpler childhood than one that's afforded my sons, sadly enough. And now I'm raising children whose religion is construed as infamous and, for all practical purposes, under attack.

There is reckless talk of a Muslim registry and a Muslim ban as if it should be the norm. There's no way to shelter my children entirely from this topic, and I address it in a matter-of-fact way without getting emotional. I don't sugarcoat what is happening, but I also work hard to quell any fears that emerge about them living as Muslims in America.

Related:
How a Necklace Made Me Question My Abilities as a Mother

I try to educate my children about other beliefs and emphasize the similarities found in all religions. We celebrate Christmas and Eid with equal enthusiasm, both of which my children know as major holidays in our household. We talk about how many of our friends have different religious beliefs and how we can be right without them being wrong. We talk openly about how confusing it is for them to hear President Donald Trump's rhetoric about our religion, but also about how saying something doesn't necessarily make it true. We talk about big ideas, like how religion is just a path to spirituality and how that is where God resides anyway. We talk about heavy things like death and the importance of cultivating a relationship with yourself. And as my 9-year-old is slowly starting to get exposed to topics like gay marriage, abortion, and suicide, it's most important that I nurture his sense of compassion. Because in the end, that's the entire point of having a religion to begin with.