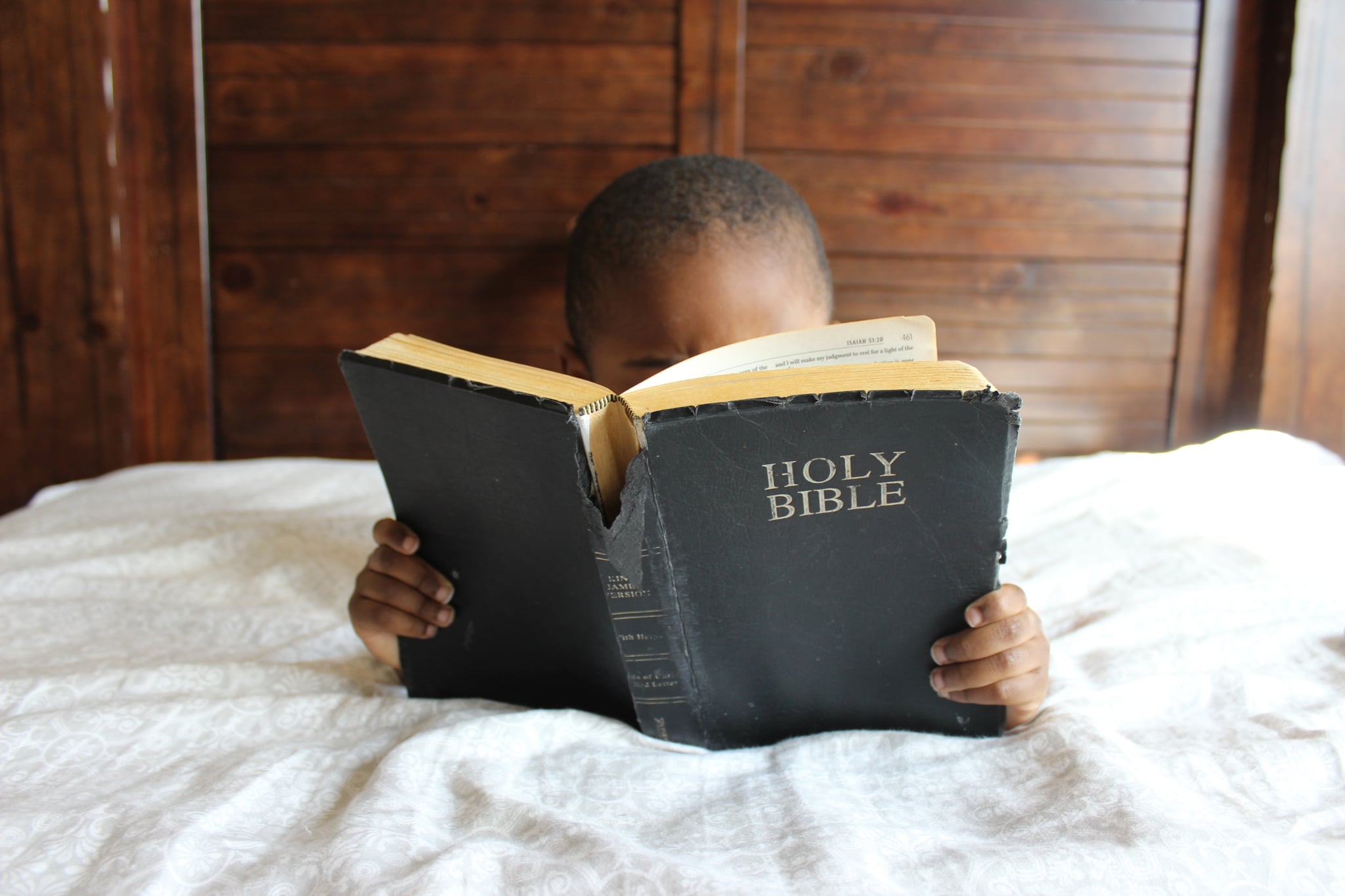 Spirituality and religion can be both the hardest and easiest things for people. Some are raised in a religion they know they belong to, some branch out to try something new that speaks to them, and others can feel a bit lost, like there isn't anything real to cling to. Because of this, raising children can be tough in certain households, especially when two religions conflict. Do you teach your children one and not the other? A little of both? Practice something new as a family? These can be hard questions to answer.

While many couples continue to practice the religion or religions they were raised with with their own kids, my husband and I decided to be much more flexible. We were both brought up in semi-secular, semi-Protestant, semi-Jewish households and have experienced a wide variety of religious and spiritual traditions. We feel blessed (yes, we use words like "blessed") to have been given such open minds when it comes to our belief system, and we hope to give that to our children as well.

Related:
The Struggles of Dating Outside Your Religion

Ours is not a religious household; it's a spiritual one.

But it's far from easy. From the moment our kids were born, we've tried to create a household of openness to the divinity, interconnectedness, and unknowability of life. On the other hand, we're also aware of some of the dangers that come with a set religious tradition — such as being less generous. Navigating a path between the two has been a huge challenge as a parent, but I'm determined to make it work.

Ours is not a religious household; it's a spiritual one. While religion is more distinctly defined, there are almost as many definitions of spirituality as there are people. That's why we like it. In our home, we talk about thinking of others as well as praying for others. We hold hands at meals and sing the Johnny Appleseed blessing. We are open to, and open about, the relationship between the physical and metaphysical world. And if questions about religion come up, we answer them as clearly and honestly as possible (you'd be surprised by how much a 3-year-old and 4-year-old can grasp).

Before we decided how to influence our children, it was critical that we understood our own pasts with our beliefs. I was raised in a very secular household. While my parents were careful never to counsel against other religions, there wasn't much room for spiritual personality in our house. We said prayers when we lit the Hannukah candles, and that was about it. I later discovered my mom is an atheist and still haven't gotten a clear answer from my dad. I respect those beliefs, but I'm also aware that they influenced me and contributed to a sense of spiritual timidity. I had to work hard to figure out what my hang-ups are and not pass them on.

Anyone who knows me will tell you I run a tight ship at home (it might be too tight, frankly). I allow no argument when it comes to manners, cleanliness, speech, bedtime rules, respect for elders, and compassion toward the ways others choose to live. Aside from that, I like to think I'm a pretty easygoing parent when it comes to matters of philosophy, aesthetics, and career. My husband and I have made it clear that we have no problem with any profession, as long as it's an honest one. If a wage job makes my kid happy for life, great. Likewise, we are vociferously supportive of homosexuality, alternative gender identities and family structures, and more.

Related:
Dear Firstborn, I Regret Listening to All the Other Moms

Because I felt like my beliefs growing up were forced to stay in a narrow lane rather than a wide path, I want my kids to explore, learn, and decide for themselves what works best for them. I try to teach them to be understanding, kind, and open and believe in the unknown higher power that makes life so beautiful, whatever that may be to them. And I know that this comes with a lot of judgment, but that is — if you will — my cross to bear. I bear it willingly, in the hopes that our openness will allow our children to find the best and happiest versions of themselves.