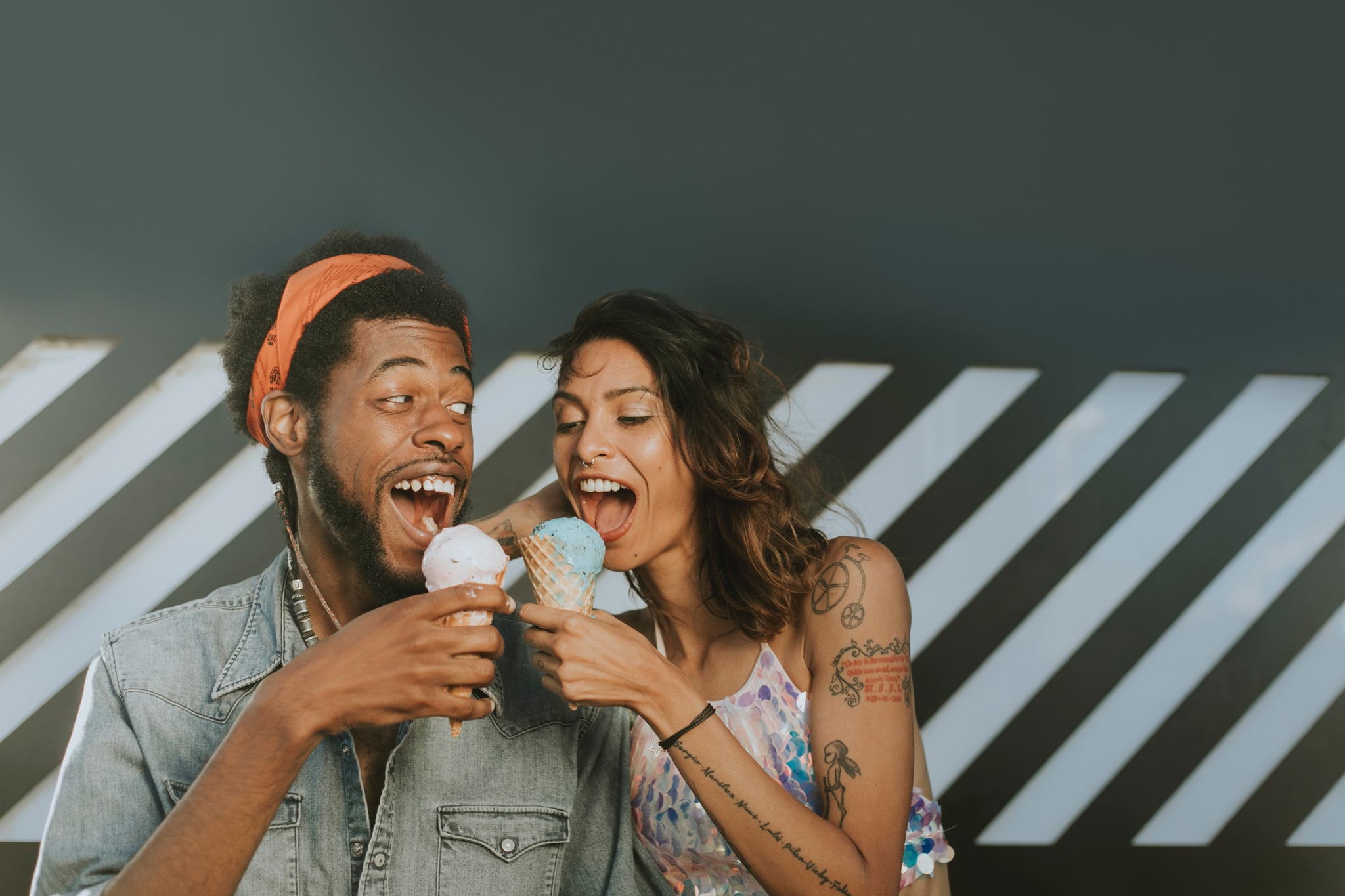 Getting out once you have a baby is hard. Getting out when you have several children can be damn near impossible. But if you're anything like me, the monotony of staying in night after night, and making your way through your Netflix queue, can become tedious. In hope of pulling us out of our nighttime rut, I recently tried the Post-It Note date night idea with my husband, and it's one of the best things I've ever done for our marriage. Not only did it put the fun back in our relationship, but it's also helped us maintain our strong foundation.

We had so much fun the first night that we started picking ideas from our jar at least twice a week.

To do it, all you need is a mason jar and a few stacks of different colored sticky notes (or popsicle sticks, whichever you prefer). You and your partner each take your own colored sticky notes and write down date night ideas before adding them to the jar. Every week, you each pick an idea from the other person and do that activity for date night. You can also color-code the ideas by category, like staying in, going out, fancy ideas, etc. The beauty of this idea is that it's entirely customizable (we're homebodies, so we came up with mostly fun, cheap ideas we can do at home).

Related:
10 Years of Marriage and 2 Kids Later, This Is How My Husband and I Stay Together

Since I had created the jar, I gave my husband the honor of choosing our first popsicle stick. He pulled "cook-off," a challenge in which each of us had to create something in the kitchen using only ingredients that we had on hand. He decided that we would make smoothies, and I declared myself the winner after the sheer color of his concoction was enough to make just about anyone gag (although his was much healthier than mine). The night was a huge success that was only made better by the fact that it ended with a bedtime snack.

We had so much fun the first night that we started picking ideas from our jar at least twice a week. Some have made me laugh harder than I have in years, like the time we created a completely ridiculous story by picking a topic and taking turns adding sentences to it. Others have been productive, like the time we took on a much-needed home decor project together. And some nights we play a game of 20 questions that takes us back to the long conversations from when we first started dating.

Related:
Why You Should Start Couple's Therapy Now Instead of Waiting For Problems

Spending quality time together learning, laughing, and talking has always been an invaluable key to our relationship, but this date night idea has really helped. Right now, our nights are mostly consumed with Game of Thrones in preparation for its return in April (there's so much to catch up on!), but we still sprinkle in date nights and are both excited to have them more often again. Maybe I'll even add a new TV binge-watching session popsicle stick to the jar, because, let's face it, those nights are pretty great, too.

Relationships
Peloton's Jess King on Fiancée Sophia Urista: "Her Love Has Healed Me in So Many Ways"
by Samantha Brodsky 2 days ago