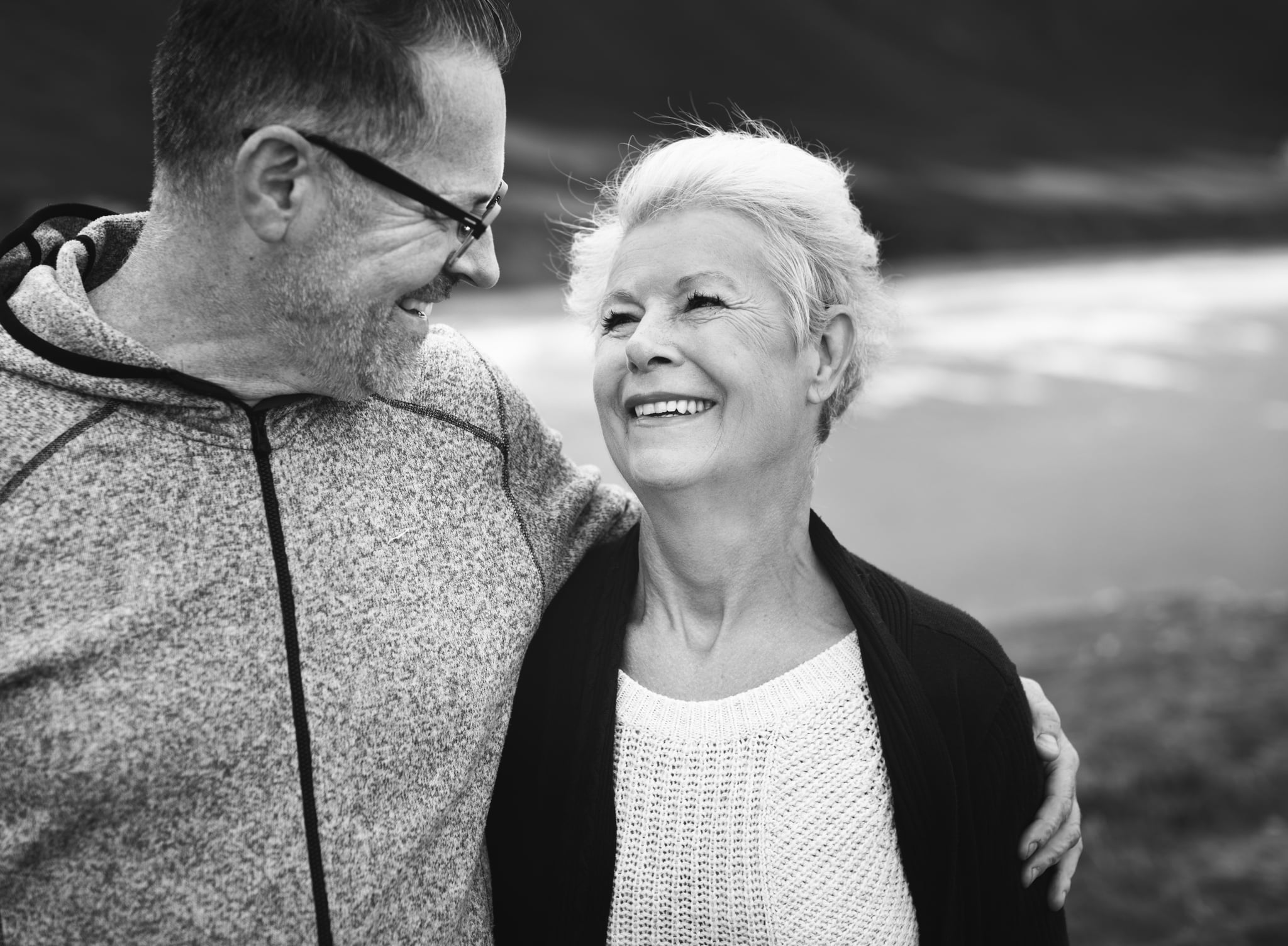 Life is busy. Most of my everyday thoughts are consumed with things like work, running errands, and paying bills. It's so easy to forget to take a step back and remember who and what is most important to me. I never used to have an excuse to shut off and do that . . . until my mother-in-law died.

We knew that she wouldn't be around as long as anyone hoped, because she had been battling cancer for over 10 years when we met, but I never imagined having what I knew in my heart to be our final conversation so soon. I was by her side in her final days, and I told how thankful I was for her for raising such a wonderful man. That conversation will stay with me forever.

The first time I met my mother-in-law, she was extremely stoic, strong, and optimistic. I never would have known that she was battling cancer if my now-husband didn't tell me. He and I went on to date for almost five years before we got engaged, and I always looked forward to becoming her daughter-in-law. And because of her infectious optimism and the fact that her cancer was treated more like an annoying task rather than an illness she was fighting with everything she had, I just assumed she was going to be fine. The family didn't acknowledge any other outcome — she was going to live a long, happy life. When it spread, there was talk of new treatments, surgeries, and holistic remedies. But then we all learned the hardest lesson: no matter how hard you fight, sometimes cancer wins.

On May 6, we were married by her bedside as the sun shined through the windows. My sister-in-law and niece wore their bridesmaids gowns and dressed her in the outfit she bought for the wedding.

When her cancer first spread, my husband and his family didn't seem too discouraged, but I could tell my future mother-in-law was beginning to lose hope. She started mentioning how she might not be around for our wedding. Little comments like this continued every so often, not as a negative thought but more of a fact she was trying to come to grips with. So, one day I brought it up with my fiancé. He didn't take it too seriously, probably because the reality of her health was too much to face. But toward the end of December, I suggested moving up our wedding date. We spoke with the venue, the church, and the photographer, and changed everything to a Saturday in May.

But a few weeks before the wedding, her health began to decline more rapidly than we'd ever seen before. My now-husband called me from his parents house and said he was worried she wouldn't make it to our wedding. All the things I ever felt about her and the relationship I envisioned us having once I was officially a member of the family rushed through my mind. I desperately needed her to know what she meant to me and how I knew what she meant to him. I have never been comfortable sharing exactly how I feel about someone to their face, but something inside me knew this needed to happen.

I drove straight there. When I arrived, I sat next to her bed and held her hands. I thanked her for raising her son to be such a wonderful man. I made sure she knew that her son was gentle, kind, compassionate, thoughtful, loyal, and strong — that he was all of these things because he saw them in her. I told her how much I love him and am honored to become his wife. I thanked her for teaching him to respect women and love fiercely, and she thanked me for telling her how grateful I am for her and for truly seeing her son. That was the last full conversation we ever had.

She became increasingly unresponsive over the next 24 hours. The next day, I asked my fiancé how he felt about having the pastor come to the house to marry us. His initial response was that we wouldn't need to do that because she would be OK, but after talking to his dad and sister, he agreed. When we tried to gently rouse her to tell her our plan, her eyes fluttered open, she took a labored breath, and quietly murmured, "That would be great." Those were the last words I ever heard her speak.

On May 6, we were married by her bedside as the sun shined through the windows. My sister-in-law and niece wore their bridesmaids gowns and dressed her in the outfit she bought for the wedding. My husband sat with her as we played the song they were supposed to dance to at our wedding. My father-in-law said he saw her open her eyes once during the ceremony, and when the room cleared out, I bent down to whisper that we officially shared the same "Mrs." title. Her eyes didn't open, but a small smile did creep up the corners of her mouth, and I truly believe she knew what was going on that day.

I couldn't let her leave this earth without knowing the impact she made on me. And the biggest lesson I learned from that time was that it shouldn't take impending death for us to share our feelings. Now when I love someone, I tell them as often as I can.

A few days later, as we all took turns sitting with her and holding her hand, she took her last breath. While I initially didn't want to go ahead with our scheduled wedding a few weeks later, my husband, his dad, and his sister said she would have wanted us to do it and that a celebration is something they all really needed. And now, almost seven years later, we celebrate our marriage anniversary on May 6 and our wedding anniversary on May 14. And three years after that first May full of wedding vows, we welcomed our first child into the world and honored my mother-in-law by naming our daughter after her. Though I wish she were here to take part in the things our family shares, I'm so grateful I had the opportunity to tell her everything before she left us.