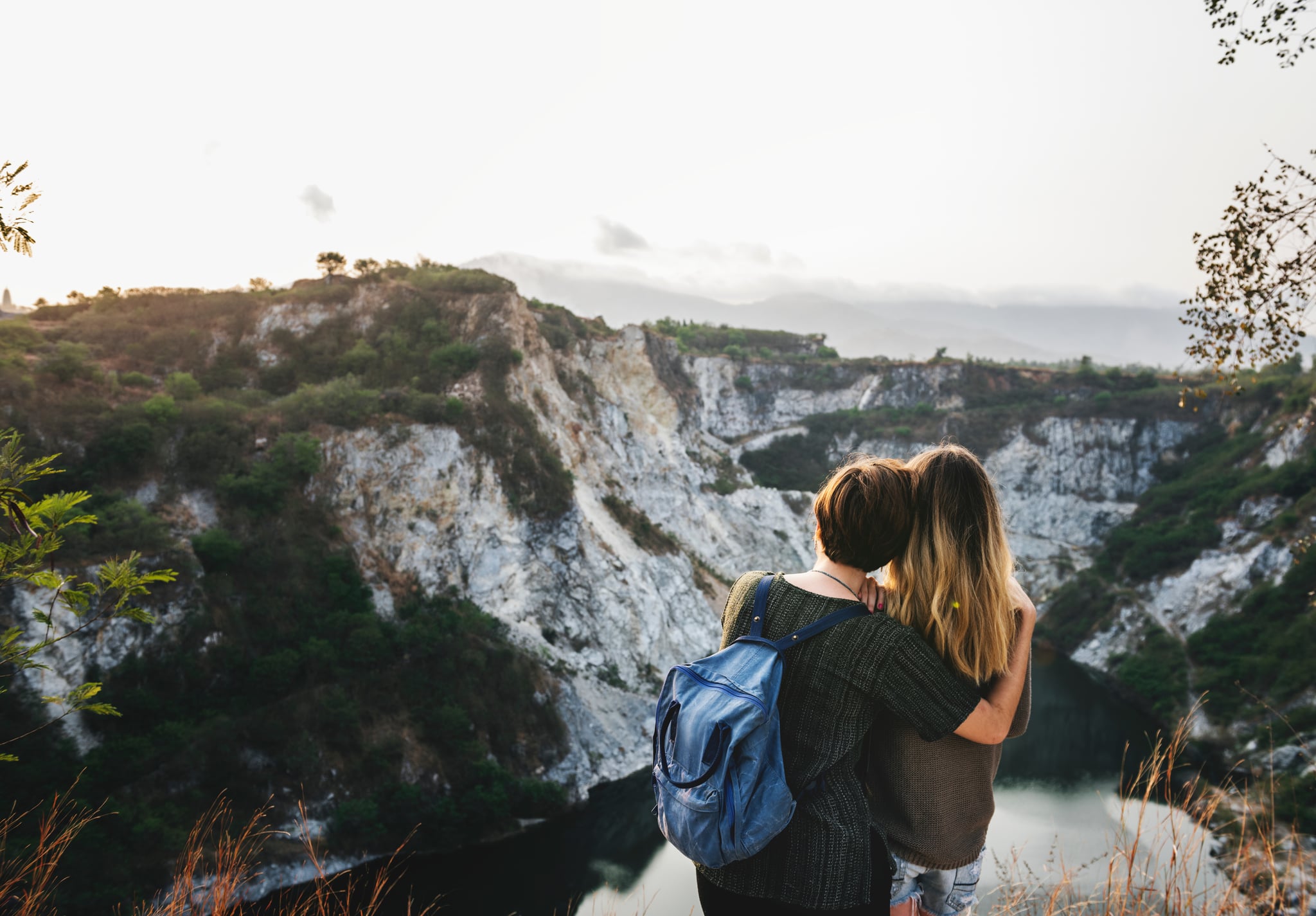 My mother and I shared a love of Broadway, swapped silly nicknames for our mutual coworkers, and spent an hour talking on the phone every night — or we did, until the lymphoma she was battling pressed so tightly against her vocal cords that she could no longer speak.

For a long time, we were not best friends. We were not the type to get mother-daughter tattoos. She felt like both parties needed their own circle of friends. In fact, she unfriended me on Facebook when I was 25, saying she was uncomfortable seeing so much of my life up close and uncensored. She was not one to share dating advice, and I knew very little about her romantic history before she married my dad.

I was so scared to face the truth of losing my mom that I acted like a child, losing our budding friendship in the process.

But there were glimmers of a budding, adult relationship. I loved the days she would come into Manhattan to meet me for lunch in the sleek Midtown skyscraper where I worked, where I would proudly pull out my credit card to pay the bill. I loved the times she would tell a funny joke or story, or give her real, uncensored opinion about something. I loved when she would reveal pieces of her life before me, usually by starting with the phrase, "Did I ever tell you?"

The more time I spent with her, the more I felt I wasn't just hanging out with my mom but was making a friend. Our brunch conversations were sprawling and open-ended, especially when she agreed to go to one of the unlimited mimosa deals in my Brooklyn neighborhood. And then, when I was 27, she got sick. I was terrified. I remember spending the majority of our phone conversations in those last six months of her life bitching about my job and stressing out about whether I would ever find another position. I'd poured all my anxiety into my job search and let it all out on her.

The Most Powerful Thing You Can Say to Another Mom

I would rage and cry in my Brooklyn apartment, and she would listen. I never asked her how she was doing, I think because I didn't want to hear the answer. My mother's cancer had gone from easily treatable to complicated in the course of six months. By the time my 28th birthday rolled around in October, it looked like we would have about a year. That included the holidays, where my brothers would come from the West Coast to visit our New Jersey home, and it included Summer. We had time.

Until we didn't. My mom got rushed to the emergency room the day I started the new job she always assured me I would get and had a tracheostomy tube installed so she could no longer speak. She died two weeks later. When I was going through her things, I found a note in her day planner, written just a few weeks before my birthday — "I worry Anna is not becoming a very nice person."

I still feel guilt over the last year of her life. She didn't need a child; what she needed was a friend.

That wrecked me. I couldn't believe she had spent her last few weeks worrying about me, and I felt guilty that I had put her in a position to have to do so. I had been so terrified of losing my mother that I had almost become a caricature of myself — complaining about coworkers, making arch comments about friends, and rolling my eyes at everything going on around me. I was so scared to face the truth of losing my mom that I acted like a child, losing our budding friendship in the process.

Related:
The Last Thing I Said to My Dad Before He Passed Away

My mom has been gone for eight years. I'm 35 now and a mother myself to a sunny little girl named Lucy. I so wish my mother was still here. I wish we had had more time. I feel like I lost my mother right as I was on the true precipice of adulthood. I also still feel guilt over the last year of her life. She didn't need a child; what she needed was a friend.

As a mom, I know that she would have forgiven me for my selfish, self-absorbed behavior. I hope, in some way, dealing with my stupid work drama took away some of the fear and focus on her illness. But I also hope she knows just how often I think back to our conversations. And when I think of her, I think of those moments at sun-spattered restaurant tables, when her voice dipped low, her eyes gleamed, and she began a story with, "Did I ever tell you?"

Well, I never told you, mom, but you were my best friend, whether you believed in the concept or not. You still are. And, like any best friend, I know you forgive me for not being the daughter I should have been. I'm so sorry, and I love you.

Hailey Bieber
No, Hailey Bieber Did Not Start the Brown Lip Liner and Gloss Trend
by Ariel Baker 10 hours ago