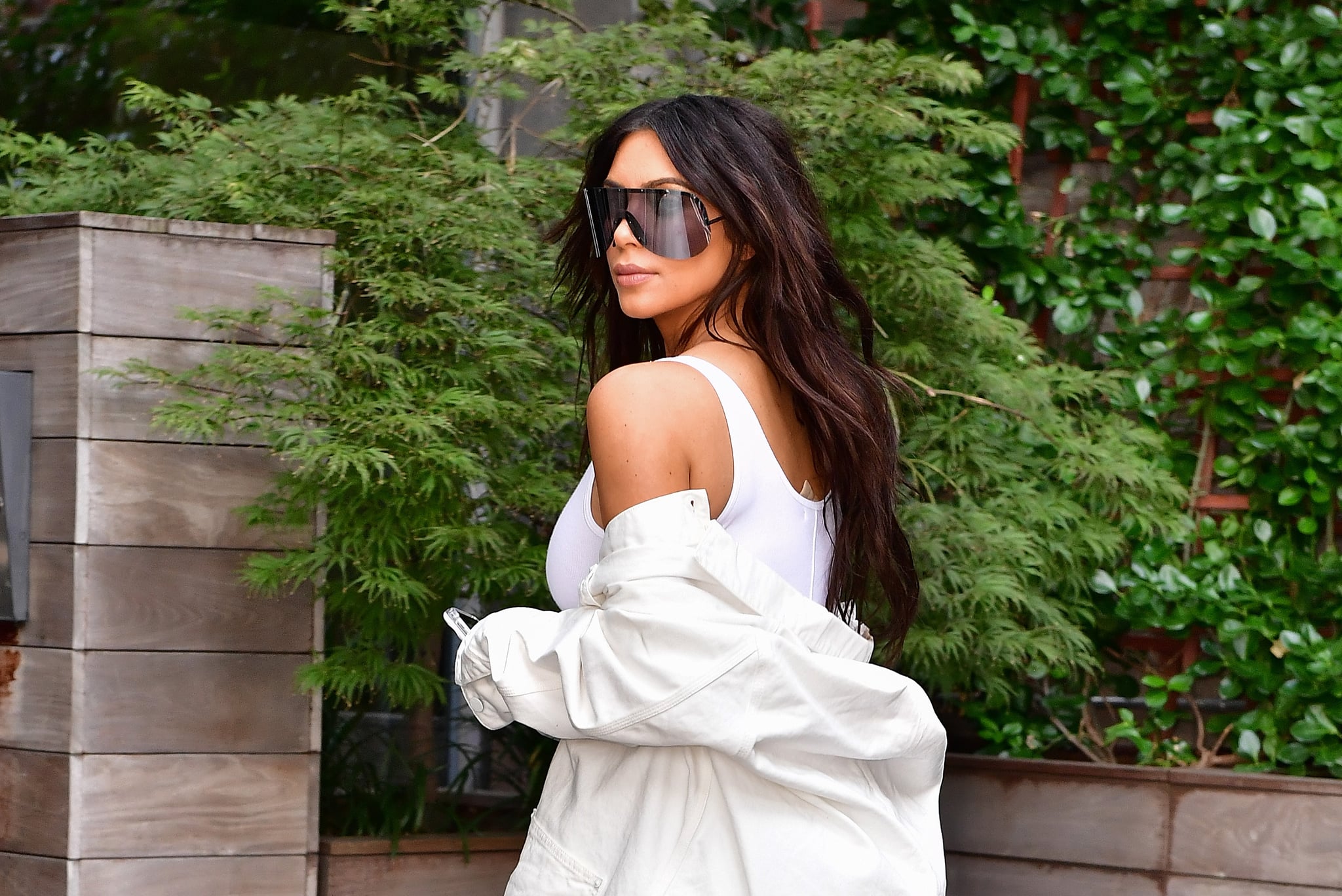 Kim Kardashian was recently bound, gagged, held at gunpoint, and robbed of over $10 million in jewelry while in Paris for Fashion Week. Details of the terrifying attack trickled in from various news sources, and it didn't take long for social media to become a complete and total dumpster fire. A staggering amount of people felt that the violence inflicted on Kim was "karma" — that she brought the attack on herself by having the audacity to own expensive things and wear them in public. "If your [sic] gonna flaunt it and someone steals it, you kinda asked for it," one Facebook user wrote. "Act like trash, you get treated like trash," said another. Many offered up advice as to how she could have avoided the incident altogether — "You can't flaunt your business all over social media 24-7" — while others sent sincere well-wishes: "May you learn to stop shoving your money down our throats." I won't even get into the number of comments from people expressing disappointment that Kim wasn't sexually assaulted or killed (yes, really), but those heinous messages inspired other, more kind-hearted commenters to support the reality TV star. And the overwhelming defense seemed to be: she is a mother. "Nobody deserves to have that happen to them. She's a mother!" "I would never wish this on anybody, especially a mother of two." "However you feel about Kim, this is just horrible. She is a wife and mother."

Connecting a woman's worth to whether or not she is married or has children is unfair and hugely hypocritical, yet "she is a mother" seems to be a common way to both advocate for and condemn a woman, especially when it comes to Kim Kardashian. She is, perhaps, one of the most polarizing celebrities of our generation, someone who causes complete chaos just by walking down the street, hitting "share" on an Instagram photo, or just existing, really. People hate her because of how she became famous (that sex tape, remember?) and become enraged every time she posts a sexy social media photo (as if it isn't the basis of her brand). So when thousands of well-meaning people remind others that Kim has two beautiful children, urging us to be thankful that North and Saint West weren't present in the Paris hotel room where she was held hostage, I have to wonder how many of those same people have left comments reminding Kim that she has two beautiful children and urging her to "cover up" because "she is a mother."

Related:
Kim Kardashian May Not Be Your Role Model — but She Didn't Ask to Be

Case in point: in August, Kim hit the beach with North and Saint while vacationing in Mexico. They were hanging out near the water, laughing, building sandcastles, and experiencing the general merriment that comes with being on a tropical getaway. True to form, Kim showed off her curves in a teeny-tiny, nude-colored bikini, and the Internet was not pleased (I guess they expected her to wear a wetsuit). Comments included: "Disgusting and inappropriate that she would wear that around her kids," "Trashy when you're at the beach with your kids showing that much ASS!" and "Walking around half nude with your children is not what a parent should do. Having pride in your body is fine, but don't be a bad example for your own children."

I would argue that being misogynistic or overly judgmental of others is a worse example for children than wearing a bikini at the beach.

I'm not a huge Kardashian fan, but I recognize that Kim is an integral part of the conversation surrounding the expectations we have for women once they become mothers. I recognize that her parenting skills have been called into question since she gave birth in 2013 and that people have doubted her ability to be a good mom from the jump because of her lavish lifestyle and sex symbol status. They've even estimated how much therapy North and Saint will need when they get older. Nobody really knows how Kim is raising her kids, but we can assume that they are fed, clothed, and sleep in a warm bed every night. Beyond that, it seems unfair to assume that her priorities aren't in the right place because of how much her jewelry costs and how little clothing she wears.

I don't believe that saying "she is a mother" to assert a woman's worth immediately implies that a childless woman has none. But it does present a conundrum: how can motherhood be used to build somebody up AND tear them down? You can't have it both ways. You can't vilify a woman for her wardrobe or sexual past because she's a mom, while also insisting she be shown more compassion because she's a mom. You can't claim that motherhood makes a woman worthy of praise and celebration while also using her motherhood against her when you feel she isn't behaving in a way that you see fit. There are a lot of things to be on the fence about when it comes to Kim Kardashian (I, for one, am continually disappointed in her comments about feminism), but when it comes to her being "somebody's mother," it's time for the public to pick a lane.

Furthermore, we shouldn't have to consider a woman's status as a mother (or a wife, a sister, a daughter, an aunt) in order to relate to or empathize with her. Yes, Kim Kardashian happens to be all of those things. Many women are. But in the event that someone is attacked and their safety put at risk, how is it relevant? Being a person should be enough of a reason to be respected and valued, no matter how much you disagree with how someone lives their life.

Kim Kardashian doesn't deserve our sympathy after being held at gunpoint because she's a mother; she deserves our sympathy because she's a human being. We should feel bad for people who have had horrible things happen to them, regardless of how many children they have, or if they have children at all. "She is a mother" has become a dangerous dichotomy, and we should stop putting moms on a pedestal for the sole purpose of judging them from where we stand below.

Healthy Living
I Decided to Fight Hustle Culture by Doing Less, and I'm Not Turning Back
by Ashley Broadwater 10 hours ago

Digital Life
I Started Putting My Phone in a Different Room at Night, and It Really Improved My Mental Health
by Caitlin Gallagher 12 hours ago