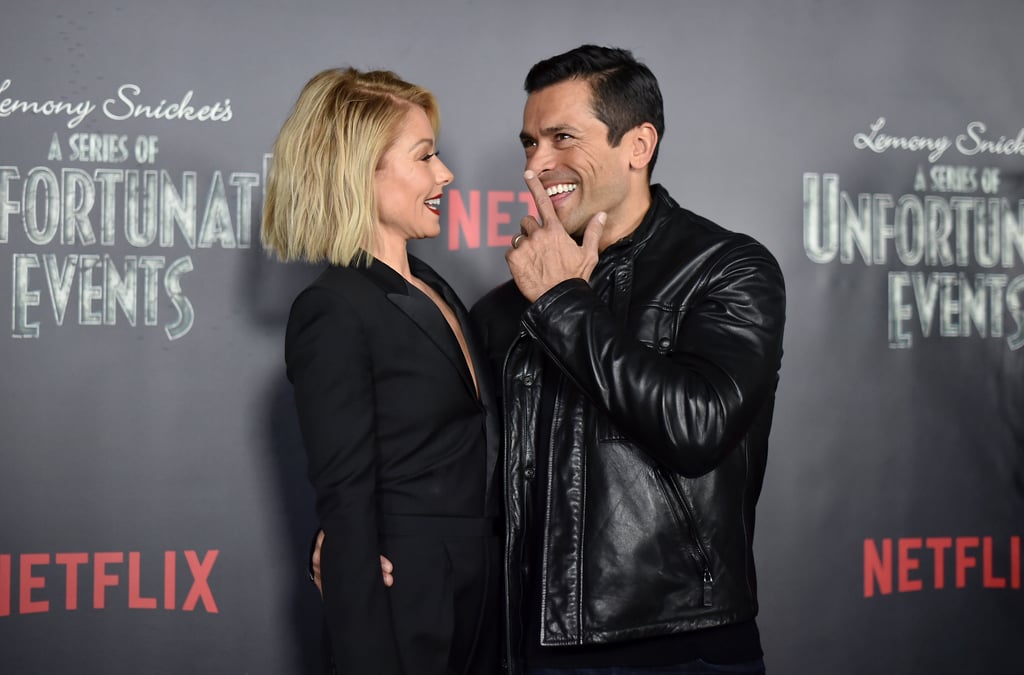 Mark Consuelos's Reaction to Kelly Ripa's Baby Fever Was Basically "LOL, How About No"

There's a serious case of baby fever sweeping through the Consuelos family's household, but it looks like the epidemic has only infected the matriarch, Kelly Ripa. The 48-year-old mother of three welcomed fellow talk-show host and longtime pal Andy Cohen on Live With Kelly and Ryan on Monday to discuss the source of her aforementioned fever: Andy's 2-month-old son, Benjamin. "He's causing women all over my life to start re-ovulating," Andy joked. "I mean, Kelly came over, and her body was responding in ways . . . I was like, 'Whoa!' I do have to calm the ladies down a little bit."

Kelly was quick to share that she was definitely feeling *things* after she and her family paid baby Ben a visit together, even admitting that she brought up the idea of having a fourth child with her husband, Mark Consuelos. "I was putting it out there for Instasuelos last night," Kelly began, referencing her husband's Instagram handle. "[He] was like, 'It's alright, let's be grateful for what we have.' And then he put on Game of Thrones and fell asleep, so that was like the anti-aphrodiasiac." Hah! It looks like these two have their hands full with their three grown children, Lola, Michael, and Joaquin. "Consuelos, party of five" it is.