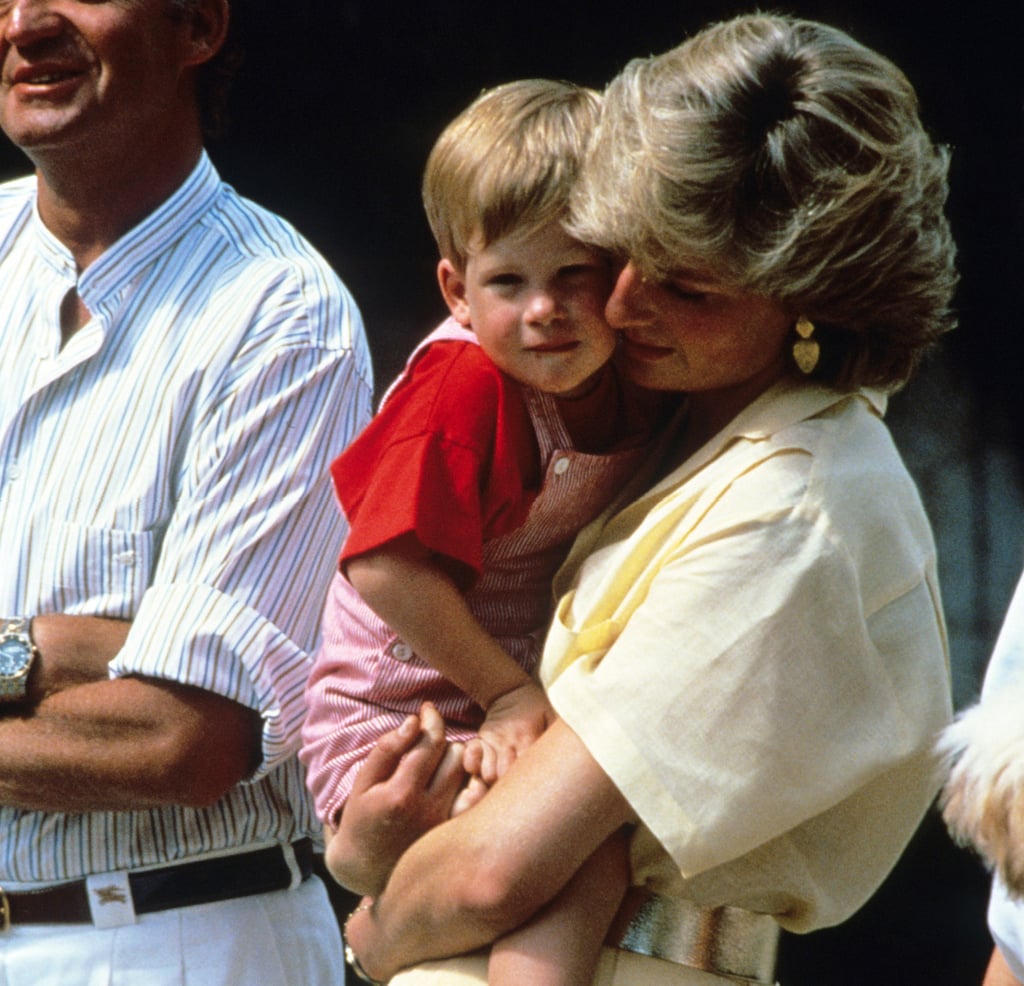 Princess Diana was known for her kindness and compassion in her philanthropic work — she was actually the first member of the royal family to come in contact with a person infected with HIV or AIDS — and her affectionate ways extended to her own family, too. It's well documented that she and Prince Harry loved to hold hands, but that wasn't the extent of the sweet gestures she made toward her sons. The late princess was also photographed cuddling a young Harry (pictured above) and sitting with William nearly in her lap during a polo match.

At the time, it was a breath of fresh air to see a senior royal showing affection in public because of the queen's unwritten rules that discourage such gestures. (Remember when Prince William got scolded for crouching down to Prince George's level on the balcony of Buckingham Palace?). It's also telling that Princess Diana often chose casual poses with her children tucked close for official photographs rather than more formal setups like we still sometimes see from the royal family.

But it shouldn't be surprising that the People's Princess was such an affectionate mother — she spoke out about the importance of hugging in 1992, saying, "Hugging has no harmful side effects. If we all play our part in making our children feel valued, the result will be tremendous. There are potential huggers in every household." We bet she gave the BEST hugs! Keep reading for all the loving moments between Princess Diana and her sons, Princes William and Harry.

Related:
Princess Diana Used This Classic Trick to Get Her Kids to Smile in Pictures
Previous Next Start Slideshow
The RoyalsParentingPrince WilliamPrince HarryMotherhoodPrincess DianaThe British Royals