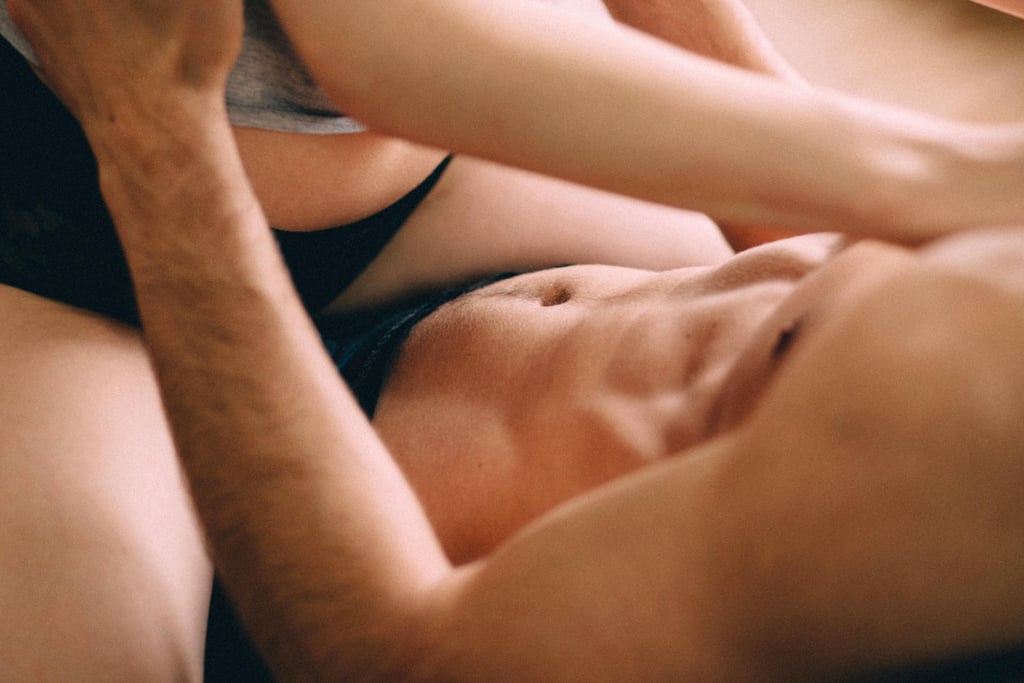 You're pregnant; you're feeling great; you're in the mood to get it on. Experts agree having sex during pregnancy can have positive long-term effects on both the mom and baby. "Sex is known to release endorphins and oxytocin — otherwise known as the 'love hormone' — allowing for relaxation and a sense of well-being," said ob-gyn Kecia Gaither, a maternal fetal medicine specialist at Montefiore Medical Center in New York City, in an interview with Women's Health.

So if you're feeling well enough to get it on with your significant other, go for it. There are no health reasons to abstain from enjoying sex for nine whole months. But as you get further along, there are certain, ahem, positions you should be wary of as you approach that nine-month mark.

Babies
This In-N-Out Burger Newborn Shoot Will Have You Craving Fries in 3, 2, 1 . . .
by Murphy Moroney 7 hours ago