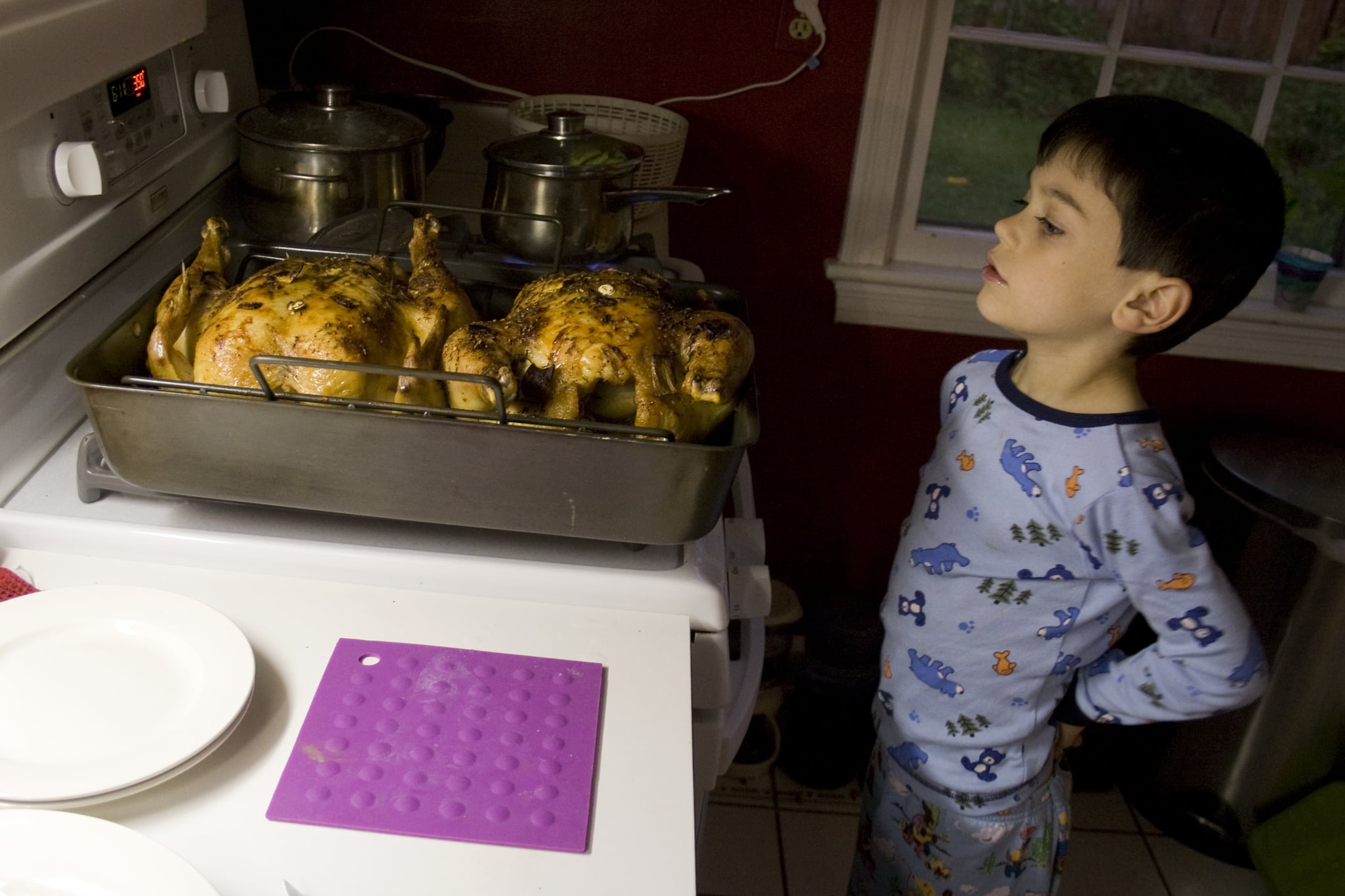 I've decided I'm giving myself a pass on Thanksgiving this year. Sure, a few months ago, I told my whole family that I would be happy to host, knowing I was overdue and not really thinking about what the commitment truly involves. "Some light cleaning, buying a turkey, whipping up a few sides . . . what's so hard about that?" was pretty much the extent of my thought process. Both of my kids would be back in school, after all, so in my mind, I'd have hours during the week to prep for the holiday.

Then school started, and instead of feeling like I had less on my plate, I was quickly reminded that with the school year also comes Fall sports practices and games, extracurricular activities, and more play dates, not to mention all the never-ending barrage of permission slips, homework, fundraisers, and carpool obligations. Instead of catching up on The Real Housewives, I was doing pick up and drop off and organizing weekends around birthday parties and soccer games and trying to find a few hours a week to work and exercise. So much for the breather; I was busier than ever.

Even worse, I remembered that Thanksgiving is sandwiched between the two biggest kid holidays of the year: Halloween and Christmas. Though we're still a month out from the first, my kids started talking about costumes in early August, I already have three Halloween parties on my calendar, and then there's the small fact that my neighborhood now expects me to hand out gallons of homemade drinks (spiked and kid-friendly) and host a night-of after-party. It's all fun, but it's a lot of work to make a holiday I don't really like special for my kids.

Related:
These Are the 9 Types of Moms You Meet on Thanksgiving Day

And less than two months after we get through that spook-fest, we're celebrating Christmas, with all the shopping, wrapping, eBay bidding on sold-out toys my kids just have to have, tree trimming, light-viewing, cooking, celebrating, and traveling that the most wonderful time of the year involves. It's magical, yes, but also exhausting, especially when you're the one who executes 98 percent of that magic for your children.

And then, in the middle of those two mom-driven holidays, I'm supposed to make a formal feast for my entire family and serve it up in my perfectly clean, not-a-Batman-action-figure-in-sight, beautifully decorated home?! A house that I had also realized would be occupied by my children all week long because school is out the entire week of Thanksgiving?! I quickly started brainstorming ways to get out, realizing that what had seemed like a fun task months out was actually an overwhelming commitment that was liable to put me in the nuthouse before I had a glass (or magnum) of New Year's Eve Champagne.

Luckily, everyone was understanding about me bailing from my hosting duties. My mom and I found an alternative location, a well-stocked rental house two hours from home that neither one of us would have to clean before or after our family arrived and departed, and decided to turn the holiday into a family trip for whomever can make it, with a side of turkey. I'm now simply in charge of the stuffing and the salad, and that, I'm pretty sure I can handle. Thanksgiving might be a time to celebrate family and express gratitude, but this year, what I might be most grateful for is not having to be in charge of yet another holiday for my family.