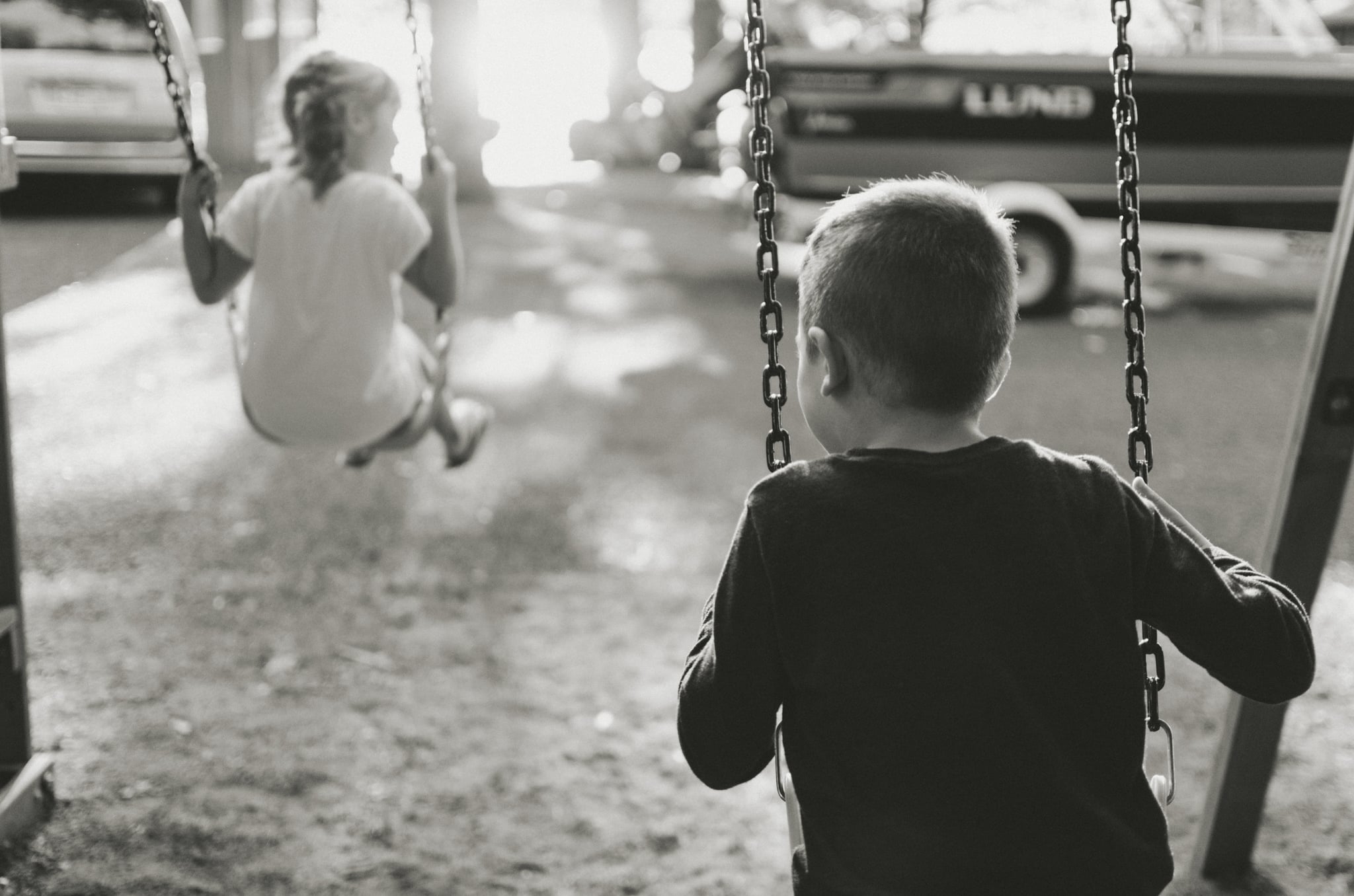 There is plenty to feel bad about as a mom. Too much technology, skipping half the book during story time, using sweets as bribes despite my fear of tooth rot, and forgetting to put sunblock on my 3-year-old son's ears all go into my bank of things that make me feel guilty. One thing I definitely don't worry about, though, is letting him pee at the park — despite those judging faces from other moms.

I can't fathom why people would find this problematic. It's not like I'm telling my son to pee on the slide or weirdly make eye contact with the other kids to let them know who the king of the playground is.

As a stay-at-home-mom with a husband who also works from home, for the sanity of everyone, I spend about 80 percent of my "work day" outside. Some days, this means going to different museums, riding trains, or getting way too dirty at the beach (how is it possible for such tiny children to bring home that much sand?!). Other days, however, are spent scooter-hopping from park to park, since it's free and it means I can relax while he plays with friends. And if we're at the park and he has to go pee, the last thing I'm going to do is make him leave to find a bathroom.

Related:
I Had to Potty-Train My Kid Twice — Here's What I Learned

We're roughly four months PPT (that would be post-potty-training), and while we live mostly accident-free now, holding it for extended periods is still a work in progress. Also needing improvement is his ability to tell me he has to go pee, since I'm usually given about a 30-second warning. I mitigate this the best I can by prompting him, taking him to the bathroom before we leave the house and at every cafe stop along the way. Still, his tiny bladder surprises him and me sometimes. It's like his body knows there isn't a bathroom around.

So, I do what any mom who doesn't want to drag their toddler away from playing and risk a tantrum would do — I find an unobtrusive part of the playground, usually a hidden bush or tree where children are unlikely to play, and I let him pee. If the park had a bathroom, I would use that one instead, but since cities think that people don't need public restrooms at playgrounds, they are few and far between.

Related:
This Is the Absolute Best Example of How Potty-Training Is Different For Every Kid

Instead of inciting a meltdown or risking an accident, I let him pee outside. Really, I can't fathom why people would find this problematic. Young children are clearly learning how to hold it and be more understanding of their bodies. It's not like I'm telling my son to pee on the slide or weirdly make eye contact with the other kids to let them know who the king of the playground is. No, he makes himself as private as possible and relieves himself. A little hand sanitizer later and it's back to playing.

Unless I plan on keeping him indoors all day, or I go back to the land of diapers (absolutely not), I'll keep letting him pee outside as long as there isn't a restroom available and he can't hold it long enough to find one. My days with him are too short to deal with accidents because I'm worried about being judged.