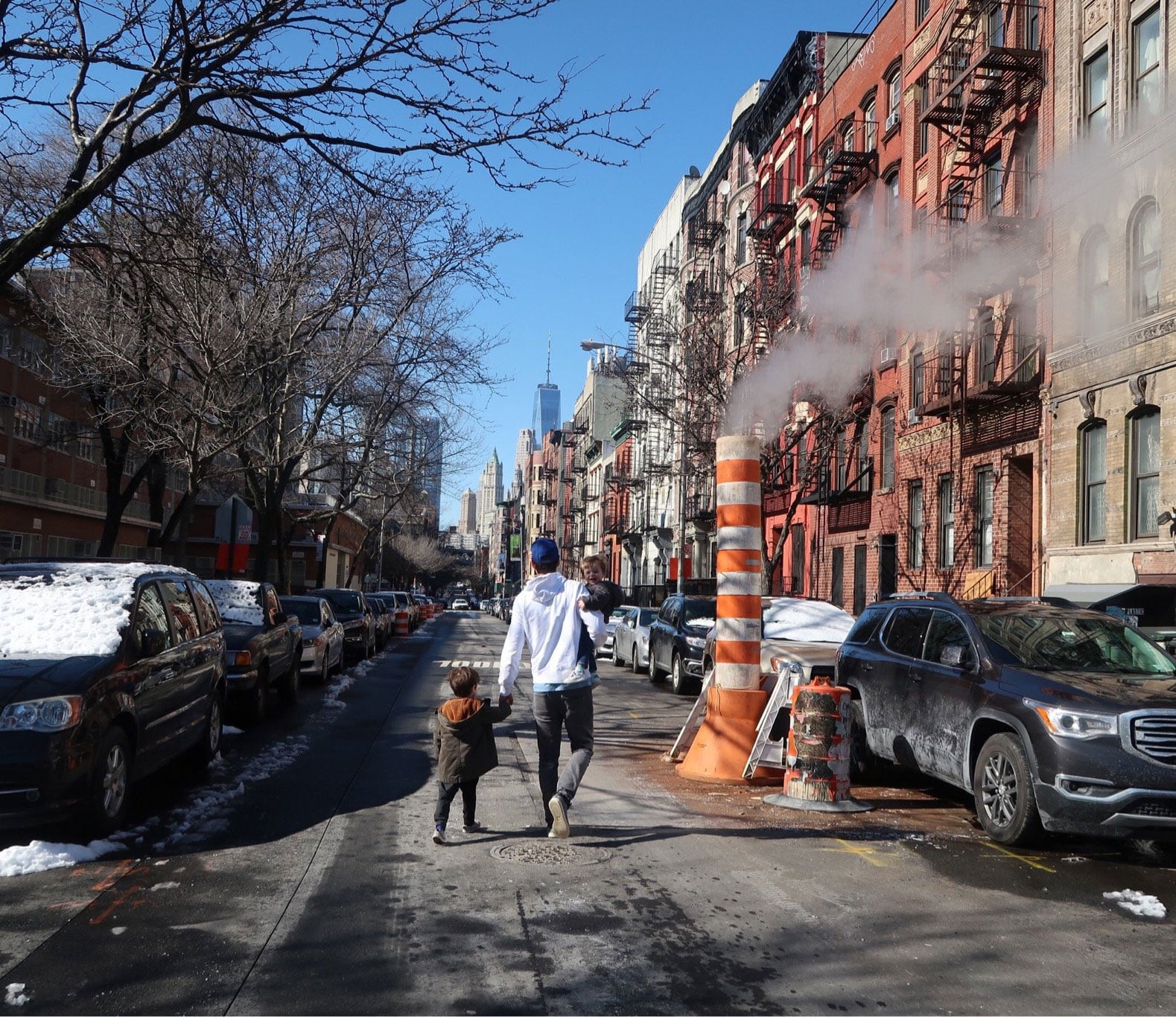 Let me start off by saying I'm a born-and-raised 'burb girl who really loved her suburban childhood. The big backyards, basements made for playing and sleepovers, sprinklers in the Summer, minivan carpools with my friends' parents, riding bikes on the big sidewalks — all things I have such fond memories of. It was as idyllic as one could get, but I will not be replicating the experience for my own kids, and here's why.

Related:
I Used to Regret Being a Stay-at-Home Mom, but I Don't Anymore

You can't compete with cities on the diversity front. From race and socioeconomic status to religious beliefs, a city has it all, and I want my kids exposed to everything. I was 18 years old before I got to know someone who practiced a different religion than me. My entire schooling up until I left for college consisted of me being in classrooms with almost all white kids. And my high school's parking lot resembled a high-end car dealership (the cars definitely didn't belong to the teachers). Don't get me wrong — I'm not slighting my parents at all. They believed they were giving me the best of the best, and I really did have an amazing childhood. It wasn't until I got older, traveled, lived in other cities, questioned my upbringing, and befriended people who had different beliefs and views than me that I really gained perspective on what else life has to offer.

I wished I was exposed to more of that at a younger age, because being able to understand people's differences is really the quickest way to empathy. It's a lot harder to hide behind a white picket fence in a city, and I want my kids to understand that there are people from all walks of life who look and think differently than they do; that diversity is what makes the world a beautiful place.

Someone asked me recently what the hardest part about having kids is. That one is easy for me . . . I miss spontaneous living. Meaning, if it's 5:30 p.m. happy hour on a Wednesday and you decide to continue that party with your partner until the wee hours, you can (news flash: once you have kids, you probably won't even make it to happy hour at all). Everything is planned and scheduled, and if it's not, you're paying the babysitter a lot of money for your spontaneity.

But living in the city, our weekends with the kids often consist of stepping outside and seeing where the day takes us. We've found ourselves at random music festivals, strolling to the waterfront, swinging by a friend's rooftop party, and seeing Questlove DJ a kid's concert for free (actually happened). Most of my friends in the suburbs have very planned weekends, because you need to drive everywhere and can't just step outside your house and be in the action. I love how our city weekends are about as rock 'n roll as you can get with two little kids.

I love the fact that we don't need to own a car. I'd be lying if I told you that I sometimes don't question my sanity when I'm two strollers deep, four diaper bags high, and buried under all the other crap moms carry. I do. But from my 2 and 4-year-old's perspectives, most outings are an adventure, because we're either walking, scooting, strolling, busing or subwaying (sometimes all five in a single outing). Now, I realize I just described another parent's nightmare. City living is definitely not for everyone, and that's OK!

I'd be remiss to not mention I live in Brooklyn, NY, one of the most expensive places in the country to live. Coffee, ice cream, rent, groceries, daycare, etc. — it's all more expensive here. Yet the wealth that some people have here doesn't feel as "in your face" as suburb wealth does to me. You walk down the street, and you don't know if someone owns the entire building or just rents the basement. Since no one really drives anywhere, a car is not a status symbol. The fashion is varied and eclectic. Even the super wealthy still have to typically share an apartment wall with someone else. It's when I visit friends in the suburbs and go to their social functions that I often feel more self-conscious about the material things I don't have. I worry that if I did move to the suburbs, I'd try to keep up with the Joneses in a way I just don't feel the need to living in a city.

New York City is definitely on the extreme end of the spectrum for cultural living. But dare I say, in comparison to suburbs, most cities are a cultural mecca, especially when it comes to food. I was raised 45 minutes outside of Chicago, one of the greatest (if not THE greatest) food cities in the world, and I never was exposed to adventurous eating. Just walking to their respective schools each day, my kids can't help but pass Venezuelan, Ethiopian, Vietnamese, and Bolivian restaurants. My 4-year-old loves arepas - a Venezuelan staple. He also knows that the country of Venezuela is having a hard time right now, and that his friend Leo's parents were born there. All of this conversation made possible just by walking past a storefront that sells a food item outside of his own culture.

And I know that everything I just mentioned also lives in the suburbs. Just because you want a backyard and enjoy driving doesn't mean you aren't surrounded by cultural awareness, spontaneous living, and food adventures. I just know what feels right for my family. Many people perceive city living as being less safe than its suburban counterpart. But to me, if you don't have exposure to diversity, the world would seem like a much scarier place.