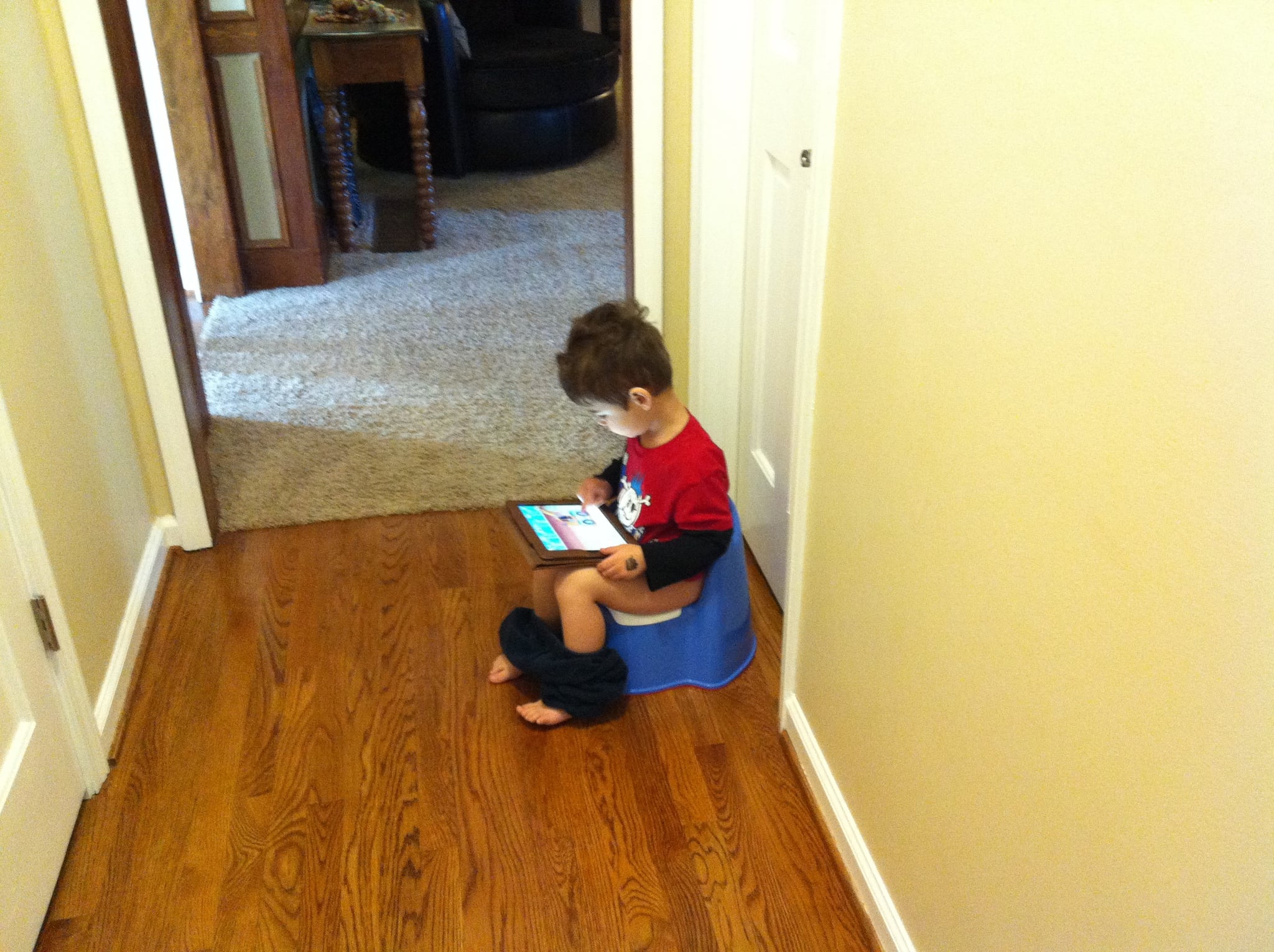 About eight months ago, I started trying to potty-train my freshly 2-year-old son. Three days later, I threw in the proverbial towel. Frustrated by his lack of understanding and continuance to avoid the toilet, I had turned into a unrecognizable parent. I was short tempered and snappy, exacerbating his own feelings of dissatisfaction. The decision to quit potty-training after three days of hard work was not an easy one to make, but I couldn't fathom spending anymore time in a constant state of resentment and anger towards a toddler who didn't deserve those feelings to be directed at him.

Being a first-time parent made me forget the cardinal rule of being a mom: trust your gut.

Now, with eight more months under our belt and getting closer to that 2 year old becoming a "threenager," we were able to potty train him in two of the easiest days of my parenting life. This is not referenced as a point of bragging, because I don't think it's necessarily anything extraordinary; for him, age made all the difference, which is something that I ignored the first time around.

Related:
9 Potty-Training Tips to Keep Their Butts on the Toilet and Your Sanity Intact

All of the books and websites made it sound like it would be a disaster if I delayed potty-training — that I would somehow ruin him for life if I didn't start at the exact age they said. One book suggested that 20 months was the optimal time, and I absolutely shouldn't wait longer than 2 years old, unless I wanted a giant adult-baby who couldn't do anything for himself. Fear and uncertainty rushed our decision to potty-train too early, and being a first-time parent made me forget the cardinal rule of being a mom: trust your gut.

I have no doubt that a child can be potty-trained at a younger age. In fact, I have friends who managed it (with great success) with their 18 month olds. However, my son needed more language, more skills, and most importantly, I needed him to be older. While I consider myself a fairly patient person (you can't work as a teacher and not have developed that trait), potty-training a too-young-to-be-taught toddler broke me. We both got frustrated and ended up losing. The mountain we had to climb was massive, whereas when we revisited potty-training almost a year later, it was a tiny little hill that he ran over quickly. I needed it to be more manageable so that I could approach every accident and misstep with love, rather than anger.

Successfully potty-training has reminded me to take the best and leave the rest. It was overwhelming to think about all the potential ways that I could be damaging my son by waiting to potty-train him, and listening to all the advice books made it worse. While those strategies may work for others, there is only one mom to my son, and it's my responsibility to know what he can and can't handle.

Relationships
I Lived With My Ex After We Broke Up, and It's One of My Biggest Regrets
by Lexi Inks 22 hours ago