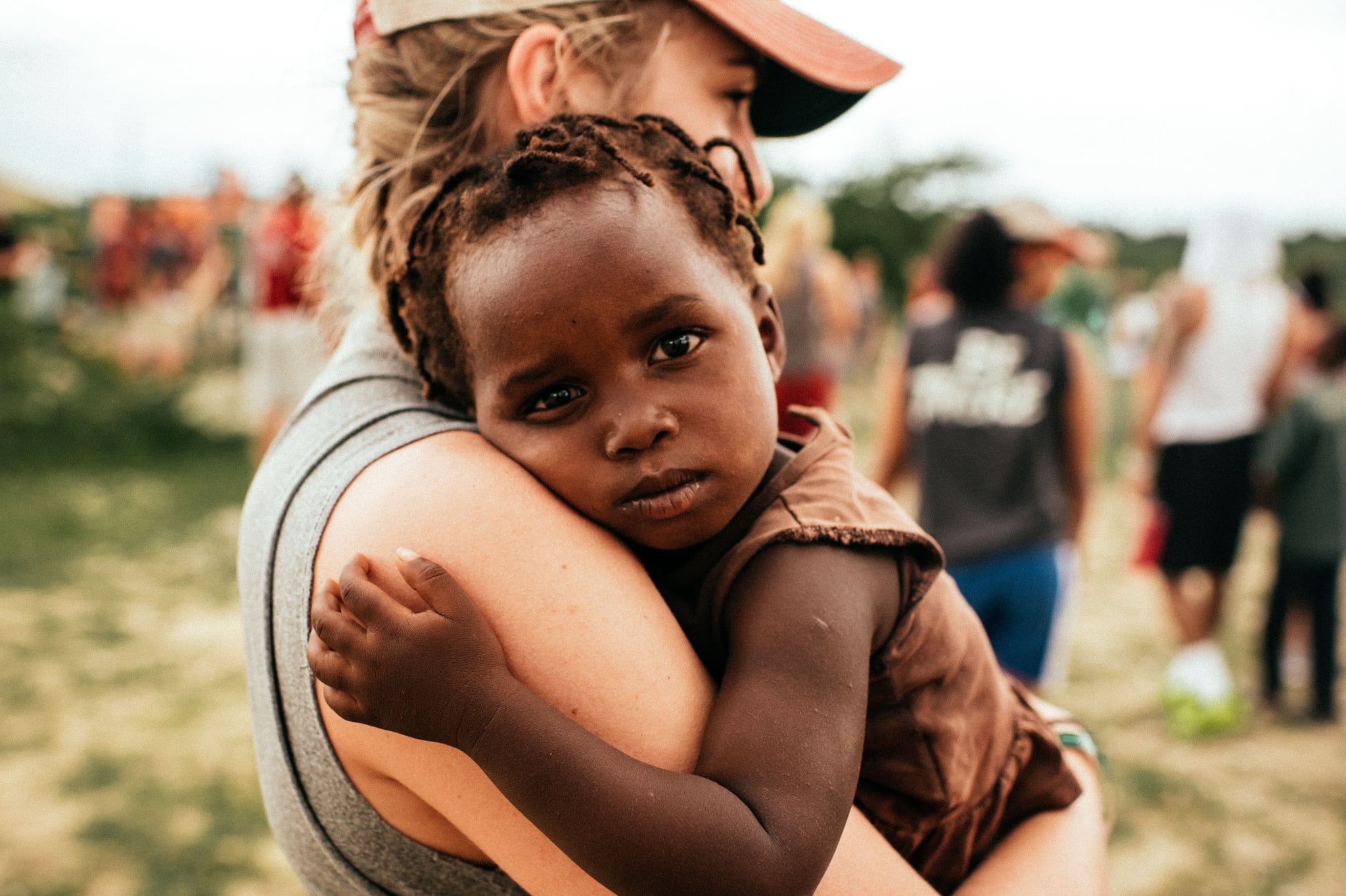 For well over a year, I've had a fear of public bathrooms. This anxiety stems not from the cleanliness factor or having to do one's business in a public setting, but is exclusively based on their noise. Hand dryers, automatic toilets, echoing acoustics, and loud talkers have all turned an average bathroom experience into one that is fraught with fear and frustration for my sound-sensitive son.

Part of the reason noises are scary for him is that he doesn't know where they're coming from or what they're doing.

You have no idea how loud the world can be until you're with someone who is affected by the volume. My almost-3-year-old little boy, normally gregarious and accommodating, turns into an unrecognizable version of himself when faced with loud noises. Car washes, sirens, door bells, and all trains are all things that I previously didn't think twice about until he started having a visceral reaction to them. Only in the last two weeks have I finally managed to get him to go into a public restroom without tears.

Related:
My Son Isn't Misbehaving — He Has a Sensory Processing Disorder

When he was about 18 months old, he would get so scared that he would take my hand and cover his eyes as he burrowed into my chest for comfort. It didn't take me long to realize that what he really wanted was for me to cover his ears, but he hadn't yet made that connection that ears take in sound. This, of course, is part of the struggle with a sound-sensitive child.

While he now knows to cover his ears and can tell me when something is too loud, the unknown complicates matters, for both him and for me. Part of the reason noises are scary for him is that he doesn't know where they're coming from or what they're doing. Where we, as adults, see a hand dryer, he sees a loud noise machine that does something he's not sure he trusts. With a child so young, I spent a long time not understanding that his moments of tantrums and crying all stemmed from his fear of sound. While figuring out the problem helped me make changes in my behavior, part of my daily life centers around mitigating noise.

I know which bathrooms to choose, which routes home are less likely to be met with jackhammering construction, and to prep him when I see a fire truck. I work on positive reinforcement by commenting on the times when he was brave, and I try my best to distract him in moments where we just have to buckle down and deal with it. Mostly these tools work, but it breaks my heart every time the noise overtakes us.

Since being sound sensitive can be a sign of a larger disorder, like autism and sensory processing disorder, I took him to our pediatrician right away. Since he displayed no other warning signs and his hearing test came back normal, for now we are just chalking it up to him being sensitive, with the hope that he grows out of it eventually. As he matures and gets older, his hyper-sound-awareness will hopefully progress to nothing more than a mild annoyance, but for now I just try to stay ahead of each situation and comfort him when I can.