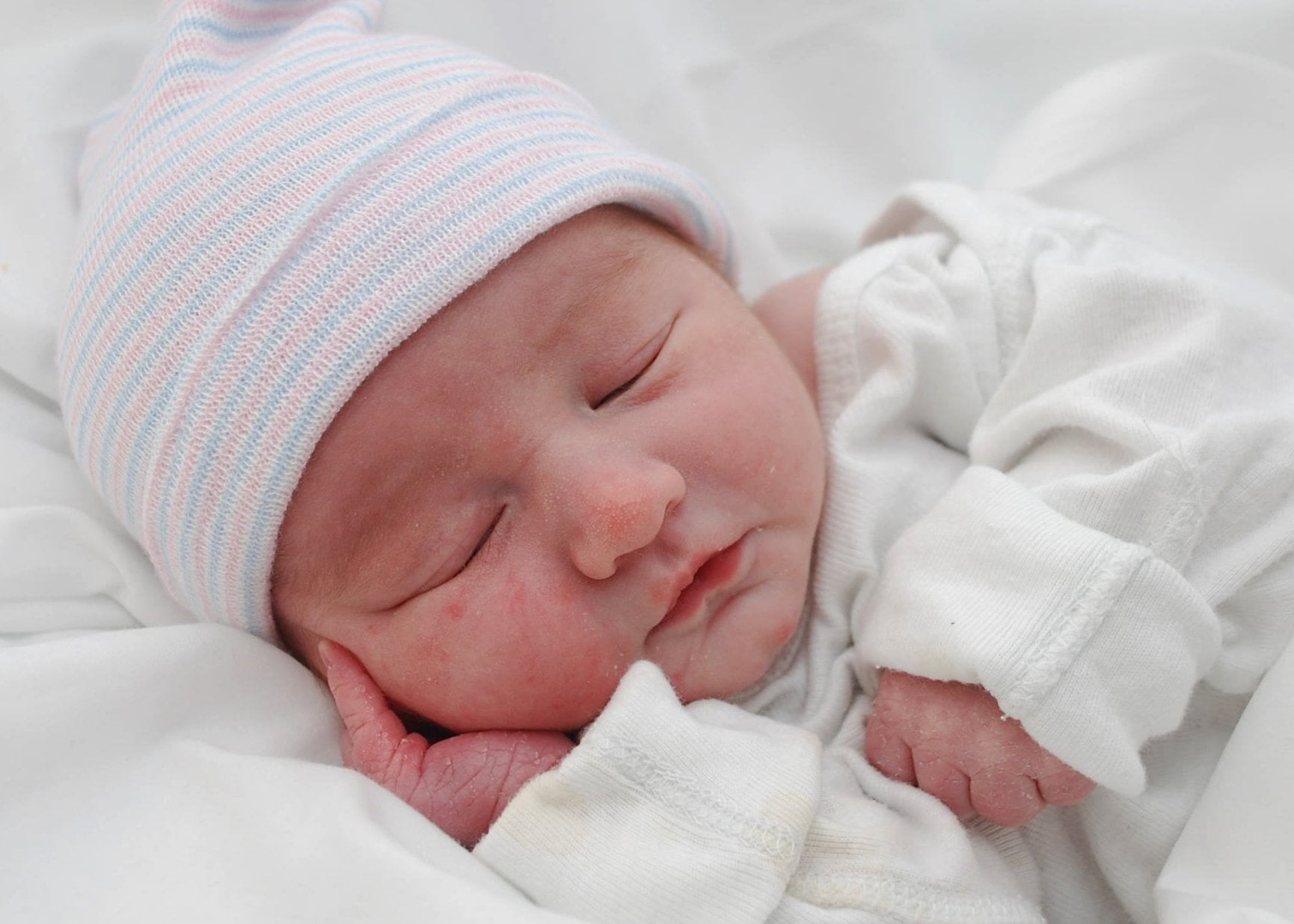 They seemed to appear out of nowhere. Like an episode of Black Mirror, these surgical-masked "zombies" — aka the doctors who seemed so foreign and scary in my medically induced haze — oozed out of the walls and descended from the ceiling. One close to me held a up a razor. My first thought was that this doctor-of-the-undead might go for my throat, or worse yet, shave my head, but finally their groans started to make sense. "Have to shave some of your privates . . . C-section . . ." Then I remembered the drugs. That's right — I was on drugs. I was on them because I was pregnant and having an emergency C-section . . . during a zombie apocalypse? This wasn't what I expected.

While the shaving of my private parts commenced (it's as weird as it sounds), I realized I couldn't feel it. Either the zombies had already eaten my brain or maybe my epidural was finally working. I was ready to hug my living-dead nurse, because for 26 hours, it had only worked intermittently.

Related:
I Had a C-Section and, Sorry, but It Was 100 Percent a "Natural Birth"

While still in my belly, my son decided he was staying and crawled up to my neck. His choice elevated my blood pressure and made our labor significantly more eventful.

A full day plus two episodes of Outlander — that's how long I'd been in labor. My pregnancy had been uneventful in a good way, and I'd been grateful, but my labor was different. My baby was being born face up. I was in back labor, which meant the back of the baby's skull was pressing down on my pelvic bone, so with every contraction it's bone on bone pressure — the worst labor pain possible. Every time my epidural stopped working, the contractions took me to a place where there was no sound, only pain. I struggled to remember my natural birthing class. My teacher had shown me how to start with traditional deep breathing, but when my contractions started, I quickly moved on to the traditional blaming-of-my-husband for getting me knocked up.

With the drugs, all seemed to progress normally. My husband slept while I stayed pregnant. Then, my epidural had to be redone . . . then again . . . and then again. My epidural had to be redone three times. While I was trying to conjure my happy place between epidurals, it was decided my baby needed to be coaxed out of my vagina. Knowing my son the way I do now, I could've just turned on Paw Patrol, and I'm certain his little head would have popped right out. While still in my belly, however, he decided he was staying and crawled up to my neck. His choice elevated my blood pressure and made our labor significantly more eventful.

Related:
These C-Section Photos Featuring Clear Drapes Between Mom and Baby Will Blow Your Damn Mind

Finally, it was decided an emergency C-section was a must, and the zombie team appeared to wheel me into the operating room. The medicine made my arms shake like I was trying to wave at Chris Pine (I tried to stop, but I really like Chris Pine). I couldn't see much over the tall sheet that separated me from my baby, but suddenly I could see two burly men come and take a knee on either side of the table. I learned later that my body was spread open more than usual because my son had moved so far up the doctor couldn't grab hold. I learned that there was a slight panic, and the two burly men had come to help hold my insides out. This was not what I expected. I wanted to see my baby take his first breath. I wanted to hold him for the first time in a peaceful moment. Still, even in my medicated haze, I understood it was for the greater good. I knew that my husband was with me (he hadn't passed out at all). I knew that my epidural was working. I knew we were going to be alright.

And we were. We were alright.

Nothing in my labor had gone as I expected, but I was so grateful to be holding my little baby that didn't matter anymore. After the chaos died down and the zombies turned back into normal people, my son and I sat quietly together, just staring at each other. I wanted to keep him safe in my arms forever. The love I felt for him was instant. Finally, something I did expect.