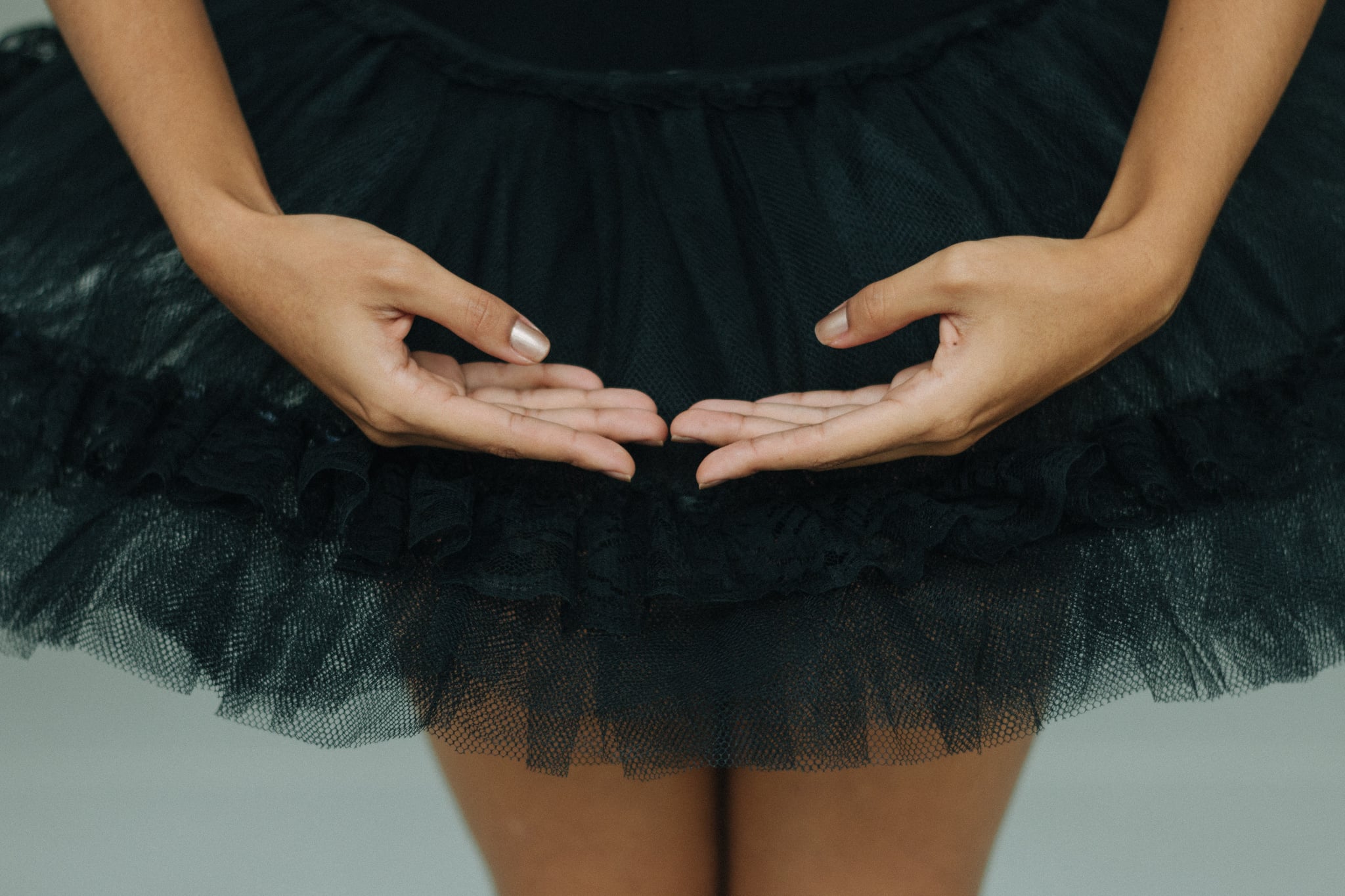 When people learn that I was a professional child dancer, one of the first things they (sort of) jokingly ask is, "So was your mom a 'dance mom?'" If they've seen even a few episodes of the hit Lifetime reality TV series Dance Moms, what they're really asking is if my mom spent 30 hours a week at the dance studio observing my classes and rehearsals — and if there are any juicy stories about her clashing with my instructors or coming to blows with the other students' parents about favoritism or who really deserved a coveted role.

From a literal standpoint, I suppose my mom was a "dance mom" — but in our relationship, that was never synonymous with "stage mom" or "momager." It means that she was the parent of a young dancer with a dream, and she made incredible sacrifices to support me as I pursued that dream. When my mom first enrolled me in dance, I had just turned 3 and she didn't expect it to turn into anything other than an after-school hobby. But I fell in love with dance and performing almost immediately — and my determination and work ethic (combined with the luck of some natural talent) put me on an unconventional path. When I was in fifth grade, my instructors told my mom I had real potential to succeed in the dance world — but I would need to train for around 30 hours per week in order to make this a reality.

At that point, we had a pretty big decision to make: I would need to homeschool in order to balance my education with my burgeoning dance career. My mom had always wanted to take dance classes as a young girl, but her family couldn't afford it, so she was understandably thrilled that her daughter had an opportunity to live out this dream. But she never pressured me or tried to live vicariously through me, even though it was surely tempting. Instead, my mom made clear that she would happily make all the necessary sacrifices so I could manage this intense training schedule — but only if it was what I truly wanted. When I said it was, she made countless sacrifices so that we could follow this path. She spent hours driving me all over the tri-state area so I could get the best training, stayed up late helping sew my pointe shoes and alter my costumes, and worked with me on stretching, conditioning, and rehearsing when I wasn't at the studio.

Related:
The Day My Daughter and I Said "We Do" at My Second Wedding

When I intensified my training regimen, I understandably improved by leaps and bounds and I began getting lead roles in performances and other special opportunities. At that point, the parents of other students complained about favoritism and said some unkind things about me — but I didn't learn about any of this until years later, because my mom wanted to protect me, and the last thing in the world she wanted was to foster drama. (Yeah, we never would have been cast on Dance Moms.)

She also had frequent conversations with me to ensure that I remained humble and recognized how lucky I was to have such incredible opportunities. Thanks to my mom, I was keenly aware that there were other equally talented young girls out there who weren't afforded the same opportunities as me because their life circumstances didn't allow it. And although she wasn't a stage mom, my mom made clear that our entire family had made sacrifices so I could have a dance career, and that meant my job was to always give 100 percent effort and never rest on my laurels. It didn't mean that she'd be disappointed in me if I failed to land a lead role. Rather, it meant that if I didn't always work my hardest, I shouldn't expect her to continue spending hours each week helping me with my online schooling, making sure I was at the studio 15 minutes early to warm up, and sewing the ribbons onto my newest pair of pointe shoes at 1 a.m. on a weeknight.

My mom taught me the importance of work ethic, but she also taught me that my health is equally important — both on and off the dance floor.

When I was a teenager, the tide turned in my dance career. I began training at one of the most prestigious schools on the East Coast, and I was no longer the favorite. And when puberty arrived, my new instructor berated and humiliated me about my weight gain in front of the entire class. My new instructors were verbally abusive and engaged in questionable teaching tactics — at 9 p.m. during a November Nutcracker rehearsal, my trio made the same mistake twice in a row. We were ordered to go outside into the 30-degree Connecticut winter weather dressed only in our leotards. "Don't come back inside until you're sure you can get it right," my teacher shouted before she slammed the door.

The verbal abuse and body-shaming took away my passion for ballet, but I didn't tell my mom about it for over a year. I didn't know who I was without ballet and I didn't want to be a quitter, even though I felt a horrible pit in my stomach every time I stepped in the studio. But as the situation became increasingly toxic and I developed a severe eating disorder, I finally broke down and told my mom everything. It was the middle of the Spring season and I was under contract, so I expected her to tell me that I needed to fulfill my obligation before I left ballet behind. Instead, she vowed to never send me back to a studio where I was being mistreated and scheduled a meeting with the artistic director. She negotiated with him and got me out of my contract. My nightmare was over.

Related:
The Best Piece of Advice My Mom Gave Me Is Simple but So Valuable

I felt like a failure and I couldn't wrap my head around the fact that I was no longer a ballerina. But just as she'd been my biggest supporter when I was a dancer, my mom was also my biggest supporter as I adjusted to life without ballet. She repeatedly reminded me that my physical and mental health came first and a successful ballet career wasn't worth the sacrifice of my health. We moved on to finding the right college for me — I'd worked hard to excel academically because I always wanted a backup plan. A year after I left ballet, I enrolled in my dream school as an English major.

Looking back, I'm so grateful to have a "dance mom" who did things right. She pushed me when it was appropriate, but fiercely protected me when she learned my dance career was harming my health. She taught me that it's OK to have a change in plans or to form an entirely new dream — just as long as I always work hard towards achieving whatever dream I happen to be pursuing at any given time. These lessons have benefited me in the real world. For example, I left a one-time dream career in New York City to become a freelance writer in Seattle when the environment at my New York job became toxic. My mom taught me the importance of work ethic, but she also taught me that my health is equally important — both on and off the dance floor.