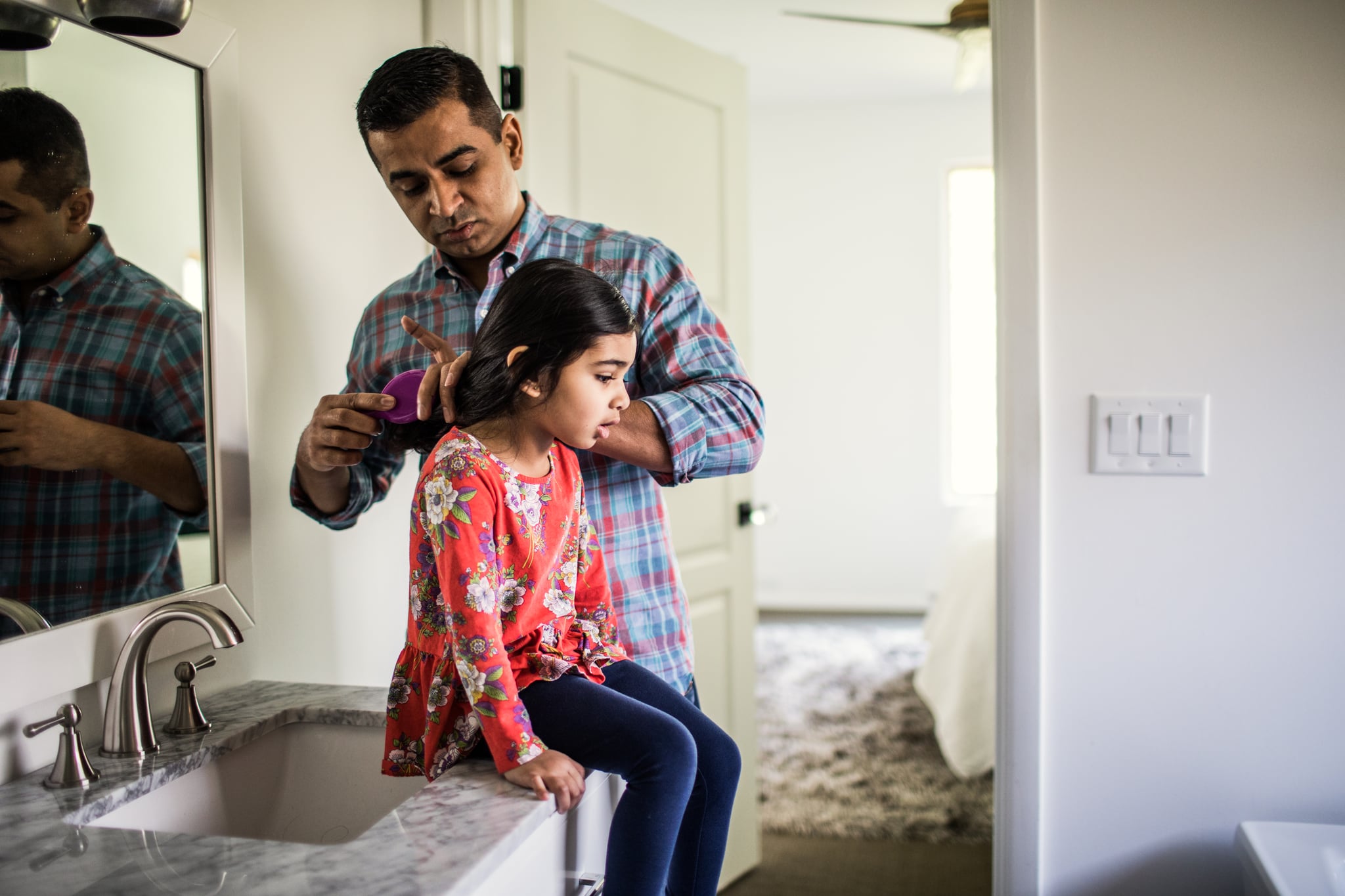 When I was younger, being the child of parents who were not together was not an anomaly. In elementary school, I had friends who were being raised by single mothers, grandparents, two dads or two moms, older siblings, and more. I was 9 when my parents got divorced, and as I got older and expanded my social circles, I made many friends whose parents were also not together. We bonded over our similar household structures, which weren't the "typical" depiction of a nuclear family. However, there was something about my situation that I didn't see mirrored in many of my friends' lives. In the aftermath of their divorce, my parents decided to split their parental responsibilities 50/50 — meaning that my father became a "single father" to exactly the same extent that my mother became a "single mother," both juggling child care, work, and maintaining a home, without the support of a partner.

From the moment that my parents decided to separate, the emotional and physical well-being of my brother and I was their top priority. We were lucky; I've known many people who didn't have the same experience as I had, and I feel so grateful that my parents did everything they could to make the process easy on us. Many people don't emerge with the same type of relationship with their fathers (or mothers) in the aftermath of a divorce. I saw it with many of my friends with divorced parents. They often ended up being raised primarily by their mothers, only seeing their fathers a few times a month. I'm incredibly lucky that this was not my case.

Every Sunday, my brother and I (and my pet hamster, Cocoa) would switch houses for the upcoming week. When I was with my dad, he was the one who was brushing my hair into a ponytail before school, doing my laundry, cooking dinner while I did homework, and cleaning the house — the same way that my mom did when we were with her. My dad stepped up in a way that I didn't often see during a separation. While I don't think that a father who evenly shares parenting responsibilities should be a radical notion, I've found that it's by no means the default outcome or expectation, and I'm grateful that my situation was the way it was.

Being raised by a single father brought to my attention some of the unfair messages surrounding parenthood and gender in our society. Often I'd notice fathers depicted in media as the less capable parent. But based off of my own experiences, I knew that fathers were just as capable of being supportive, thoughtful, and responsible parents. After their divorce, neither my father or my mother were ever unable to pass off a request or task to the other. They were the only ones there to handle what I needed. And no matter what I asked of them, neither of them ever hesitated. They demonstrated that, regardless of gender, a parent is simply a person who is wholly committed to a child's well-being and successful upbringing.

Related:
What Being a Child of Divorce Taught Me About Raising My Own Family

My childhood experiences have shaped how I view my future and the possibility of one day starting a family. My parents demonstrated a method of parenting that I absolutely plan to copy. I've learned that parenting is firmly a joint effort that involves the participation and commitment of both parents in equal capacity, and I'm only seeking a partner who shares that view. I believe that gender does not determine what someone is capable of as a parent. And frankly, I don't even think about a future in which my partner and I contribute unequally to parenting duties. It's not even on the table. In my mind, if two people contribute equally to the creation of a baby, why wouldn't they equally share the duties which follow after?