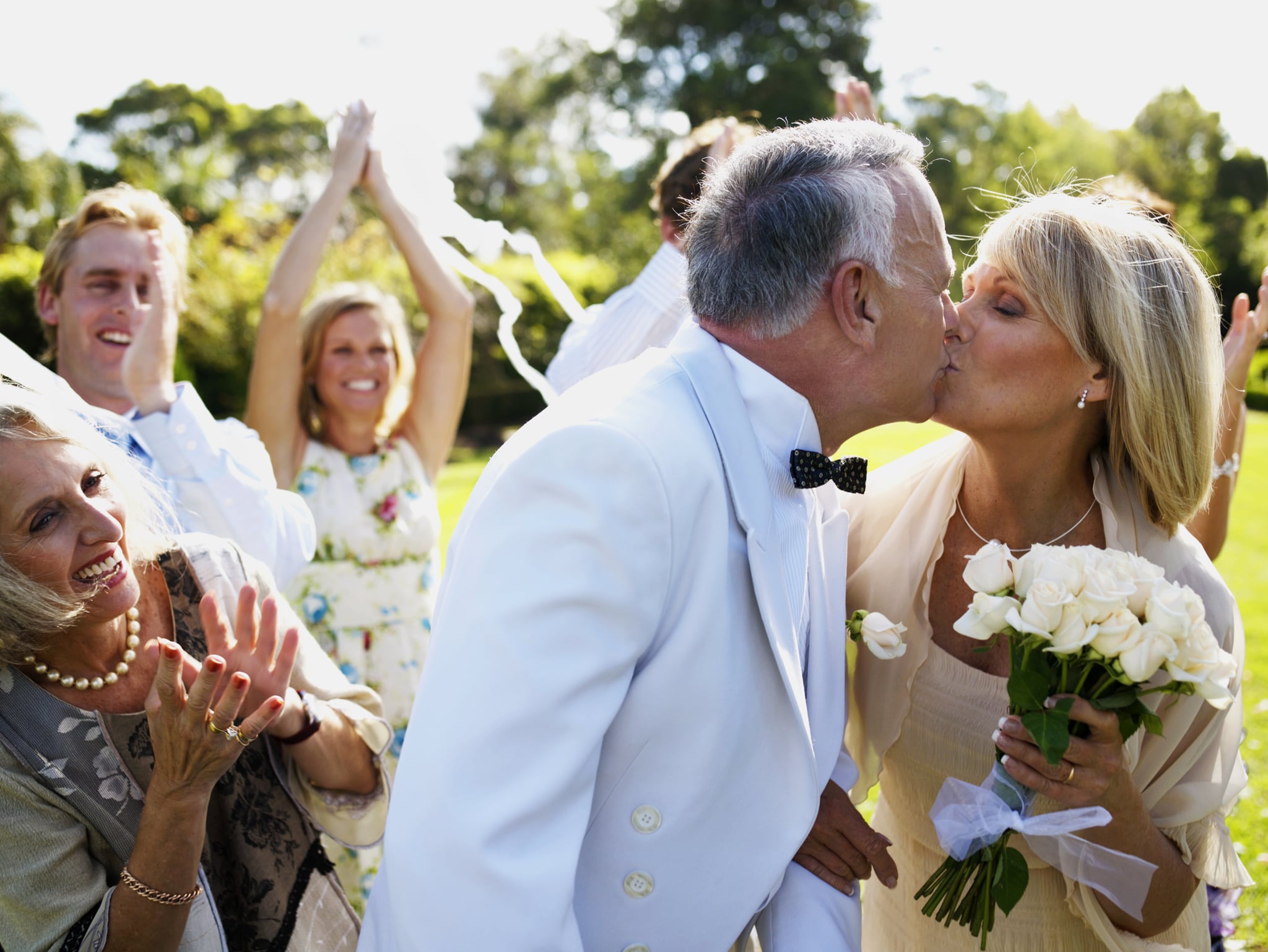 At my last book club gathering (or, as we like to call it, a wine club where we talk about books), the conversation drifted to remarriage after someone questioned why the adult protagonist in our book was so unwilling to accept her father's second marriage almost two decades after her mother's death. No one could understand why she was so resistant, so the consensus was that she was just selfish and immature. No one could understand, that is, except for me.

I empathized with our protagonist because I've been there. I was the grown child who couldn't accept a parent moving on after the other one died. Except, unlike the character in the story whose mother had been gone for quite some time, my mother planned to remarry less than three years after my dad died. My emotions ranged from anger and resentment toward my mother, to sadness and fear that accepting a new man into our family would somehow betray my dad. I knew that I was being selfish; my parents really only stayed together for my sake, and my mom deserved to spend the second half of her life with someone who truly made her happy, but those ugly feelings kept bubbling up. One night at dinner, they boiled over, and in a drunken, expletive-filled rant, I vowed that I would have nothing to do with my mom and her new boyfriend. I'm embarrassed to say I had to be told what happened the next day; it was the first time in my life that I got so drunk, I didn't remember what I had said or done the night before. I'm confident that I probably didn't deserve my mother's forgiveness for the things that I said.

Then, out of the blue one day, I received a phone call from a friend of my dad's. She'd had a dream about him. In her dream, she was opening her front door to greet a visitor and when she looked up, my dad was standing at the end of her walkway. He gave a smile and a wave and told her to tell me that he was OK with it, the "it" being my mom's upcoming nuptials. My father's friend woke up happy and immediately picked up the phone to relay the message. As someone who believes in signs, I felt an incredible surge of relief; just like that, all of the anger, guilt, sadness, and resentment that had been plaguing me and my relationship with my mom was lifted, and I was ready to get to know the new man in her life.

I had only spent a few months getting to know him when on Christmas Eve, he asked my brother and me for permission to ask my mom to marry him. With our blessing, he proposed to her on Christmas morning. As I watched them have their moment, I waited. I waited for the melancholy that I thought would wash over me at the sight of my "new family," but it didn't come. I was genuinely happy for them, and especially for my mom.

Related:
My Parents Got Divorced This Year: Here's How I'm Navigating the Holidays

Just six months later, while he was on his way to meet my mom for dinner at a local restaurant, my stepfather was the victim of a road rage incident that left him with a broken neck. Although they were engaged, the hospital couldn't discuss any specifics about my stepfather's condition with my mother. So they called their priest, who rushed over to the hospital and married them right there in the ICU. By the time I got the call, the wedding had already taken place. As my husband and I raced to the hospital, I found myself crying (something I rarely do) at the thought of my stepfather dying. I couldn't believe how scared I was for this man, who only months before I didn't even want to know, and prayed harder than ever that he made it through. Miraculously, he did.

My stepdad made a full recovery, and he and my mom celebrated with family and friends at a reception just three months after the accident. They renewed their vows last Summer, on their fifth anniversary, at the altar of the church where they were originally supposed to be married. These past six years have been the happiest years of my mother's life thanks to him, and we have all adjusted to our lives as a new and blended family. As for me, I've learned that when it comes to finding happily ever after, there is no such thing as too late . . . or too soon.