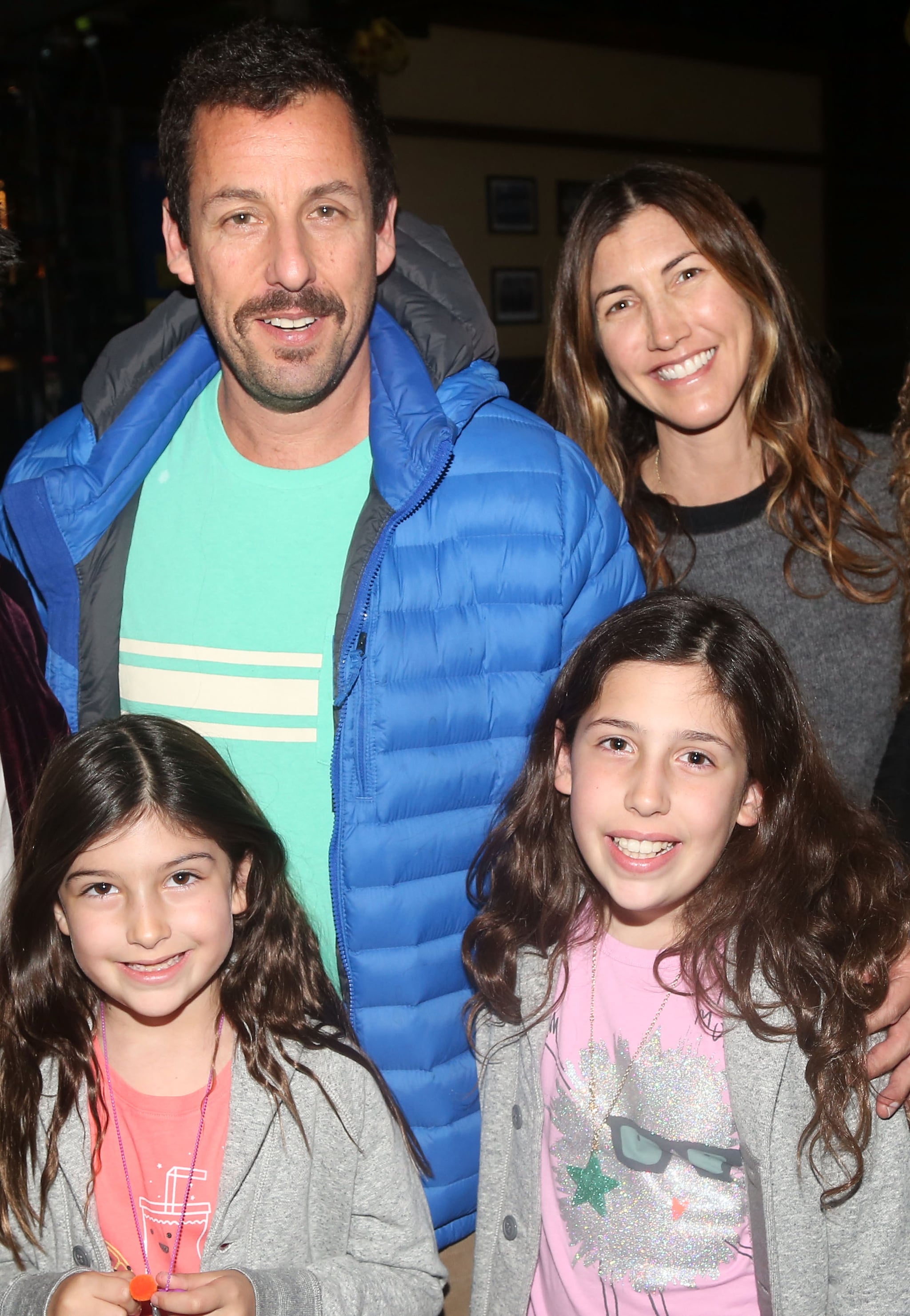 Adam Sandler's movies are consistent when it comes to who is in them. Not only does the actor often pull from the same crop of friends for his Happy Madison Productions (looking at you, Rob Schneider), but he has also saved roles for his wife, Jackie Sandler, and daughters, Sadie and Sunny Sandler, in each of his films for more than a decade now. Netflix's Hubie Halloween is no different!

In the Halloween movie, Adam plays the title character of Hubie, and eagle-eyed Sandler fans surely spotted Jackie, Sunny, and Sadie in the movie right away. Jackie plays the role of news reporter Tracy Phillips, who is on hand to report on Salem's Halloween festivities that Hubie is at the center of. Sunny and Sadie play Cooky and Danielle, the daughters of Violet Valentine (Julie Bowen). Their roles come back to reality in the end of the movie, though, when *spoiler alert* Hubie and Violet end up together and he inherits Cooky and Danielle as his own daughters.

Adam actually met his wife, Jackie, on the set of Big Daddy in 1999, which is her first acting credit. The two hit it off and married in 2003 before having Sadie in 2006 and Sunny in 2008. Adam has kept the whole family busy by putting them all in his films. But rather than be too predictable — this is Adam Sandler, after all — he doesn't usually cast them as his family in the movie. They end up with fun roles of all different kinds! They've had roles in everything from Jack and Jill and Blended to Murder Mystery and now the very festive — and hilarious — Hubie Halloween!