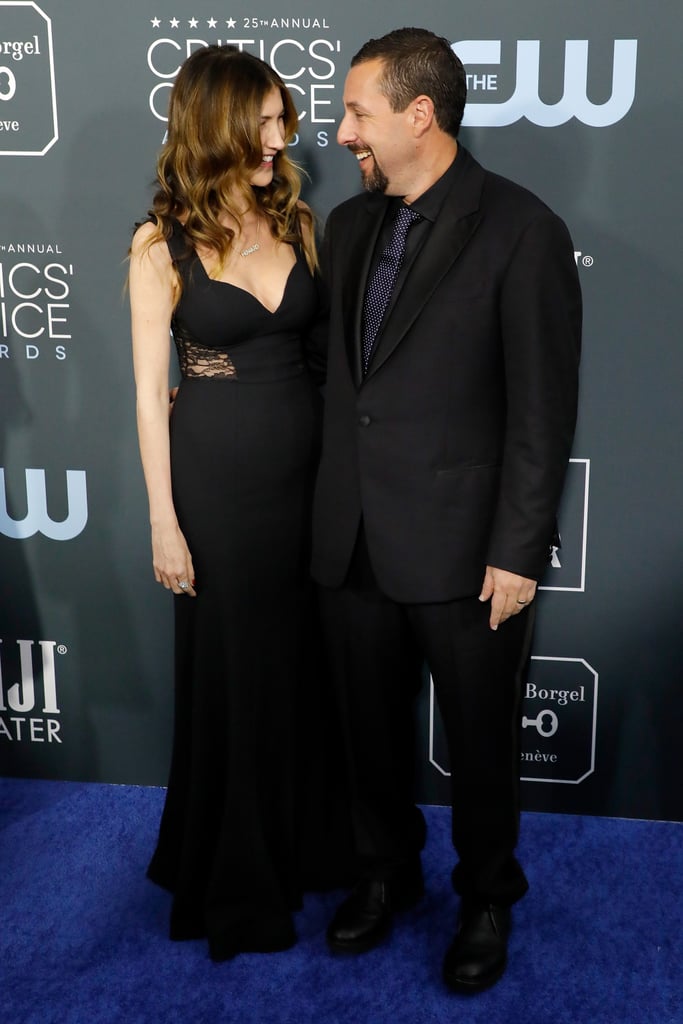 Adam Sandler is best known for his comedic roles, but if there's one thing he's serious about, it's his wife, Jackie. The couple first met on the set of his 1999 film Big Daddy, and have pretty much been inseparable since. The two eventually tied the knot in 2003, and have since welcomed two daughters, Sunny, 11, and Sadie, 14. When they're not showing off their love for each other on the red carpet, they're teaming up together on the big screen. Jackie has appeared in a handful of Adam's films, including Murder Mystery, Just Go With It, Grown Ups, and 50 First Dates. She even has a small role in Netflix's The Wrong Missy, which Adam's Happy Madison company produced. Talk about an iconic duo! Ahead, see some of their cutest moments over the years.

Related:
Hollywood Couples Who Have Been Together the Longest
Previous Next Start Slideshow
Adam SandlerCelebrity Couples

Maitreyi Ramakrishnan
Are the Cast of "Never Have I Ever" Single or Taken? Let's Find Out!
by Pallavi Bhadu 9 hours ago