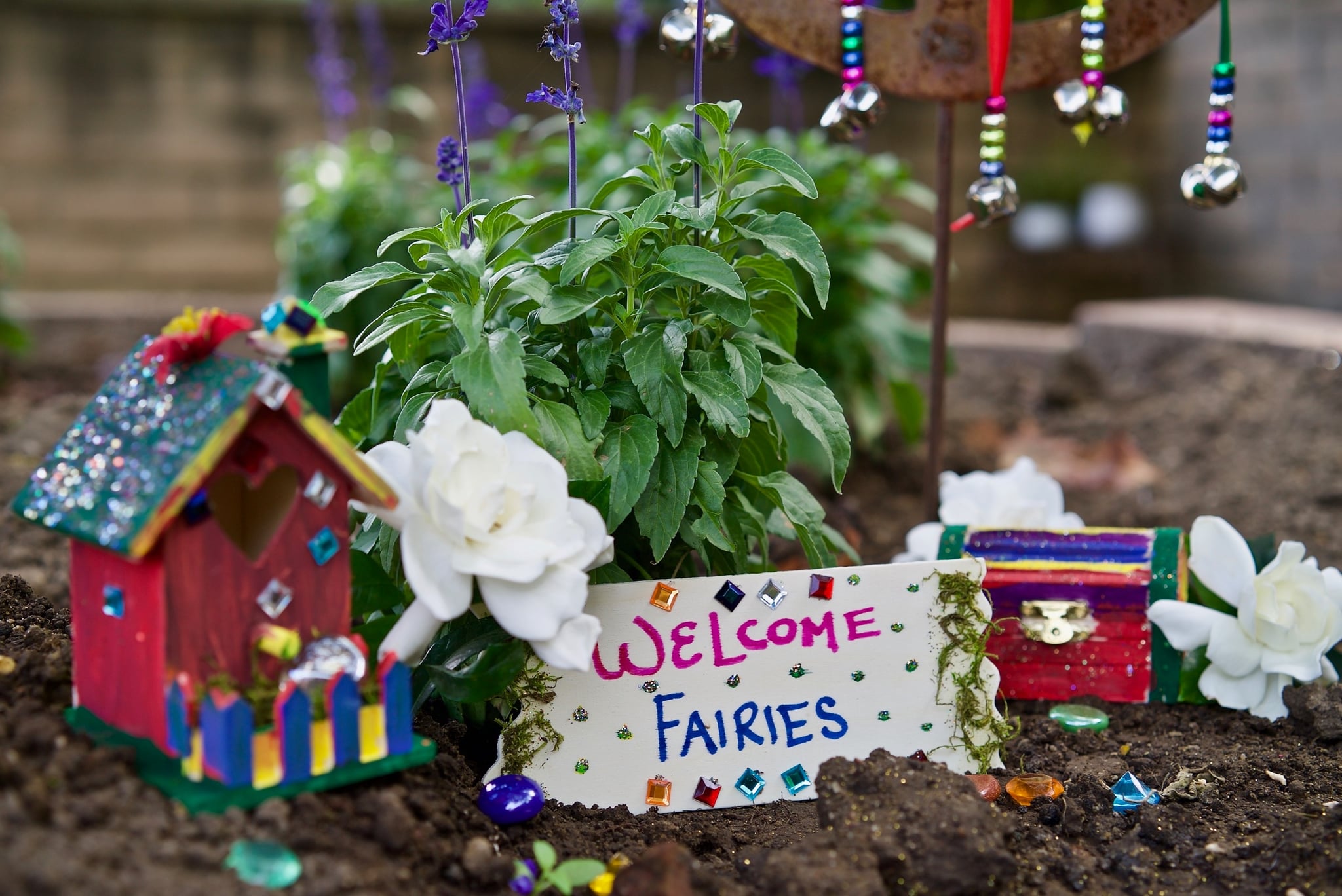 "Mom, can I see if my fairy left me a note?!" This has been my wake-up call nearly every morning for the past month, since we finished week one of Fairy Camp at Home with my 4-year-old fairy- and magic-loving daughter. Like most families, we have spent the past few months navigating working at home while trying to keep our daughter entertained. We spend most of our time trying to get by, feeling the undercurrent of stress in trying to balance work and parenting, with glimmers of positive moments and parenting wins popping up just when we need them. Fairy Camp at Home, and the resulting fairy obsession in our household, has emerged as one of the brightest spots from this time at home together.

Since we live in Northern California, we never would have heard of Fairy Camp if not for the pandemic — it's traditionally a summer camp for kids aged 3-12 based exclusively in Los Angeles (like Busy Philipps' kids!). Founders Melissa and Sue have run the camp for the past 10 years, bringing kids out of the "real world" and into a magical world of fairies, trolls, and enchanting adventures, and they've adapted to the current climate by bottling up that magic into a more DIY version. In "normal" times, this camp would be right up my daughter's alley, but I wasn't sure how it would translate when we decided to bring the camp to our house. Turns out, it worked great! But there are a few important lessons I learned along the way. Read on for my tips about how Fairy Camp works, some tips for summer camp at home in general, and how to keep the magic going after camp is over. 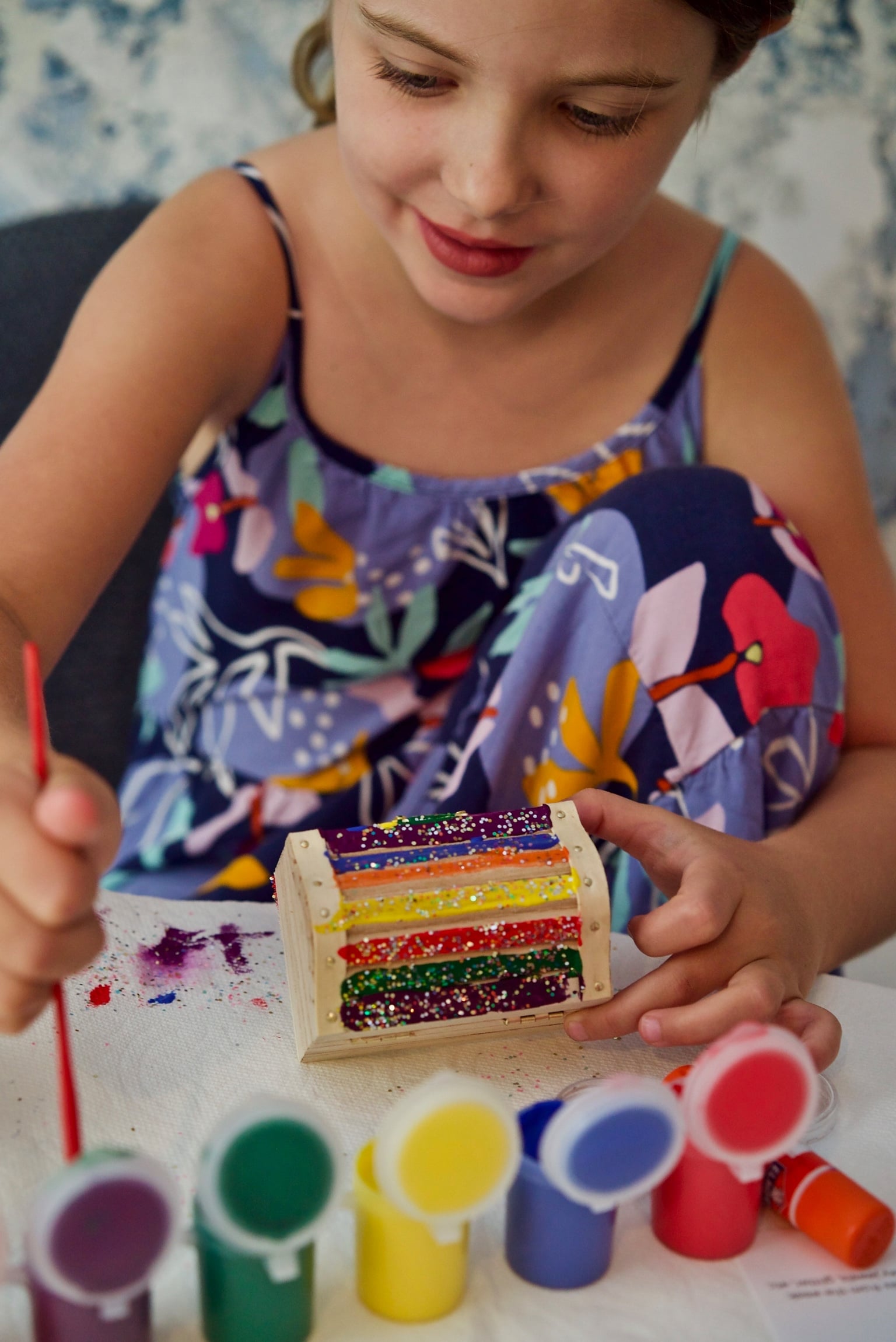 Who Is Fairy Camp For?

As a 4-year-old obsessed with all things rainbow, sparkles, and magic, my daughter is the target audience for Fairy Camp. Fairy Camp LA caters to kids as young as 3 and as old as 12 (who generally become Junior Fairy Counselors), but I would say the at-home box is best for ages 3-8.

Fairy Camp 101: What Parents Should Know Before They Start

We started Fairy Camp without knowing much about it and quickly learned that Melissa and Sue have created quite a fairy universe. Our daughter was able to jump right in, but it was helpful for me to learn about some key characters and places before we got started. Since it may be helpful for other parents too, here's the deal:

When kids are at Fairy Camp LA, they're visited by fairies from the village of Hannalonkawich. Queen Lekis is the matriarch and she's married to King Wringlepringle. Dossledorf is the lead communications fairy and writes the kids notes at camp. The daily notes dictate what the plan will be for the day. Troll Tiki is there too, and he loves to play pranks on the fairies and the kids.

While these fairies and Troll Tiki make some "appearances" and are referenced in the videos, Fairy Camp at Home introduces everyone to a brand-new village, called Whakaaro. Fig is the communications fairy for Whakaaro. You won't actually meet Fig, but he will send your kid a note every day during camp. Like Dossledorf, Fig's notes help set the stage before you watch the daily video.

Finally, all the fairies are different colors and each color has a meaning. I won't give you the exhaustive list here, but these are the key fairy colors the counselors mentioned during camp:

After camp ended, my daughter started exchanging letters with her very own fairy. Her name is Cynthia Sugarplum Pepperflake and she is a red fairy. The background above has been helpful for me as I try to answer my daughter's endless stream of fairy-related questions! 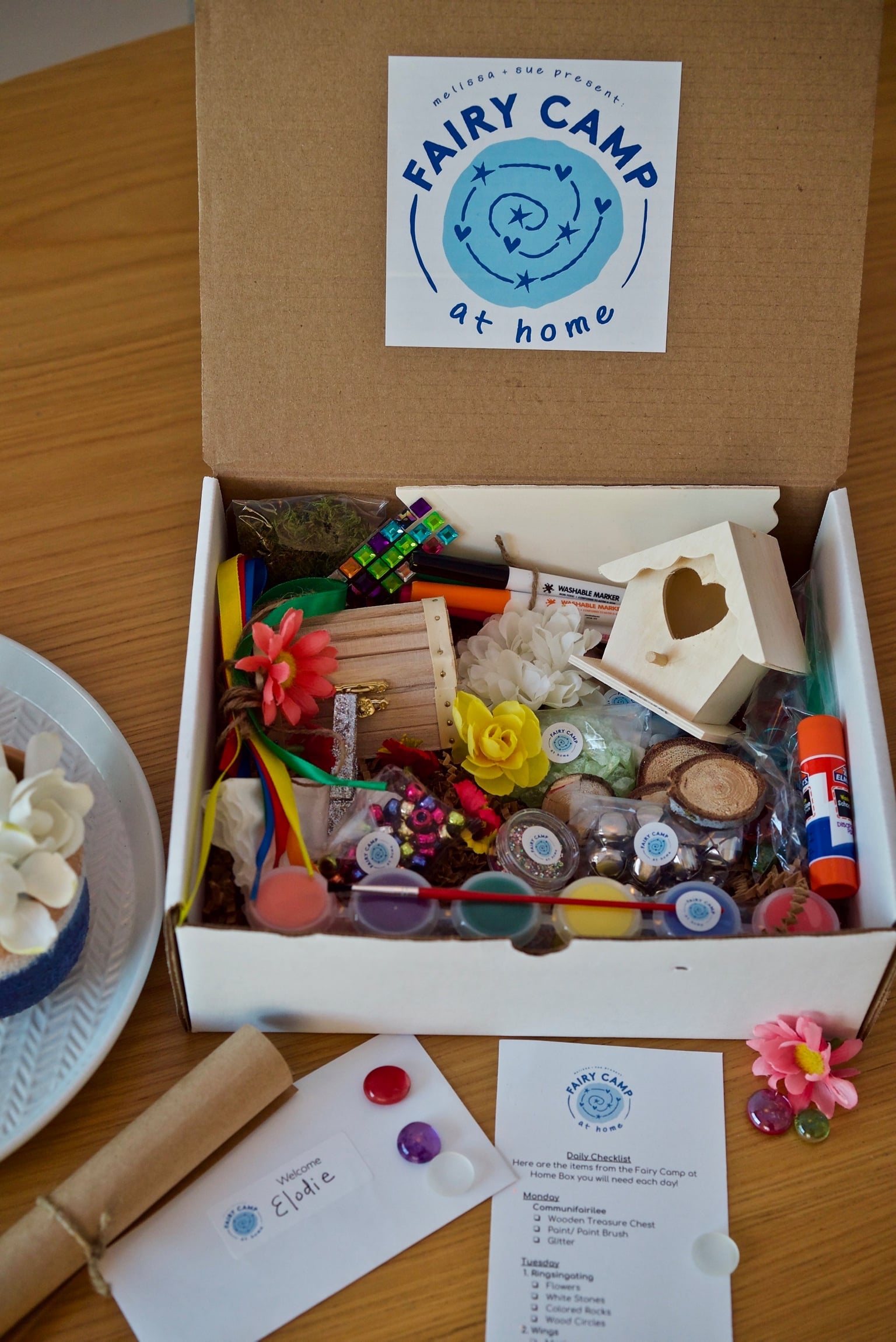 Taking Breaks Is Important (For Everyone)

Fairy Camp at Home is meant to last for five days, but you can draw that out if it works better for your family. Each day has a custom prerecorded and password-protected 90-minute video sent via email that includes guided crafts, movement breaks like dance and yoga, funny segments and storytelling, and creative prompts to get your kids to explore outside.

I recommend watching the videos one segment at a time and taking breaks. Those 90 minutes can be drawn out throughout the whole day, and we even split them into multiple days a couple of times. There are no rules! You can watch and participate at the pace that makes the most sense for your kid and your schedule. When our daughter didn't want to do yoga one day, we skipped it and gave her the choice to come back to it later. And there are some segments your kid may want to go back to again and again (for us, this was Gary in his famous Fairy Labretary!).

There's Magic For Parents, Too

The best part of Fairy Camp for our family, by far, has been the world of fairy magic it has opened up for us and our daughter. It's hard to find ways to make memories when you spend day after day at home, but this has been truly special. We've kept the fairy magic alive with daily notes to and from Cynthia and have even introduced new fairy characters — like Stephen Pumpernickel Walrus, who sends our daughter jokes every now and then — to build out our own personal fairy lore. Our daughter has endless fairy-related questions and is deeply committed to writing notes to Cynthia, which has also stretched my creative muscles and imagination. And my new alarm clock, paired with the look of complete joy when she finds another note from her fairy, makes those five minutes every night when I don't really feel like writing another note completely worth it. 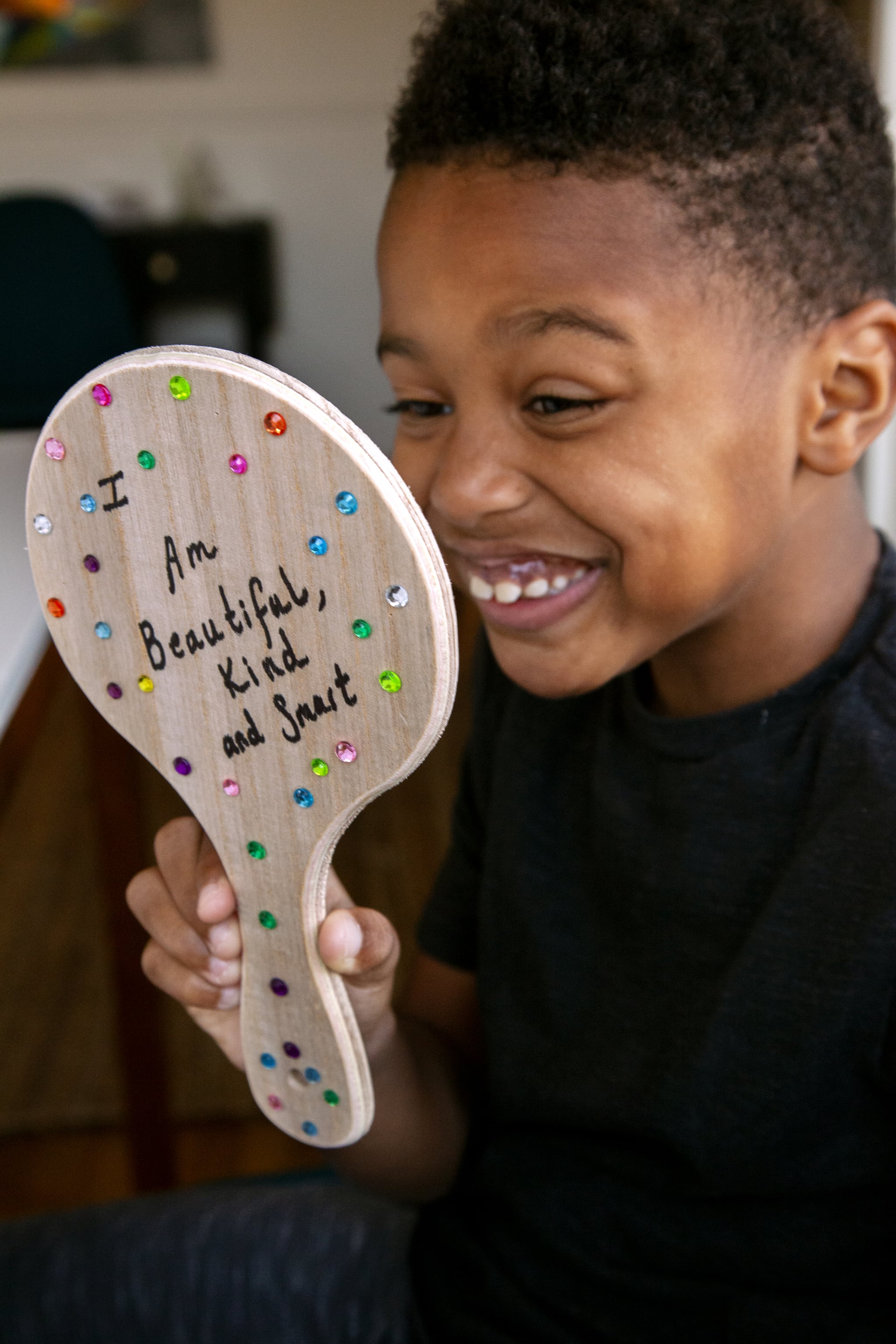 Fairy Camp at Home costs $250 per box, and there's an option to purchase a $75 sibling box add-on if you have multiple children who want to participate. The cost was at the upper limit of what I was willing to spend, but I am glad I did it. The videos and activities kept my daughter engaged for over a week and the magic has extended well beyond then. My daughter loves to tell people random fairy facts she's learned and she's planning to throw a big party for Cynthia and her friends in a couple of weeks (we'll see what this entails!). We've made memories and, as I've matched her enthusiasm and interest, we've bonded over our shared belief in fairies and magic.

Melissa and Sue are introducing more affordable options too. They recently released a Dose of Magic Box for $25, which includes materials to create both a fairy house and fairy dust, and are soon launching a Tooth Fairy Tale Box, a Sweet Dreams Box, and a Birthday Party Box — all will retail between $25-$45. 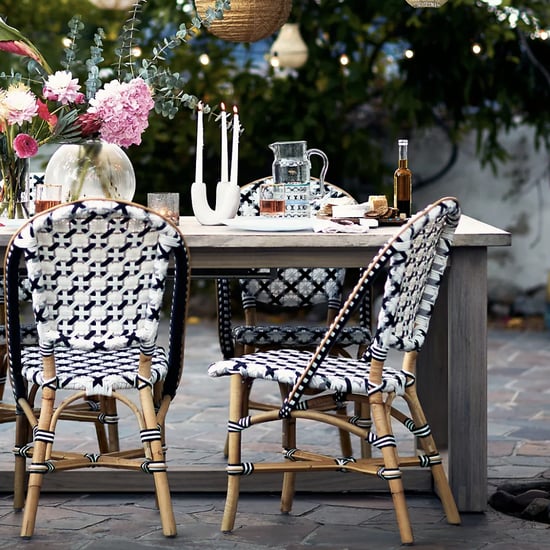