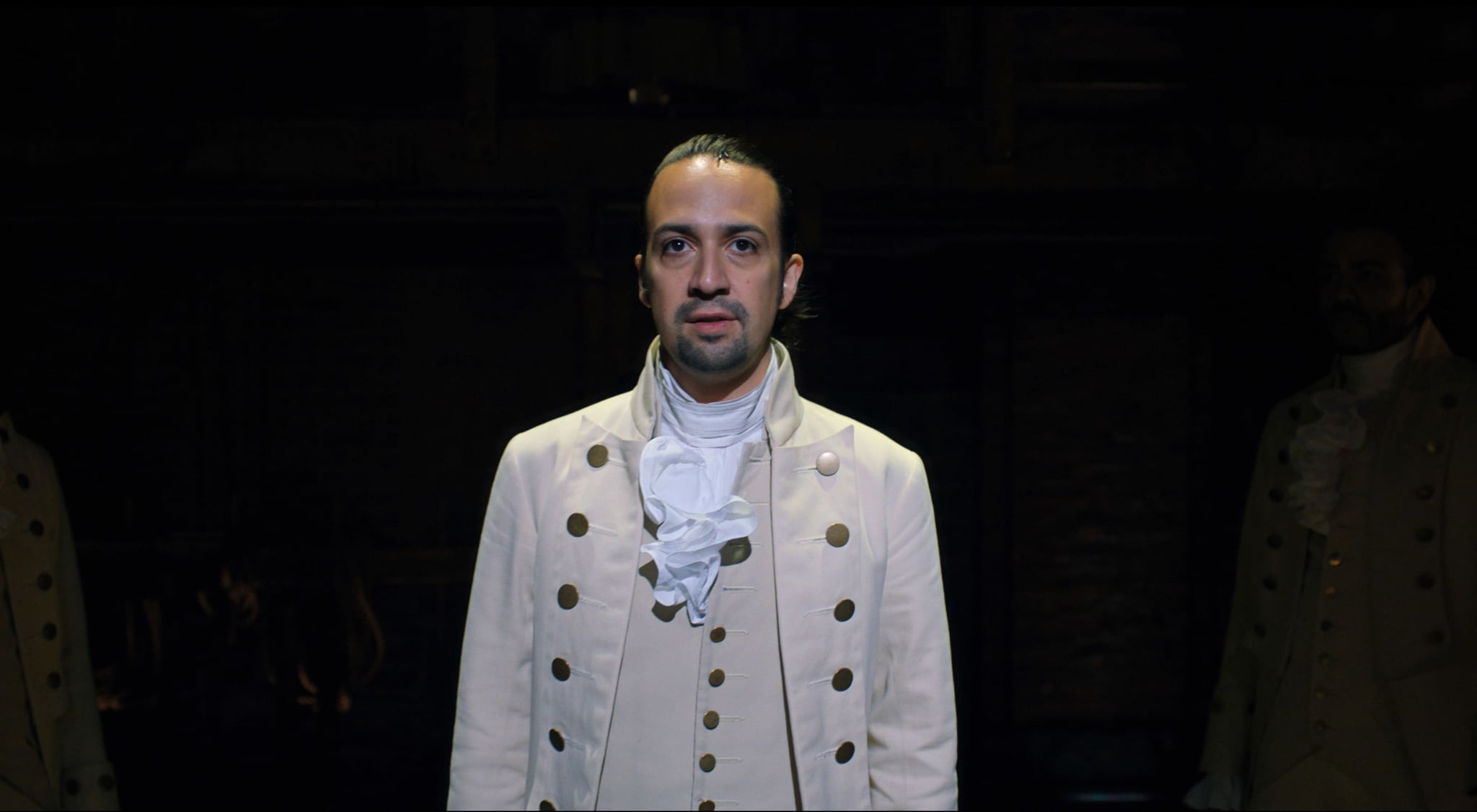 Hamilton-lovers are getting excited to see the award-winning musical when a performance from the original cast begins streaming on Disney+ on July 3 — but the songs might sound a *bit* different to alert ears. In an effort to keep the rating PG-13 so the film could debut on Disney+, Lin-Manuel Miranda said he "literally gave two f*cks" and removed F-bombs from both "Yorktown" and "Washington on Your Side" so kids are able to watch it.

On Twitter, a fan expressed excitement over getting to finally see Lin-Manuel as Alexander Hamilton and asked: "As it's rated PG-13 does that mean that some (iconic) lines have been cut?? Is it changed at all?" To that, Lin-Manuel responded: "LANGUAGE! 1. On July 3, you're getting the whole show, every note & scene, & a 1-minute countdown clock during intermission (bathroom!) 2. But MPAA has a hard rule about language: more than 1 utterance of 'F*ck' is an automatic R rating. We have 3 'F*cks' in our show. So...I literally gave two f*cks so the kids could see it."

Lin-Manuel expanded, sharing that in "Yorktown," there will be a mute over the line "I get the f*ck back up again," and in "Washington on Your Side," a record scratch over the f*ck in "Southern motherf*cking Democratic Republicans." The third instance of f*ck comes in "Say No to This," though James Reynolds doesn't say the full word, just an extended "Fuuuuuuu." Similarly, there's a bleeped-out "motherf*cker" in "The Adams Administration."

Related:
Artemis Fowl Is Finally on Disney Plus! Here's What Parents Should Know Before Watching

Despite these small changes to the original score, the rest of the swearing in the show will remain as is. The fourth word of the show is bastard, after all, so from the iconic opening notes, you'll still be getting the, ahem, *colorful* language Lin-Manuel intended the show to have. In addition to f*ck and bastard, there are instances of ass, hell, damn, sh*t, and wh*re throughout the film.

With personal preferences and how individual parents feel about their kids hearing swear words taken into account, Lin-Manuel said he still wants families to enjoy the film however they see fit. "You can sing whatEVER you like at home (even sync up the album)!" he wrote. "Love you. Enjoy."

Related:
Hamilton Is a Family-Friendly Musical, but There Are a Few Things to Know Before Watching

...I literally gave two fucks so the kids could see it:
1. In Yorktown, there's a mute over "I get the f___ back up again"
2. "Southern *record scratch*kin' Democratic Republicans."
You can sing whatEVER you like at home (even sync up the album)!
Love you. Enjoy.