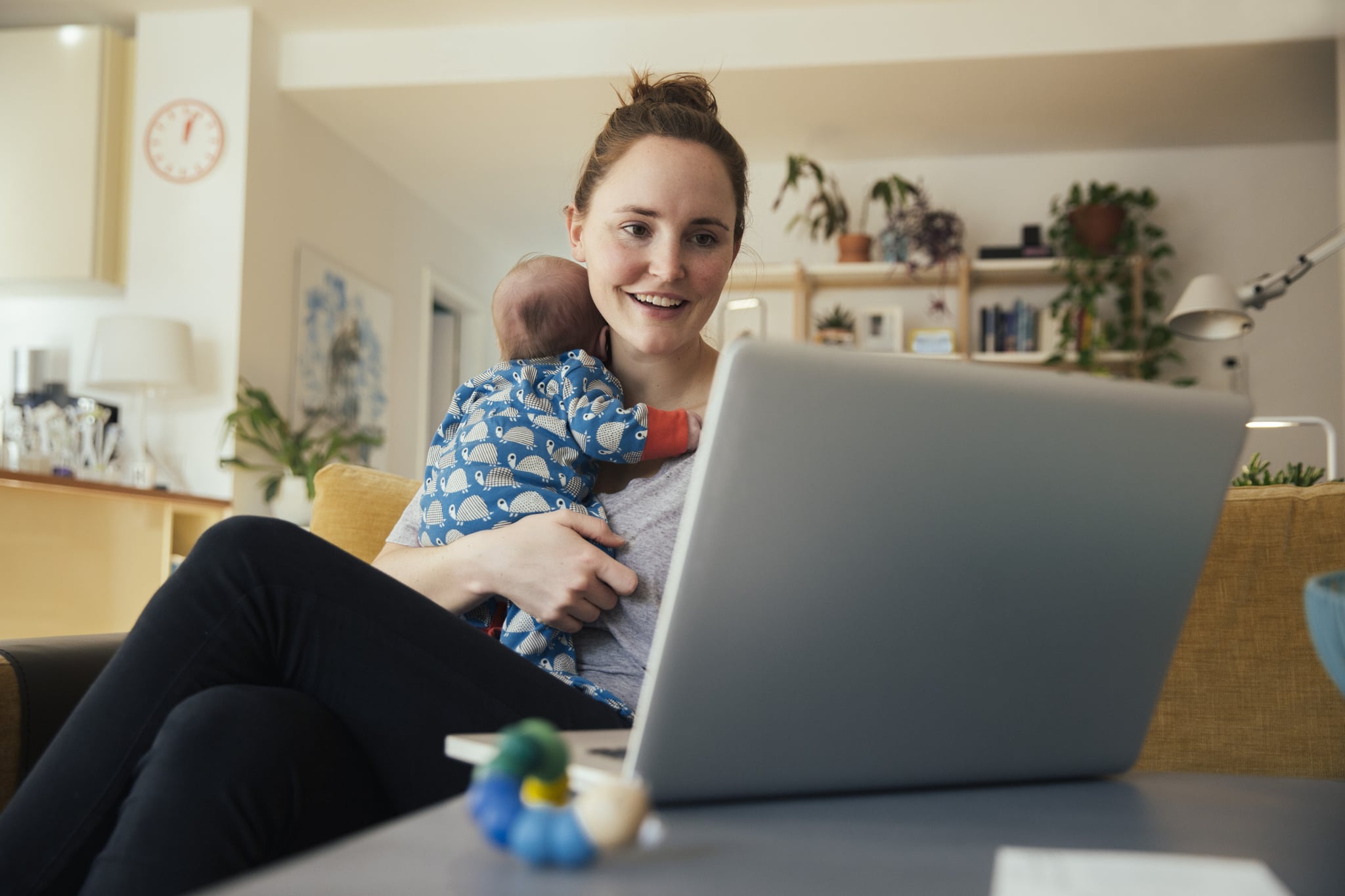 I always had a dream career in mind — I wanted to be a writer. But it remained just a dream until after I had my children. In high school, when I met with my career adviser and expressed my desire to find a work experience placement that helped me nurture that dream, she vetoed every placement I suggested. She said they would be too difficult and out of my reach, so instead I ended up in a kindergarten class. There was also the issue with my lack of confidence. I've been debilitated by crippling shyness my whole life, and though I've gotten bolder, it's still something that I struggle with. I convinced myself that writing was just not something that would ever be within my reach, that it was for other people who were smarter than me. It certainly didn't help when my career counselor shot down my idea. So I left my writing dreams tangled in the beautiful fictional lands of what could've been and decided to attend college to study nursing. Nursing was safe; nurses were always going to be needed. My parents were ridiculously proud, because not many people from my family had made it to college, and they adored the awe and respect people reacted with when they told them their daughter was a nurse.

My gentle and caring nature did mean that I was very suited to nursing, but it was a very stressful and demanding career, and after ten years, I was starting to feel burnt out. I dreaded returning to work after my second baby, lacking all enthusiasm when I filled out the flexible working forms necessary for a part-time return. I was also not surprised that my request was denied. My employer was unwilling to let me have set days and set shifts, meaning any childcare situation that wasn't begging my mom to care for the children on an as-needed basis would be impossible. Having two babies in 14 months had not only changed my body, but it had changed my entire being. After investing so much love in my kids, I knew I couldn't go back to a career I didn't passionately love, so I decided that I was going to change it. I didn't have a clue how, but I'd never felt so determined about anything in my life.

Related:
8 Things No One Tells You About Leaving Your Job to Be a SAHM

I decided to chase the dream of being a writer that I'd given up years previously. I began laying the groundwork to make the switch, but quickly realized there was no way I could write while my children were awake during the day. Since we couldn't afford daycare, I dedicated every evening to honing my craft. I was in a constant internal conflict with myself, debating if I should just be focusing on my children, but desperately wanting to pursue my dreams. A huge part of me wanted to wait until the kids were older, but another nagging part of me was shouting that it was now or never; I needed to start making money, as we couldn't survive on a single income for much longer. Like so much of motherhood, everything I did caused internal conflict, anxiety, and guilt. So I tried to do it all, exhausting myself taking care of the kids all day, and working towards my dream all night. I knew that no matter how tired I was now, it would be worth it if I kept going.

My husband was kind, but skeptical about how I was going to manage this monumental change. Some of our wider family were positively horrified that I would give up my stable career to do something that they didn't think I was qualified to do. I had many conversations with family members that fueled my guilt — they suggested I was being selfish and putting too much pressure on my husband to support us financially. This really hurt, though they had a point: I was being a little selfish. I was doing this with years of regret behind me, and a sudden realization that if I didn't act now, I could spend the rest of my life with that intense regret. I didn't want that, so I had to bury my guilt, and the opinions of others, to focus on myself just a little.

Related:
Moms, You're Never Too Old to Go Back to School

I worked hard and started to achieve moderate success — I was asked to collaborate on a book, which had a huge launch and did really well on Amazon. One of the biggest highlights was being contacted by a production company to see if I could pen scripts based on my blog posts. Going to see the finished films screened at the British Film Institute remains one of the best days of my life. It wasn't enough to get me to the place I wanted to be in, so I took classes and got a social media management diploma, and began picking up work in that field just so I could have a paycheck. Since I was no longer drowning, I took my time writing and apply for jobs that really appealed to me — and it paid off. Two organizations took a chance on me, and I began to really make a living doing what I wanted to do. When people ask me what I do, I can now finally reply "I'm a writer." The hard work, and the doubt, have all been worth it. It was frightening, but I can now say the words I never thought I'd say, and it feels amazing.

I still struggle to get all of my work completed while also being a full-time mom. I still feel guilty when I set the kids up with a movie so I can meet a deadline. But I'm always sure to tell them that mommy is working at a job she loves, and explain the differences between my old job and this one. They have a much happier mom than they would've if I were still a nurse, and I believe that counts for so much. Besides, it's good for them to see me work and understand from an early age that moms have dreams and ambitions — and work just as hard as dads — to provide for their families. I answer any questions they have about my work, and enjoy writing and storytelling with them. While I wasn't totally undertaking this career change with them in mind, I've taught them to reach for their dreams, no matter where they are in life. I have no doubts that everything about this career change will positively affect my family. I can work remotely, from anywhere, and (mostly!) around the kid's schedule. I am happy and more confident, and I know that watching me work is instilling a work ethic in them. Everything about this is positive for us, which is the best outcome I could hope for.