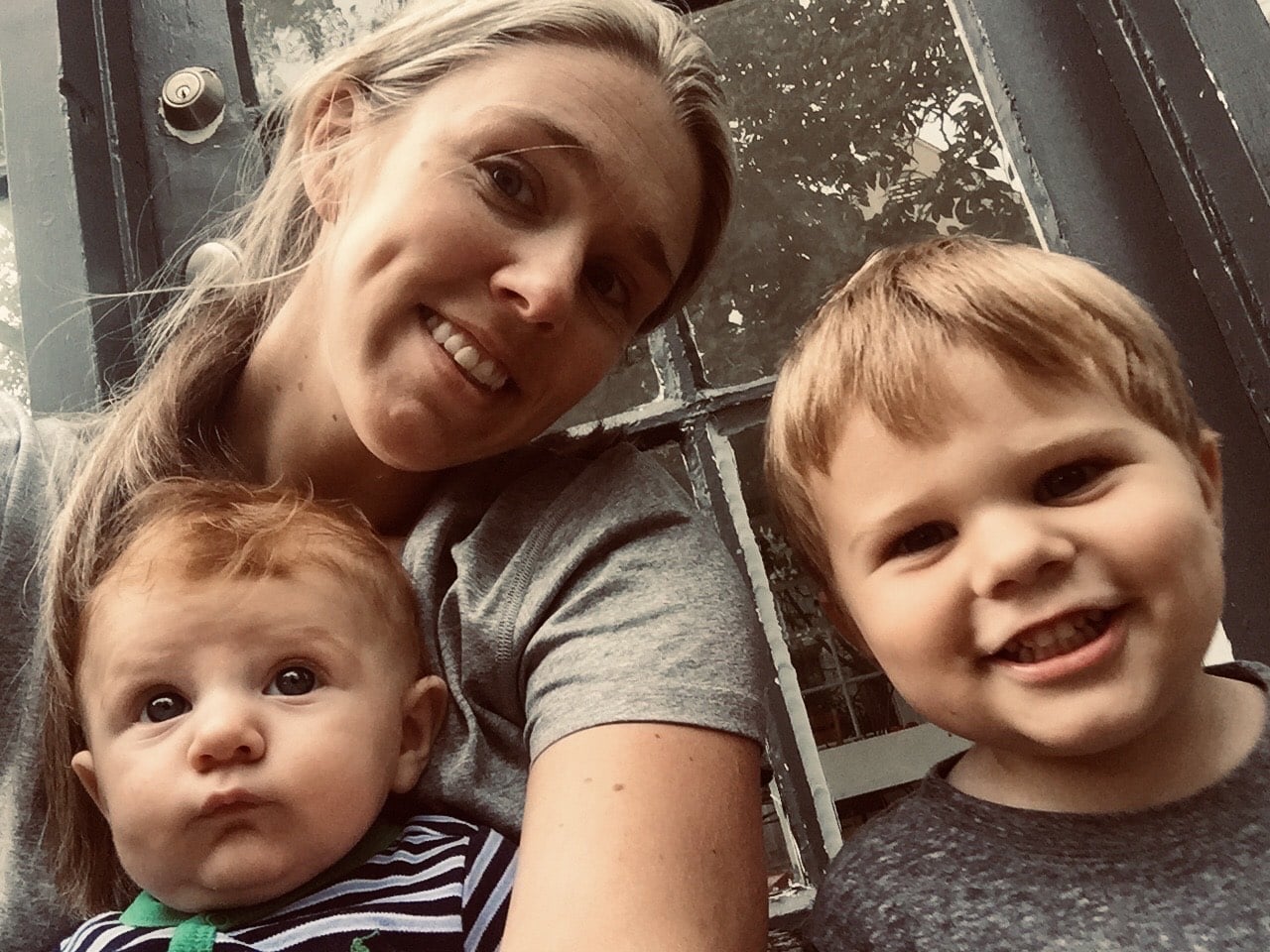 My husband likes to joke that I retired young. And yes, technically I did leave my full-time career to transition into a full-time stay-at-home mom. But the term "retirement" makes one think of a lifestyle blooming with the endless pursuit of relaxation and hobbies. And while at the time, I did feel that I was making the best decision for my family, I also began to question if I had made the best decision for myself. There aren't any set guidelines for parents as to what we should personally sacrifice to uphold a healthy family dynamic, and the situation is different for every couple. As my husband and I have experienced, most decisions are not without their own complications.

When I had my first baby, I worked out a compromise with my then-boss that allowed me to work from home. I knew I wanted to be home while my son was an infant, and I was grateful to be able to do that. I now refer to this point in my life as purgatory, because though I was home with my baby, I was still overwhelmed with work. I continued to work from home through the birth of my second baby, and that was when it became clear that I either had to return to work full-time or give up my job. I was overwhelmed. I felt that I wanted and needed to be with my children but I was hesitant to leave my job. The deciding factor was that my husband's job provided more financial support. It was tough to give up a career and paycheck that I had devoted so much of my time toward, but we decided that it would be best for our family if I took on the official role of SAHM.

Related:
I Asked My Husband What He Thinks I Do All Day as a SAHM, and His Answer Shocked Me

It was not long before our issues began to emerge. The typical scenario would begin when my husband returned home from work, and there I was, deflated, ragged, and eager to hand over the children. I was met with his observations like, "You get to stay home all day, you didn't even have to get dressed!" which inflamed my already negative attitude. I would respond defensively: "As if I had time to get showered and dressed! Did you use the bathroom today with a live audience? Do you know my entire day consisted of doing things for other people?" When I was especially fed up, I would threaten to return to a 9-to-5 job, a move that would reshape our current compromise and lead to an inevitable shifting of responsibility for the children and household duties. It was a response fueled by my need for appreciation and value, because I knew actually going back to work would ultimately put more stress on each other and on our family. It was as if we both felt slighted by the other. It was hard for me especially because my role had completely changed. I felt insecure in my new "job," where I was unpaid and inexperienced. At least when I was still working from home, my time was more respected because I had a legitimate commitment that I was compensated for. We had to figure it out, because I couldn't continue like this.

Sometimes I felt as if the world could end, and unless they announced it on Disney Junior, I would be completely unaware.

I could understand my husband's resentment toward me: to him, I'm sure it seemed like I did nothing all day. My daily accomplishments go virtually unnoticed because you can't measure full bellies, perfectly calculated nap times, squeaky-clean rooms, or the brutal negotiations over eating, sleeping, and the potty, like you can in a typical 9-to-5. But it all takes a mental toll. And all the while, I battled my own sense of inadequacy. Sometimes I felt as if the world could end, and unless they announced it on Disney Junior, I would be completely unaware.

After realizing we were both feeling negatively toward one another, we hashed everything out in an honest and heated discussion. We realized we needed to improve was the way we communicated our feelings. We both can tend toward snarky comments, which always ignites a battle of wits, but we learned that this isn't the way to voice our frustrations. We need to be honest, communicate our concerns in a respectful way, and share them in a timely manner, versus allowing bad feelings to develop into resentment. We both concluded that in order for our needs to be met, we had to share exactly what those needs were. For example, I shouldn't assume that my husband is blatantly ignoring the fact that the trash needs to be emptied or the dishwasher to be loaded. Instead, I need to directly tell him what I need: "If you wouldn't mind doing the dishes and trash, I will take the kids up for bath." Or, "Would you hang out with the kids? I need a minute to myself and a quick shower." By just asking for what I needed, I was making space for him to help, instead of silently hating that he never seemed to do anything. And he learned to recognize all I did to make our household run smoothly, instead of taking that work for granted.

Related:
It's Not That Easy to "Plan On" Being a Stay-at-Home Mom Before You Have Kids These Days — Here's Why

What helped my outlook on my SAHM role was for both of us to treat it as if it were a job. I starting making task lists, setting goals, and sticking to an organized schedule. As a couple, we sought out simple resolutions to encourage less resentment: I would reevaluate how I greeted my husband when he arrived home, as my frustrated attitude was affecting both of our moods. He would let me vent about my struggles and make more of an effort to applaud how much of myself I devoted to child care. He would also willingly step in to allow me the time to walk away from my job. And we both had to acknowledge the fact that our days were grueling and mentally exhausting in different ways. As a team, my husband and I came to the conclusion that in order to maintain a well-balanced relationship, we both needed to hold up our end of the deal: he at his career, supporting our family's basic needs, and me at home, maintaining the quality of our house and family — both equally important. I don't mean to imply that our relationship is now perfect, but I take heart knowing that we both value our relationship enough to work toward improvement.

I admit that I was not always comfortable in my role as a SAHM, but I have since learned to embrace it. I know that it's thankless and underappreciated at times, but I do find great reward in raising my children. I've come to realize that my tenure in this role is limited, as time will inevitably pull my children toward their own paths, and I'll be set back on mine — which helped me realize what a special moment this is. During this short time, I get to see the world through my babies' eyes. And rather than marking accomplishments through deadlines met, my true gratification is that I am the keeper of milestones, the voice of lessons and lullabies, the embrace that soaks up both giggles and tears, and the place where little sleepy bodies come to rest.