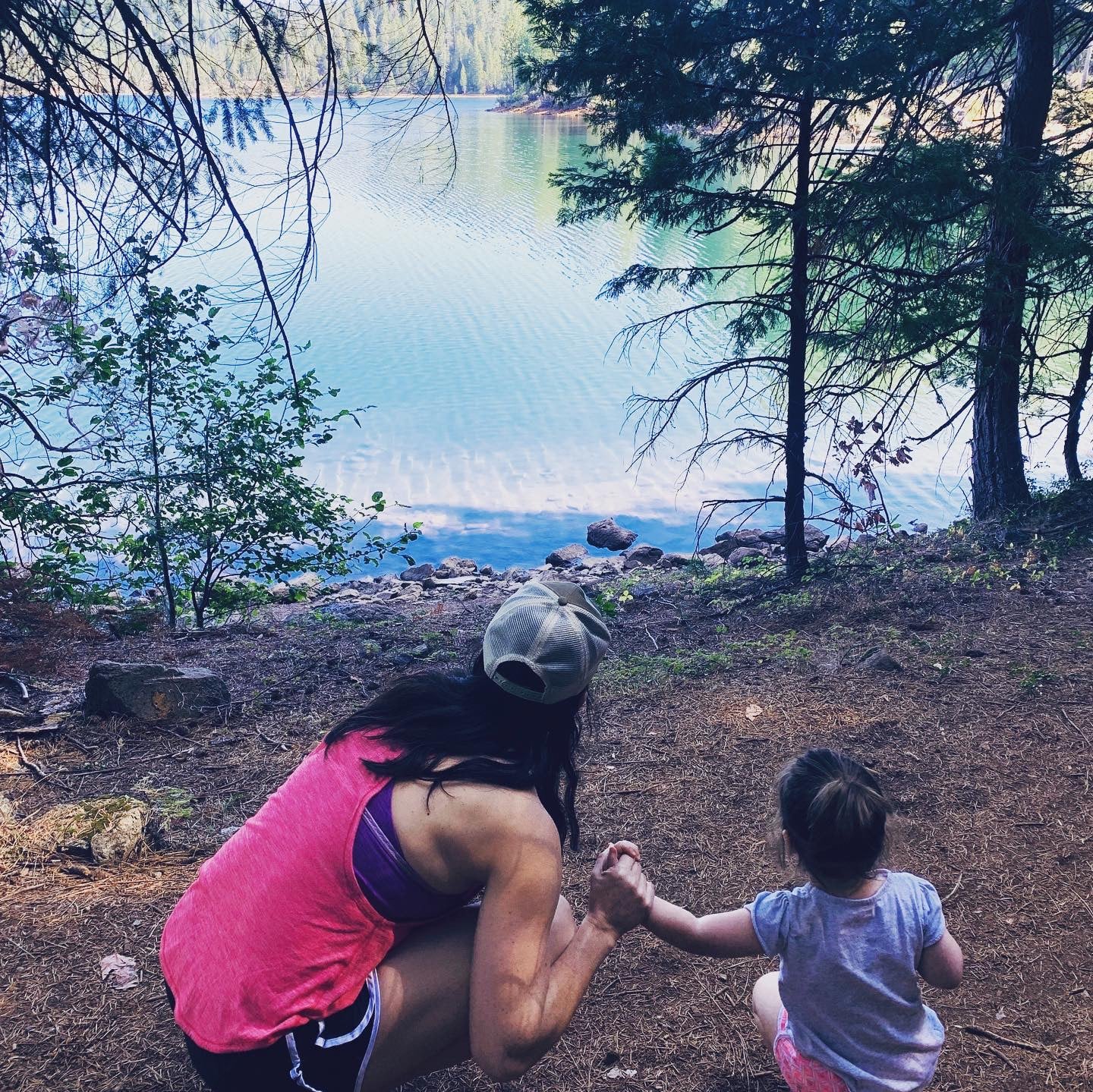 The weekend that I graduated from law school, my mom told me that she had ALS — a neurological disease for which there is no cure. Before that moment, I had a really easy life. The biggest heartache I had suffered was a bad breakup and for the most part, I was happy. Over the next year, I moved in with my dad to help care for my mom. Given that there was little we could do, we mostly tried to show her support as we slowly lost her.

Less than two years after my mom died, my father was diagnosed with non-Hodgkin's lymphoma. He successfully completed chemotherapy, but the cancer returned in less than two years. I spent weeks in the ICU by his side before we eventually lost him too . . . on my mother's birthday.

Less than three years after my dad died, my daughter Fianna was born. There were a lot of aspects of pregnancy that scared me, but what frightened me the most was that I would become a parent without my parents. I dreamed of my parents meeting her at the hospital or calming me down after sleepless nights.

But, I mostly worried that my grief would prevent me from being able to take in the happiness of parenthood. Having a daughter without my parents was a glaring reminder of their absence in my life. I could not avoid the sadness that came from knowing that Fianna would never meet her maternal grandparents and they would never meet her.

There is no doubt that my parents' absence in my life, and my daughter's, clouds my parenting experience. There isn't a day that goes by that I don't wish they could meet the beautiful little human being that I get to call my daughter.

But what I didn't expect was how years of facing grief and loss prepared me physically and emotionally for parenthood. In the eight years that my parents were sick and passed away, my life was consumed by doctor's appointments, hospital visits, depression, and hopelessness. I was physically and emotionally exhausted from the hours consumed by watching them pass away and feeling like there was nothing I could do to help.

The early days of motherhood are not easy — breastfeeding, little sleep, late nights, lack of time to shower. But the many years of sadness I experienced with my parents enabled me to appreciate the opportunity to watch a little baby grow. After many sleepless nights at hospitals, I felt better prepared emotionally and physically for motherhood, and I understood how lucky I was to watch my baby grow after years of watching my loved ones die.

Parenthood is hard and I, of course, have many moments of exhaustion and frustration. But losing my parents gave me perspective on how common loss is and how we need to take in all the beautiful moments that we can.

I would do anything to somehow change the course of history and have my parents be here with me, but instead I'm taking in all the love from Fianna because I know my parents can't.