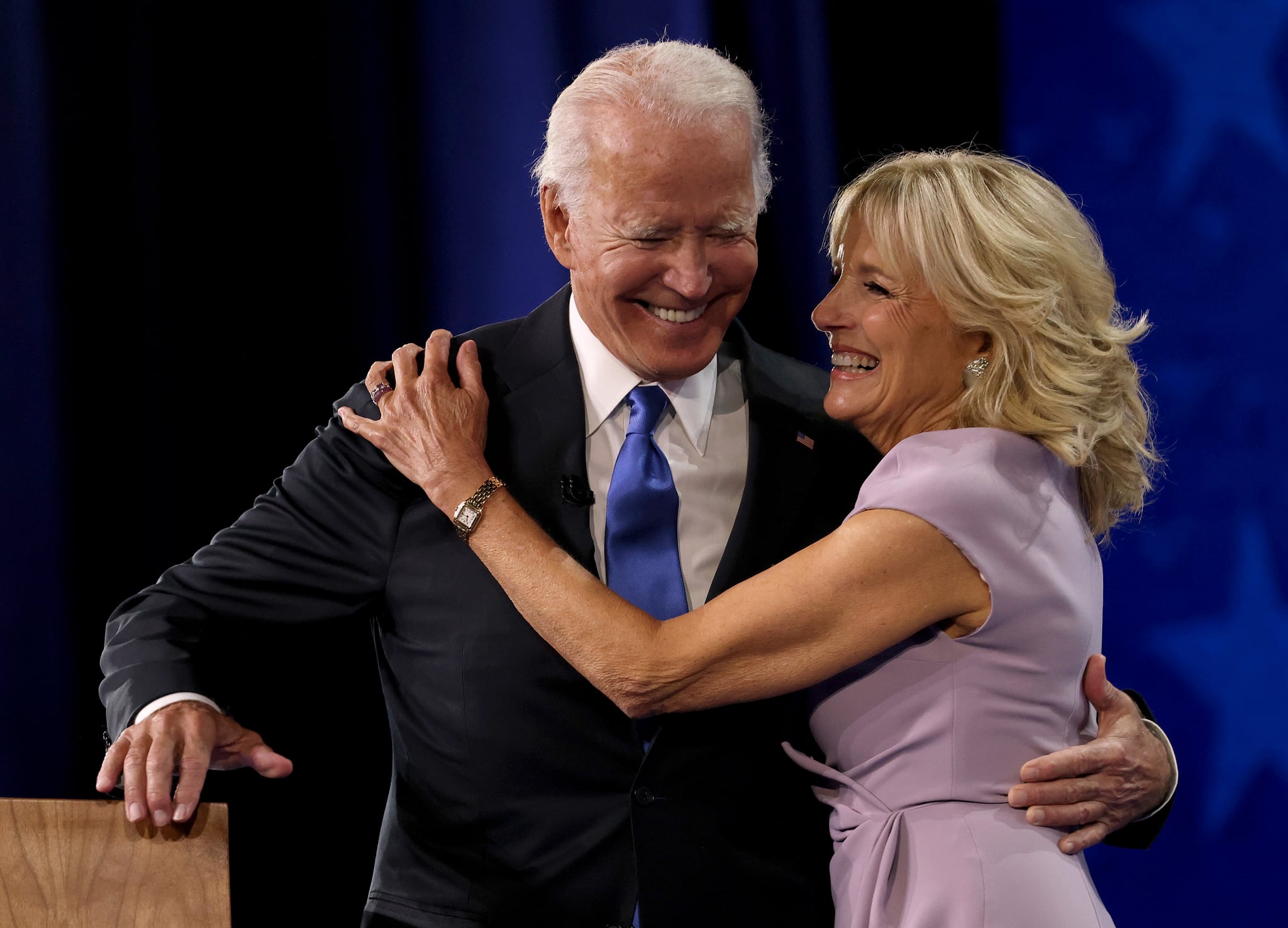 President Joe Biden and Dr. Jill Biden opened up about their 43-year marriage in their first White House interview. Along with discussing their return to Washington, the pair shared how they've supported each other through both good and bad times. According to President Biden, stepping up when your partner is struggling is key.

"She has a backbone like a ramrod," President Biden, told People. "Everybody says marriage is 50/50. Well, sometimes you have to be 70/30. Thank God that when I'm really down, she steps in, and when she's really down, I'm able to step in. We've been really supportive of one another. I've read all that data as well about families under pressure, and that's why I'm glad she kept her profession. It's really important that she's an educator, although she took off two years when we first got married because the boys were little. It's important that she has the things that she cares a great deal about, her independence. And yet we share each other's dreams."

Related:
My Heart Is a Puddle on the Floor After Seeing This Photo of Beau and President Biden

Dr. Biden acknowledged that they've learned how to support each other after experiencing personal tragedies — like the death of their late son, Beau — as partners. "All that we've been through together — the highs, the lows and certainly tragedy and loss — there's that quote that says sometimes you become stronger in the fractured places," she said. "That's what we try to achieve."

"Jill came along at a really important point and put my family back together."

According to Joe, he met Jill at a critical juncture in his life. In fact, he's not certain he wouldn't have stayed in the public eye if it wasn't for her.

"We each could do our jobs, but not as well as we do them," said President Biden. "I don't think I would have stayed involved in public life. Jill came along at a really important point and put my family back together. She's the glue that held it together, and I knew that I wanted to marry her shortly after I met her . . . It's not that we don't fight and argue sometimes. I'm just lucky."

Dr. Biden agreed, saying, "Well, after 43 years of marriage there's really not that much more to fight about."

Watch the video below to see the full interview.

Ed Sheeran
Ed Sheeran Announces Birth of Second Child: "Over the Moon to Be a Family of 4"
by Eden Arielle Gordon 3 hours ago