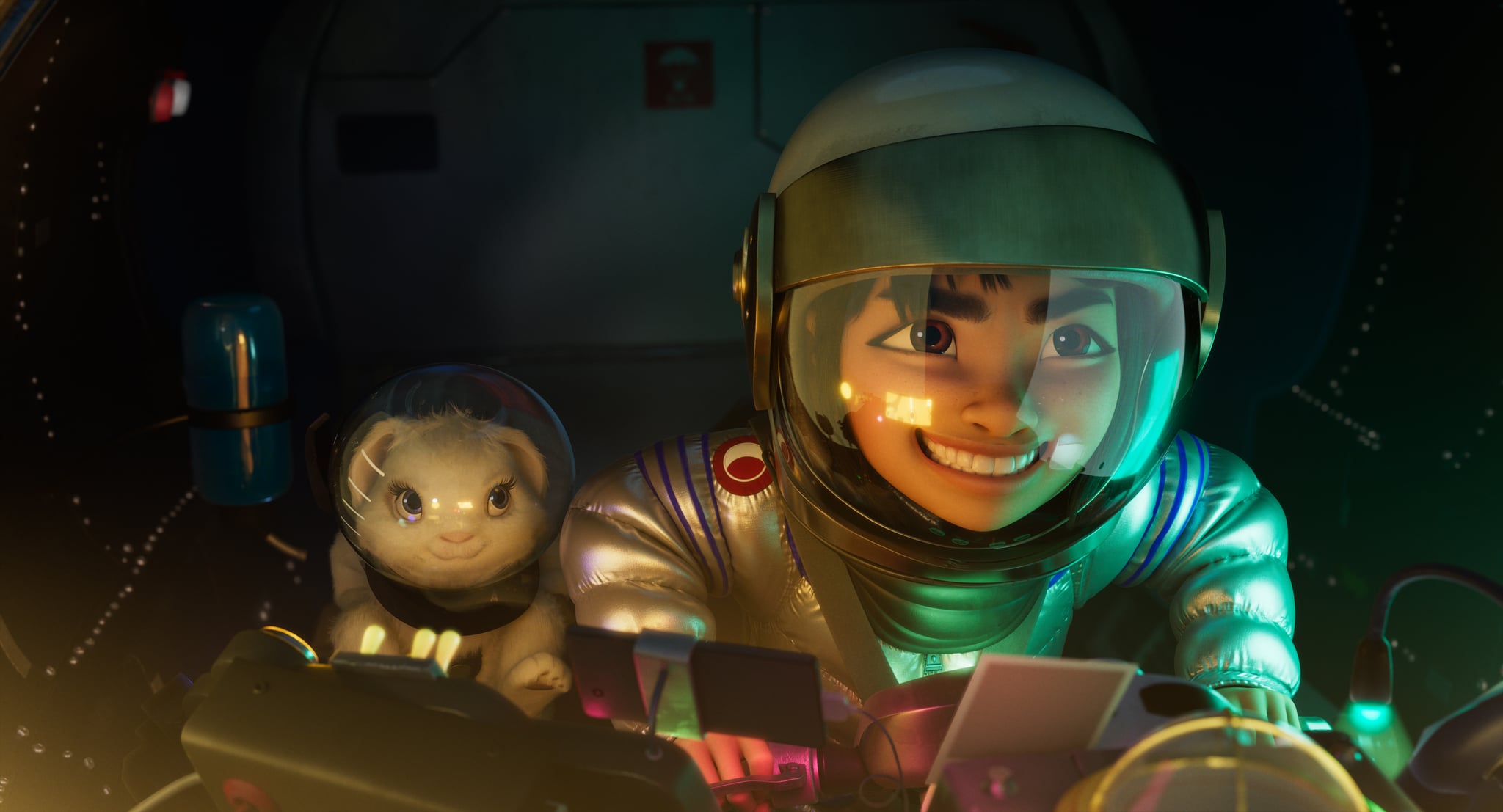 Netflix's newest animated feature film, Over the Moon, is a spirited and heartfelt movie full of fun adventure and positive life lessons. The story follows Fei Fei, a courageous and intelligent young girl who loses her mother and four years later must grapple with her father finding love again. Weaved into Fei Fei's life is a Chinese myth her mother used to tell her about the immortal moon goddess, Chang'e (voiced by Phillipa Soo!), who spends eternity waiting for her long-lost love. Both stories of love and loss intertwine to create a beautiful coming-of-age tale full of personal growth and teachable moments.

Over the Moon is bound to become a family favorite and a film that your kids can learn a lot from, as alongside its vibrant animation and beautiful soundtrack, the movie contains some deep and heavy themes that could spark meaningful conversation for you and your loved ones (especially if Fei Fei's life experiences are similar to your child's). Read more about the emotional plot points and other small things you might want to know about before hitting play on this sweet film.