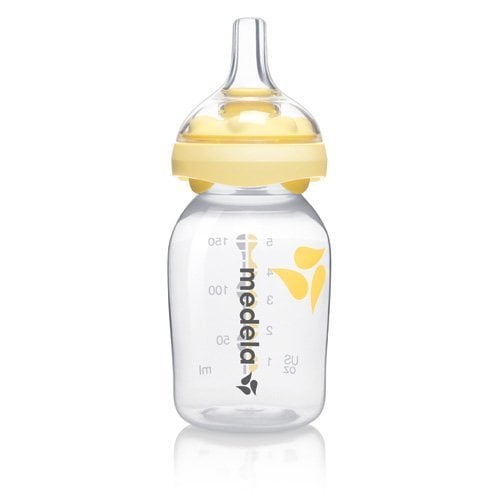 One would expect that the bottles designed by a company best known for their breastpumps would be ideal for breastfed babies — and Medela's Calma bottles ($14) are. The bottle's unique nipple — it is longer and flatter than most others on the market — requires babies to use the same sucking motion used when breastfeeding in order to create a vacuum to release milk. Though the nipple has several pieces to assemble before it is placed on the bottle, users say it is worth the extra steps.

Ciara
Ciara Said Her 3-Year-Old Daughter Thought Her Brother Was a Baby Doll, and Welp
by Murphy Moroney 1 day ago

Alec Baldwin
Alec and Hilaria Baldwin Are Officially the Proud Parents of Baby Number 5!
by Chanel Vargas 2 weeks ago

Babies
A Mom Says Breastfeeding Is "the Hardest Thing She's Ever Done," and Hear, Hear!
by Murphy Moroney 8/05