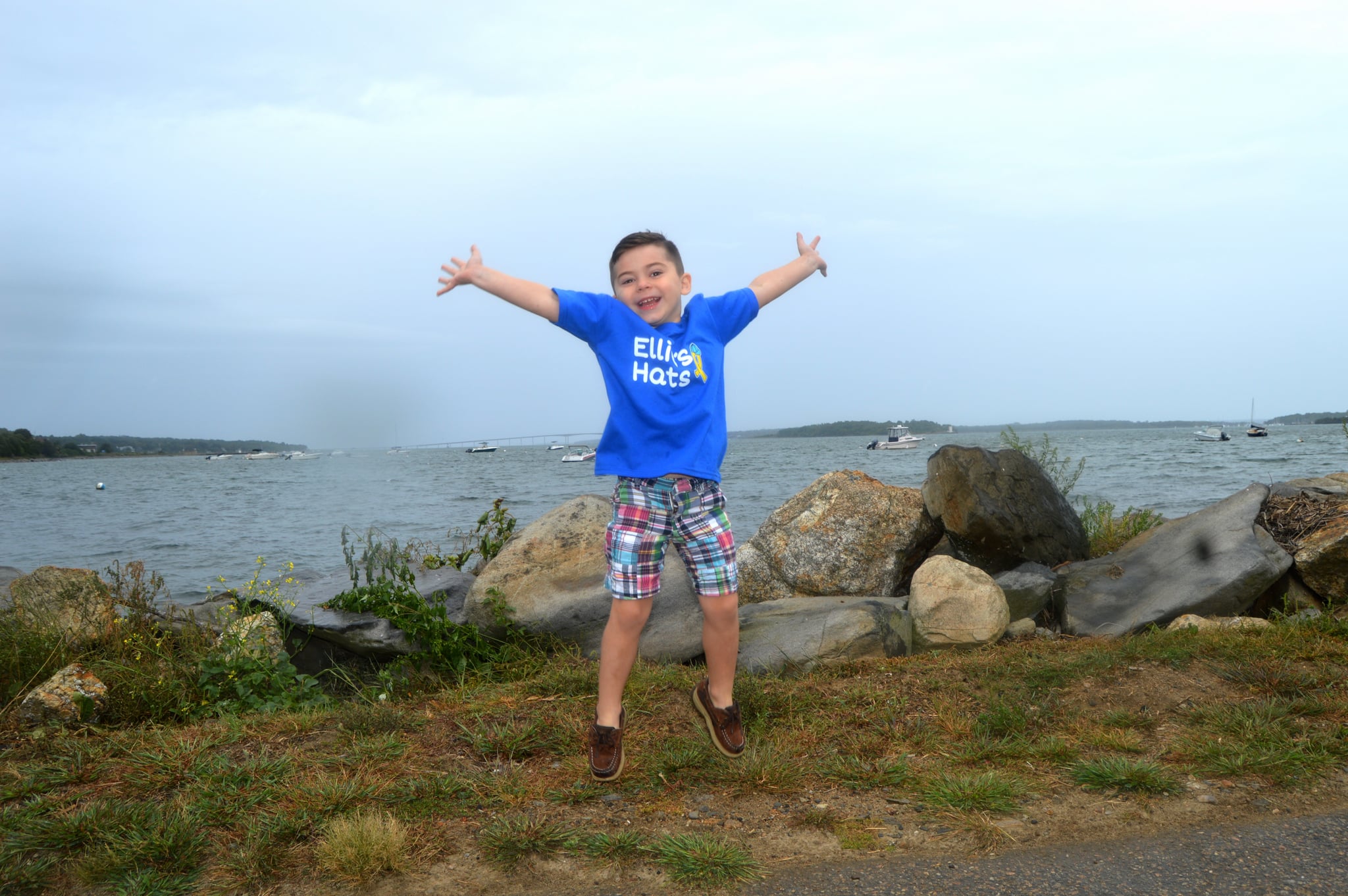 We drive the 147 miles to Boston Children's Hospital for regular appointments, MRIs, sleep studies, and EEGs, taking our son out of school to meet the demands of his medical treatments. It's taxing on the body, mind, and soul. Watching our child deal with a severe medical condition from the time he was just months old is draining. I feel helpless, desperate to do something. "If I could just take his place," circles my mind daily, sometimes keeping me up at night.

As he gets older, the journey gets more difficult for him to handle. He's wiser. He is more aware. He's been through enough at this point to realize what's coming when we walk through the hospital doors or into a blood drawing center. He has a debilitating fear of needles, but regular blood work to check the medication levels in his system is critical to his safety. So, he deals with the circumstances as best he can. He is brave, resilient, strong, and understanding. After all, this is what he's known his whole life. It's part of who he is.

That doesn't make listening to the comments get any easier. "I would have never known," people say. "But he looks so normal." These statements shoot a dagger right through my heart. They come regularly, leaving me with mixed emotions. On one hand, I'm relieved that my son's disability doesn't physically define him. I carry a lot of hope in my heart that he will be judged by his strengths, rather than his weaknesses, when he begins to lead an independent life. On the other hand, my heart aches a bit that he's sometimes looked at with pity. I don't want the way people look at all he has to offer to change when they realize the depth of his struggles. The endless struggle for balance in the life of a child with a disability seems like you're walking a tight rope.

Related:
People Told My Daughter With a Disability She Wouldn't Be Able to Do Everything She Does Today

As a parent, it's a constant battle in your mind. I want him to live an independent life. I don't want him to be defined by his disability, restricted by the limitations that his peers will never understand. On the other hand, I want to keep him safe, shelter him, protect him from any harm that this illness may cause. It's heartbreaking to watch him struggle, to see him yearning to be like other kids his age. To desperately wish he didn't have to go to the doctors all the time. Yet the milestones are so much more rewarding. Watching him overcome the challenges fills me with an immense sense of pride. I appreciate the small things in such a profound way because he has taught me that it's the small things that make the biggest impact on your heart.

When your child has a disability that's not obviously visible, it's difficult for others to recognize how deeply you struggle. The chronic illness that my 6-year-old has fought since he was an infant has grabbed control of our entire family. There's a nagging fear that surrounds you-the what-ifs, the guilt, the trauma of witnessing past medical events. But there are also incredible blessings that come from the other side of this- perspective, strength, accomplishment, pride, the ability to live in the moment.

At just 5 months old, I handed my baby to a pediatric neurosurgeon, not knowing if I would ever see or hold him again. I had just met this doctor after learning that my son had a life-threatening brain tumor. Hours later, he was whisking my son into the operating room. Despite the fact that we were strangers, I trusted that doctor to save my child. Thankfully, he did and my son has grown to be an active, silly, loving kindergartner.

Related:
Virtual Learning Is Putting a Serious Strain on Teachers and Parents of Children With Special Needs

No, you wouldn't know what he's been through just by looking at him, but that doesn't mean he's OK. He struggles daily with hemiparesis, a partial paralysis of his entire right side due to a stroke he experienced during his nine and a half hour surgery. This has greatly affected his fine motor skills, meaning he attends occupational therapy sessions multiple times a week. The empty space in his brain, where the tumor once lived, leaves him with processing delays. That adds multiple speech therapy appointments a week to the schedule.

And then there's his epilepsy, the most difficult challenge I've faced of this entire journey. He takes medications twice a day, has an emergency plan with restrictions at school, and often deals with memory loss after a seizure. I'm not sure what's more difficult to deal with when your child has epilepsy — the fact that it strikes out of nowhere, often when you least suspect it, or the fact that those closest to you are afraid to be alone with your child.

My son has a disability that goes unnoticed. In many ways, I'm grateful for that. But we never fail to bring awareness to his struggles. When it comes to conversations about his medical journey, we're an open book. It helps to limit the surprises (he knows why he can't be just like his peers) and it helps others learn to keep him safe. Epilepsy has shaped both mine and my son's lives. I worry constantly, have many sleepless nights, and wonder if I've done everything possible to keep my boy safe. But, I'm proud to say, it doesn't define who my child is. He pushes his limits, reaches milestones we were told he may never reach, and is a daily reminder that life is what you make it. My child has an invisible disability, but that disability doesn't have my child. For that, I am so incredibly proud of the fact that "you would have never known."