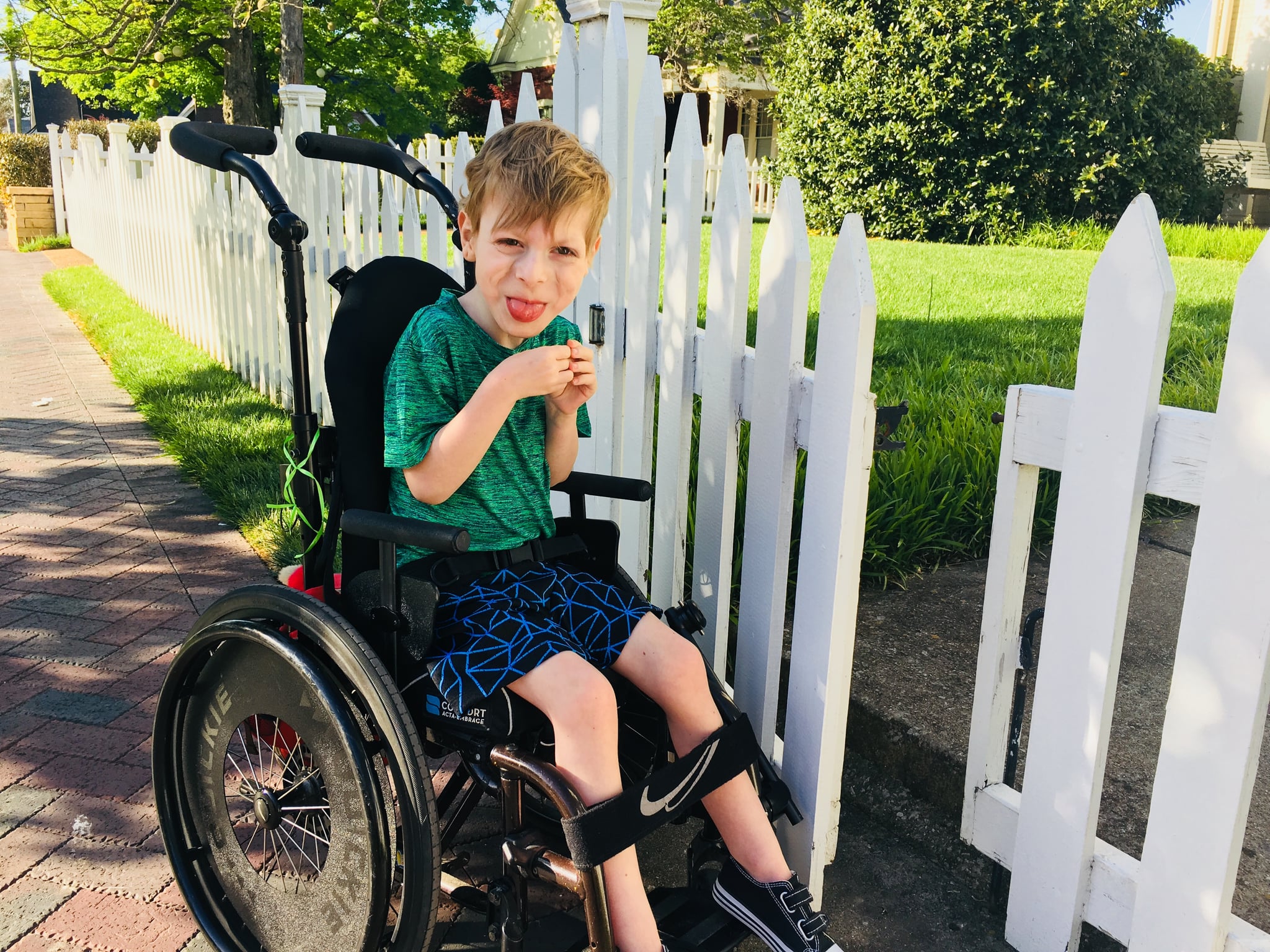 To My Son's Future Employer,

There are many things I would like to tell you about my son. But first, a few things you already know: Charlie has cerebral palsy. It's hard to miss that wheelchair. I'm sure you thought about that when you considered whether he could handle the physical aspects of your job. I'm sure you mentally scanned the facility for handicap parking spots, elevators, appropriate curbs, and sidewalk access. At least I would hope you did.

Charlie also has limited speech — another thing that's hard not to catch onto fairly quickly. But as you can see, he uses his speaking device. Think of it as the most necessary iPad anyone could ever use. To watch him navigate it is to watch a magician do his tricks. But just because he can't speak, don't for one second assume he doesn't know what you're saying. He may not be able to say the words, but he was reading at age 5 and doing math at 6, so when you talk about office policy, lunch breaks, W-9s, or customer service, he gets it. Please, if you can, resist the urge to talk louder and slower. He's not hard of hearing. He doesn't need your speech in slow motion.

Here's one thing you don't know yet: he will be your hardest worker. How could he not? He's been doing physical and occupational therapies since he was 3 months old. He knows what it is to invest the time into getting something right. It took him six years to hold a spoon, but he never gave up. Repetition and determination have served him well.

As your employee, Charlie will give his best to make your business a success. Please take the same care with him. It's often the quiet ones that get forgotten or bullied. I expect you to both ensure his safety and to award him the respect he deserves, as you would do with any of the people in your company. This is all he wants — to be treated like anyone else. Nobody wants to be made an example of, and he doesn't need to be your poster employee for disability. He's not in it to meet a diversity quota. He wants to exercise his people skills and bring home a paycheck. He wants to earn his way.

And as we start this long-awaited phase of life, I want to thank you in advance for being a part of his independence. It's what I, as his mother, have dreamed of since he was born. He has worked so hard for this. We will be celebrating here at home on his first day of work. We will have cake with candles, just like you would at a birthday, even if it embarrasses him. Because in a way, it IS a birthday. It's the birth of his independence, the day he's leaving home and entering the world in his own right. I will tell him to make a wish for all the hopes he carries with him into this first job. And I will make my own wishes, too.