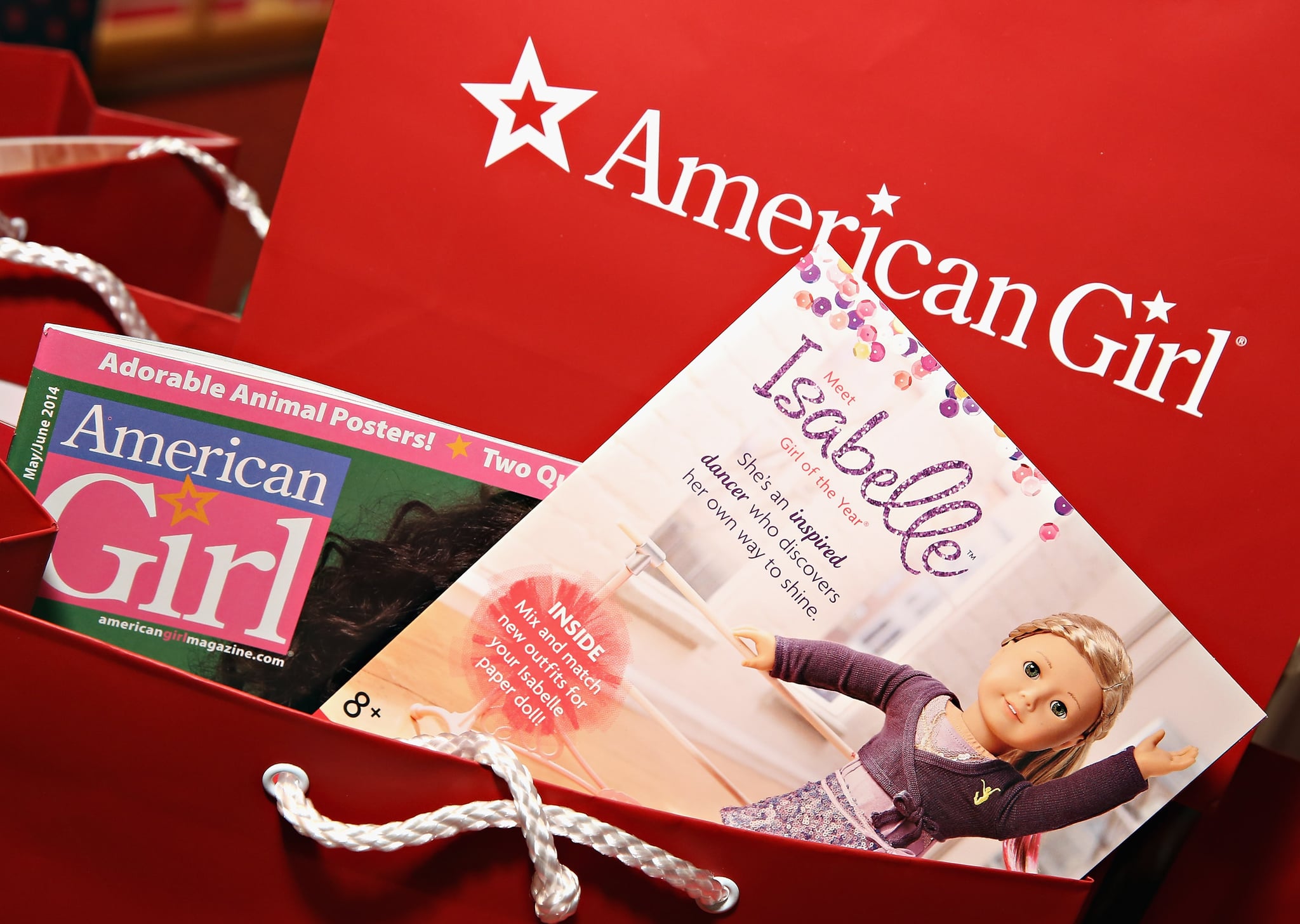 As I was taking my dog on her afternoon walk on Dec. 31, 2020, we passed the American Girl store, a familiar route I walk to relive the nostalgia of my youth. Similarly, I have a dear friend who anticipates her family's yearly trips to New York, where she can visit the American Girl Place to revisit that same, goosebump-inducing memory lane.

These storefronts remind us of the days where we would read through the American Girl stories and absorb both nuggets of American history and lessons of a shared humanity. These stories empowered both of us to defend women's rights, use our freedom of speech, and face challenges head on. Even though we grew up separately, not meeting until college, we had similar experiences of growing up with American Girl. We read through each character's books, ordered the magazines, flipped through the catalogs, and dreamed of what our next birthday present could be. And we were both the privileged and excited children who got their Samantha Parkington dolls in 2000, when we were 7 years old.

But on that chilly morning a few months ago as I passed the storefront, I looked through the window at the display for the new Girl of the Year doll, and I saw Kira Bailey — a blond, white character — looking back at me. Another white American Girl, just like the year before with Joss, and the year before that with Blaire.

It's been like that since 2018, when the last new doll of color was introduced (excitingly, she was into STEM and shared a powerful message of women in science). While all of the past dolls of the year have shared a significant lesson, the norm for that lesson's face continues to be a white, European-descended heroine. Only five out of 19 Girl of the Year dolls are girls of color — that's only 26 percent. What is even more concerning to me is that there has not been a single Arab American and/or Muslim American doll, when more than 1.5 million Arabs live in the US and approximately 3.45 million Muslims live in the US.

Representation matters. I, an Iranian American girl, and my dear friend, an Afghan American girl, are both daughters of Muslim refugees and immigrants. We both gravitated toward Samantha because she was the closest to our likeness — and not surprisingly, we are both passionate public speakers akin to her character. We chose Samantha because she was the only doll that looked somewhat like us: with dark, long hair, similar to the style my mom crafted with a hot iron for special events. Her skin was lighter than our own, her heritage didn't resemble our culture, but her hair and her story were enough for us to draw a tenuous connection.

Related:
American Girl Just Released a "Historical" Doll From 1986, So Feel Free to Put in Your Dentures

As our love for strong-willed characters matured, we dived into Josefina's stories, where we were introduced to her rich Mexican heritage. We questioned the stolen land we live on and learned the importance of restorative justice through Kaya's coming of age in the Nez Perce tribe. Addy's journey from slavery to navigating postemancipation life showed us how American history's inequity and racism persist and that stories are told so generations to come can learn from recorded history.

What we did not see is the daughter of refugees, a West or Central Asian American immigrant, or a Muslim American girl. Although American Girl is historically a Christian brand, through Rebecca Rubin, we learn about Jewish culture — her character has a Hanukkah and Sabbath gift set. This representation is to be celebrated but also illustrates the opportunity to show more girls that their diverse cultures, faiths, and traditions are worthy of celebration.

Luciana and Rebecca's more recent debuts as diverse characters of minority backgrounds were a glimmer of hope for diversity in a world where white dolls continue to be the norm. A world where girls like me only have Jasmine's mixed, all-in-one heritage of Arab/Muslim/Central/West Asian to look up to. I know I'm just one of many West and Central Asian girls who hope that American Girl will one day hear their pleas for a doll that has a name like theirs, a face like theirs, and a story that reflects their own. A doll that comes with a Nowruz gift set to celebrate the Spring Equinox New Years or a doll that dons a headscarf for Eid prayer would be fitting for a brand that aims to introduce children to diverse cultures and traditions.

The 2021 Girl of the Year, Kira, spotlights admirable efforts to defend animal rights, promote conservation, and address climate change in Australia. The diversity of messages American Girl shares is unlike any other company, but the diversity of its characters' heritages is steadfastly lacking in representation. After 35 years as a company, I and other West and Central Asian Americans call for the introduction of an American Girl that could share a story that highlights our roots while showing the beauty of our traditions, faiths, and cultures. As is in the mission statement of the Girl of the Year, such a release would give a voice to the diverse range of personalities and backgrounds that offer a broader worldview, help teach acceptance, and promote inclusion to children across the country.