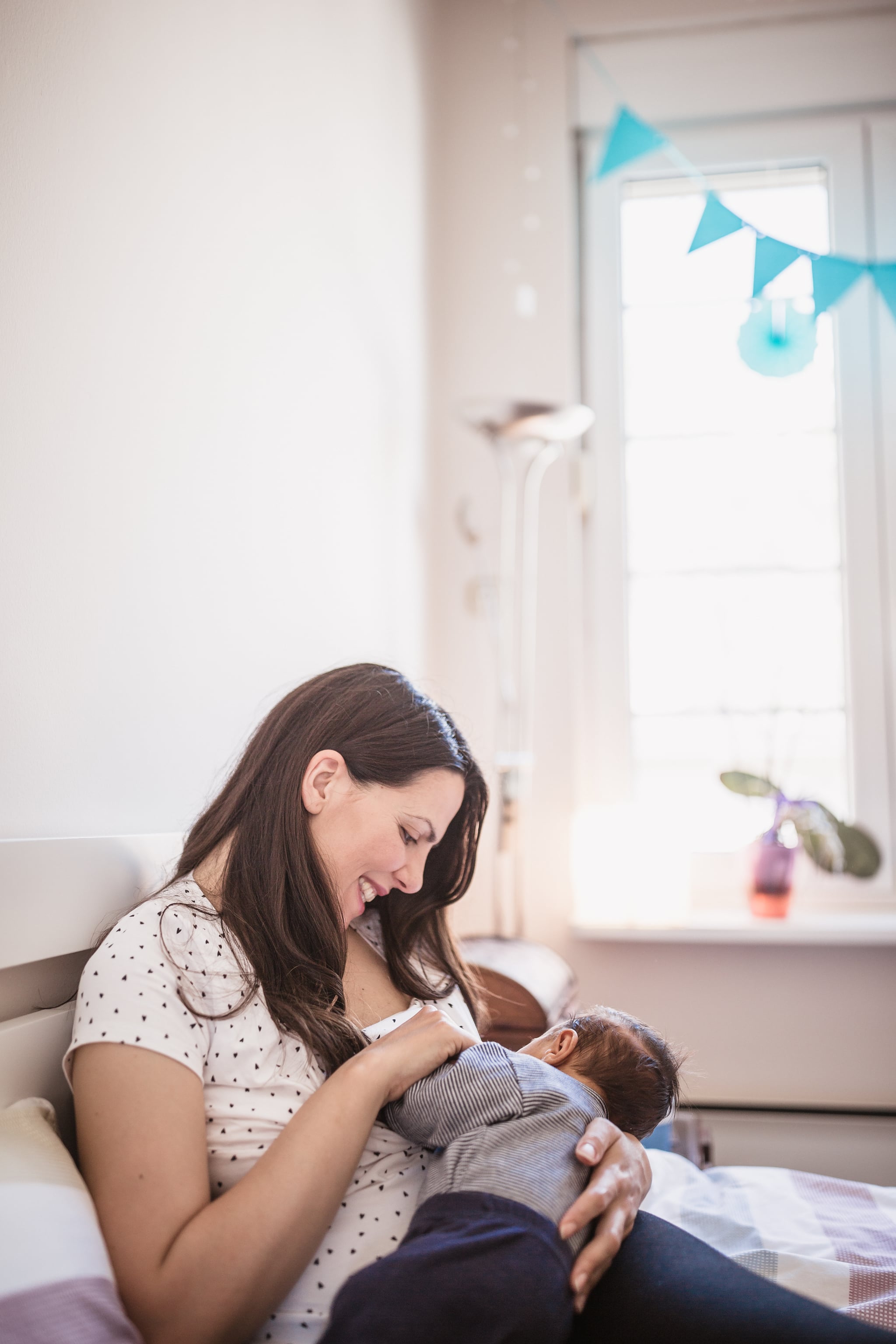 Breastfeeding on a schedule worked best for my baby, but I quickly learned not to talk about it. Breastfeeding mothers often rely on babies' hunger cues and shun schedules. But the clock's guidance actually transformed my colicky infant into one who was happy, alert, and even met her milestones more quickly.

In the breastfeeding 101 class I took while pregnant, I learned to read hunger cues like rooting and to watch for sleepy signs like ear pulling. Those signals were to guide when I fed the baby and when I put her down for a nap. But when she arrived, I found that it was not so simple. She rooted near constantly and I never saw any sleepy signs. I felt anxious and exhausted, and so did my infant.

That's when I tried something different. I admitted to myself that I couldn't read the hunger cues. Crying was the only signal I had to go by, which meant she was suffering from hunger by the time I fed her. Instead, I wrote out a schedule where I'd nurse her every two and a half hours, before she got to the point of wailing for food. I anticipated when she would be hungry, and got the feeds in before it became a desperate situation.

I made another big change: I stopped assuming that every cry meant hunger. I noticed that sometimes she'd start up about an hour after nursing. Confident in my plentiful milk supply, I realized that this probably did not indicate hunger . . . but maybe it meant she needed sleep. I used the timing of these fussy periods to set up a nap schedule that followed a repeating routine of nurse, play, sleep.

The positive change in my daughter's temperament was apparent to the moms at my weekly mommy-baby group, but I knew better than to tell them what was behind it. At previous meetings, when new moms inquired about baby routines and schedules, they always seemed to get the same response from our facilitators and guest speakers. Baby scheduling was taboo. The general consensus was that it was bad for babies, even when moms shared positive stories about it.

I didn't feel like being shamed, so I chose to stay quiet. I was very confident that I was doing what was best for my baby, as well as for myself. However, I felt that hearing others argue against my actions would cause me to doubt myself when I had finally figured out what worked for me.

Breastfeeding on a schedule changed my baby from living life in an uncomfortable state to living it in a happy, relaxed state. It helped me too. I knew generally what to expect each day, and I felt successful in meeting my baby's needs. That made me feel confident in myself as a mother — a feeling I carry with me today. I nursed her for 28 months, and I probably never would have been able to had it not been for the predictability of a routine.

The pressure to get motherhood right was definitely part of why I didn't talk about schedule feeding. There's nothing worse than feeling like a bad mom in the spotlight. However, this experience allowed me to develop confidence in my parenting decisions. If I have another baby, I will definitely be more open about how I choose to feed, because I've learned that mama really does know best.