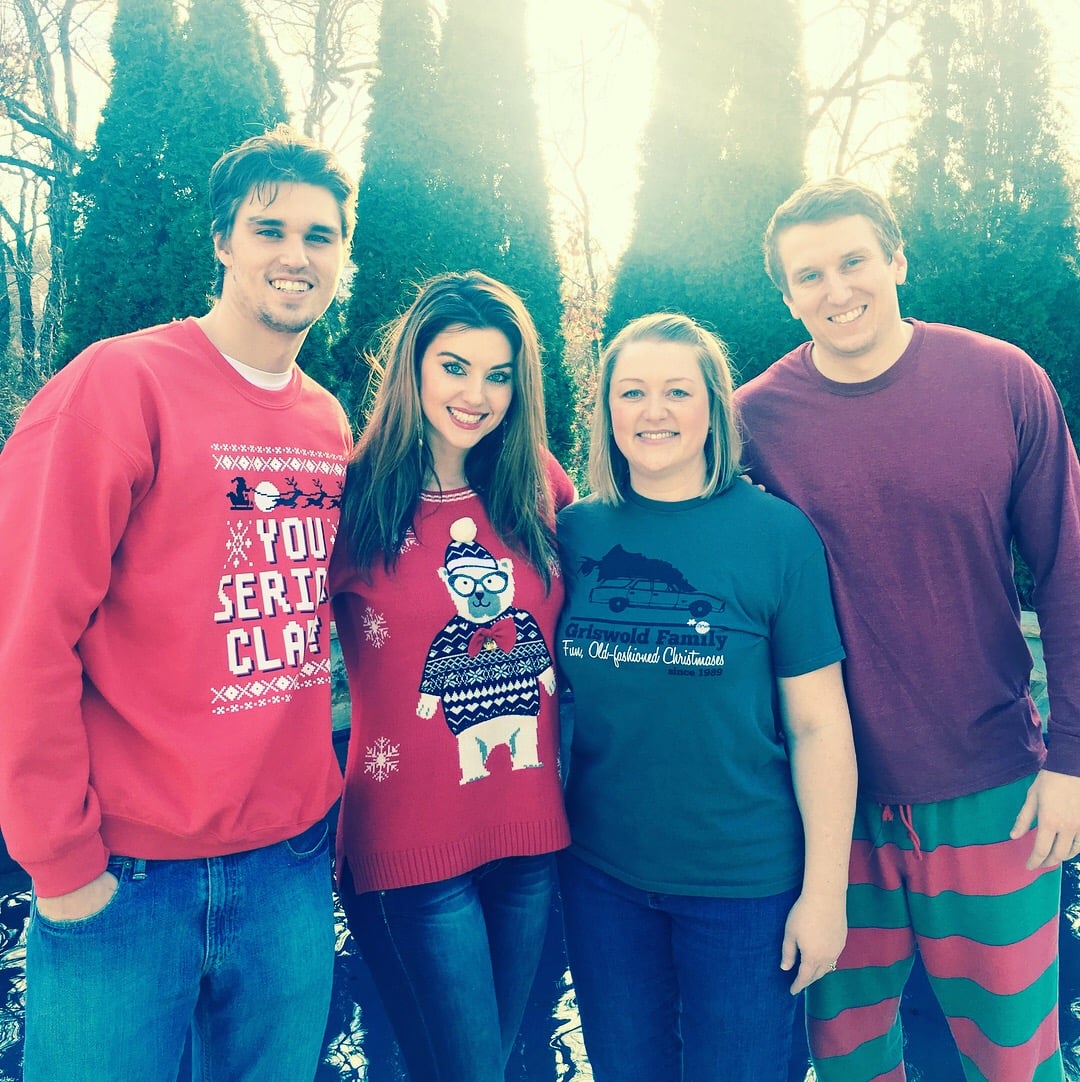 Can you imagine anything worth celebrating that could come out of a family tragedy – one where multiple children are left to grow up without their mothers? I can, at least in my story.

When I was 6 years old, I sat in a parked car, less than 15 feet from a burning warehouse. Smoke billowed above it. I squirmed in my seat, my voice silenced in a chokehold of shock, but all the while screaming on the inside. The woman in the driver's seat was my mother's close friend, and had just plucked me from my first-grade classroom as a favor to my parents. Her two sons, a little older than me, were seated in the back. "Stay here!" she shouted to us, springing from the car and slamming the door, racing across the cemented lot, zig-zagging past the cluster of gasping onlookers and frantic fire-fighters. But, for me, it wasn't just any building. It was my family's furniture store business, and it appeared to have been swallowed by an eruption of flames. None of us had any way of knowing who was trapped inside. I would learn soon enough, though. All of us would. My mother, my paternal grandmother and my two aunts, along with three of our employees, would not be coming home. Not ever.

When I reflect upon my life, now three decades later, that moment was a crossing over. There was the girl who existed before and the girl who existed after. They both had the same hair, wore the same shoes, played with the same dolls, watched the same cartoons and answered to the same name, but they were two entirely different children. There had been a monumental, invisible shift – one that housed a world of questions never to be answered, and grief that would persist like a cancer.

But I would soon learn that tragedy, despite its masterful ability to bully and deceive my sense of self in countless ways, would also make it possible for absolute treasures to land in my life.

It's rare to see the beauty in a tragic situation. When you're staring it down, all you can see is the ugliness that asks to consume you, siphon all of your joy and plans, and spend them on itself. You've got the what-ifs. The loneliness braided throughout your own thoughts. The things that can never be said and the memories that can never be made. Pictures frozen in time and totems of a life that was but will be no more. But I would soon learn that tragedy, despite its masterful ability to bully and deceive my sense of self in countless ways, would also make it possible for absolute treasures to land in my life.

The months in the aftermath of the explosion reeked of shock and ruin. Sorrow hung heavy over every conversation I overhead from my bedroom. There were the reporters who foamed at the mouth to get the inside story. The veil of sadness in my grandmother's eyes. The clumsy way my dad tried to comb my hair, desperately hoping to make it resemble the curls my mother had once given me. My older sister, an almost-teenager who I idolized, stopped laughing at my giddy antics. Or at least that's how it felt. But who could blame her? The air we breathed was toxic with grief. We didn't know it then, but the truth is that those days were a stretch of darkness before a most redemptive dawn.

About a year later, my dad met the woman who would become his new wife — a casual dinner date coordinated by a mutual friend. I met her a month or so later. She had kind brown eyes and a gentle way with her hands each time she embraced me, and there was a softness and a lack of aggressiveness about her that blanketed me in a feeling of safety and never pressured me to feel or be what I wasn't. Light seemed to be slowly finding its way through the cracks of our devastation.

Sometimes life takes things you love away from you, and sometimes it gives you something far better and more suited for you than you ever asked for.

Over the years that followed, they married and produced two children, both boys. During each of my step-mother's pregnancies, I practically chanted for a younger sister. I dreamt of putting bows in her hair. But the denial of that dream served as an introduction to a series of lessons, ones with a message most clear: Sometimes life takes things you love away from you, and sometimes it gives you something far better and more suited for you than you ever asked for. Because my brothers have lined nearly all of my clouds with silver.

Almost two years ago, when I was pregnant with my now-1-year-old daughter, my husband and I secured blood work to learn the sex of our baby. But we didn't want to find out in the doctor's office or by means of an email or phone call. Rather, we wanted to have a cozy, intimate gender reveal at a romantic, dimly-lit restaurant in Santa Monica. We chose the youngest of my two brothers as the one who would access the test result and coordinate with the restaurant manager so that he could purchase the correct color of candle to illuminate our slice of cheesecake. Which is also to say that my brother was the first one in either of our families to know that the tiny life growing inside me would be my daughter.

He got to hold a secret inside for weeks, living with that sacred knowledge, perhaps entertaining fantasies of who she might be, and in a sense, forming a specific kind of bond with her. That bond is evident every time he looks at her, and in the gentle way he holds her during our long, lazy Sunday afternoon hang-outs at my house. When a tornado hit my city of Nashville, Tennessee, a week ago, skirting my home by less than a mile, he was hurriedly sliding on his shoes, preparing to drive by my house to check on my family when my dad called to inform him that we were safe and unscathed.

Both of my brothers add joy and perspective to my life in immeasurable ways. They are not only the proud, beaming uncles to my child, but also the ones I call upon to share my big career news. Just last week, when my husband posted a story to his Instagram where he documented my late-night hours of writing and editing for a magazine assignment, the oldest of my two brothers landed in my messages, cheering me on like he always does, saying, "Go, Lacey! Go!" And when I was recently featured on a well-known podcast, he was one of the first people to text me, fizzing with excitement and pride, expressing his exuberance over how well the episode was being received. There have been heart-to-heart talks, and ski trips, and laughter-drenched dinners, and inside jokes, and whiplash-inducing doses of raw honesty, and sleepovers, and an infinite number of precious moments in time. I'd never erase a single of them if given the chance.

Tragedy is defined as "an event causing great suffering, destruction, and distress, such as a serious accident, crime, or natural catastrophe." But what about the part that comes after the ruin, where what once was is gone, but has now made room for new treasures and modes of beauty to land in your orbit?

I won't act like losing my mother didn't carve out a trap door of hurt that exists in my psyche. I've had to wrestle through a maze of trauma as a result – ones that still find me on occasion. And there are somber, exhausted mornings where I rock and sway my baby in a quiet nursery, aching for my mother and wondering about all of the ways she would marvel at her tiny, buttery body. But all of that absence and sadness exists against the backdrop of one powerful certainty: I am exceedingly lucky and grateful that my dad found love again and that, together, they made two humans who add immense beauty, comfort and support to my sister and me. I can't imagine my life without these two men. I believe with all of my soul that my mother would be happy to know that my sister and I have the luxury of experiencing their presence. I fold that knowing into every moment with them, and into every thought I have about them.

I believe we limit ourselves when we glorify the idea of genetic connection so much that it limits other connections that ask to heal and bless us.

My brothers and I did not share a womb. We are genetically linked by only one parent, our father, making us fit neatly into the label of "half-siblings." This term is interesting to me, as though it's occasionally used as an attempt to diminish the significance of a familial bond. But I intimately know people who have little-to-no relationships with the siblings whom they share both parents. And even if my siblings and I shared no DNA at all, it wouldn't make a difference. I believe we limit ourselves when we glorify the idea of genetic connection so much that it limits other connections that ask to heal and bless us.

I do not love my youngest brother because we have similar eyes and noses, nor the oldest of my two brothers because we share a fiery disposition and a mutual workaholism, as well as a string of other obvious physical nuances. I love them because of the connection we share and the moments we have built through time. My siblings and I are family simply because of the unwavering love and commitment we have to showing up for each other.

So if someone were inclined to discount our connection with a reminder of our "half sibling" status, they'd be sorely wrong. When it comes to DNA, whether half, whole, or none at all is irrelevant. Especially when the love is complete.