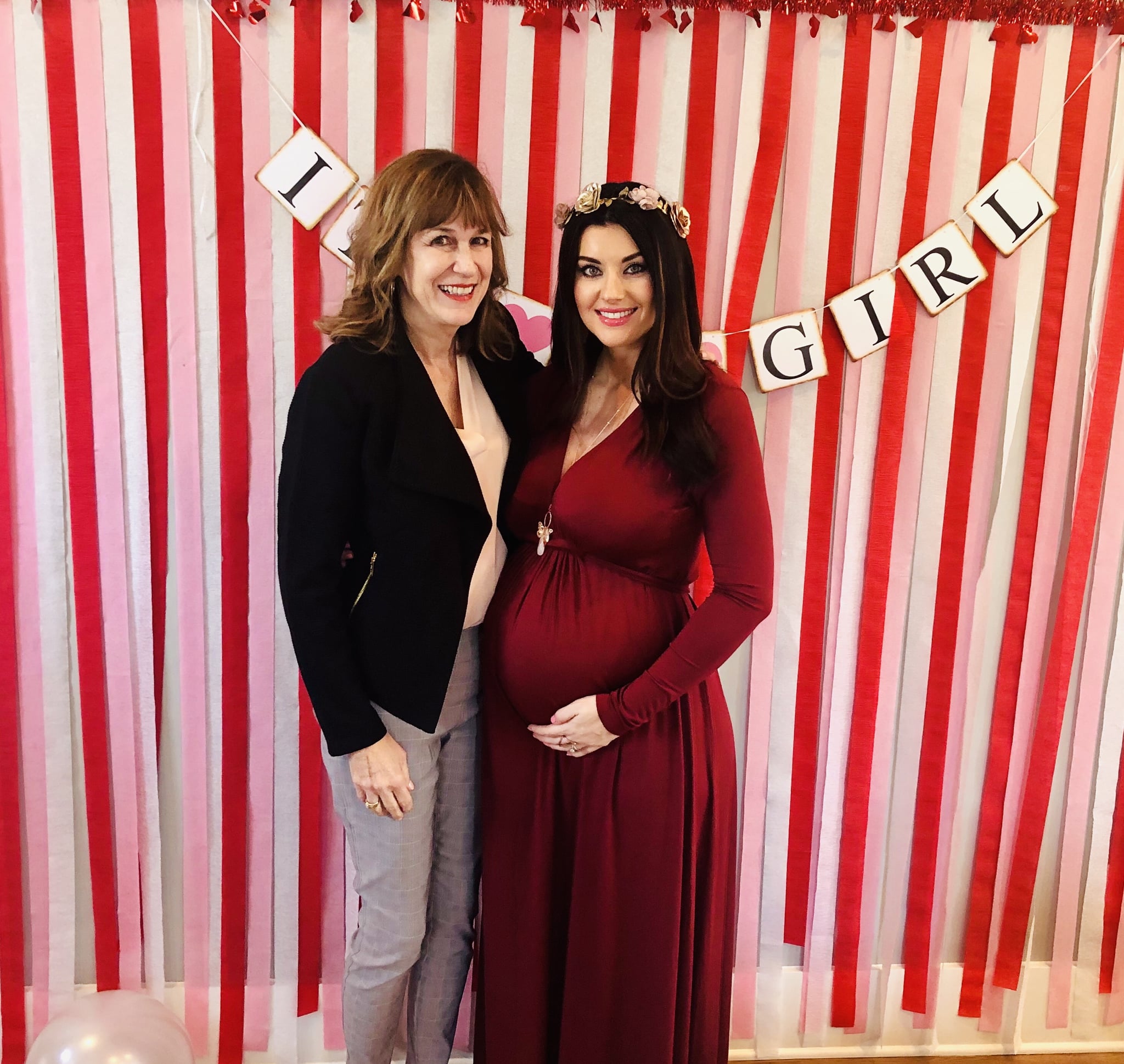 I stood in my living room, packed full with my closest girlfriends and loved ones, saturated in bags and boxes wrapped in pink paper and bows. Tiny onesies and swaddles formed a spread around my feet. I breathed the moment in, thinking how differently my life had looked a year before. I thought of the time I sobbed into my steering wheel in traffic. Of the time I scribbled into my journal late at night after my husband fell asleep, asking the page, "Will I ever be a mother?" I gazed out at the beaming faces, locking in on the one that made me feel safest of all. Together, we had weathered so many storms. It was my baby shower, and my stepmother and I were celebrating having triumphed over one of those storms.

The first time I saw her, I was a giggling 7-year-old. I stood in the driveway of my home, latching my arms around my dad's leg and sneaking peeks from behind his hip. I thought she was gorgeous and sophisticated, smiling warmly as she knelt down to meet my gaze. It had been a year since tragedy casted its shadowy net over my family — a fiery explosion taking the lives of my mother and three other family members. Kids in my class often asked me what happened, but I couldn't explain why my mother had vanished. I just knew I still needed a woman to look up to, to take me shopping for dresses, to fill the seat beside me on Mother's Day at school. I wondered if she could be that woman.

In the years that followed, she and my dad married. Together, they produced two children, gifting my older sister and me with brothers who brought so much laughter and life into our home. Onlookers who followed our story could breathe a sigh of relief for its happy ending. The family that had been struck by unimaginable tragedy was being rebuilt, and they were all going to ride off into the sunset together. But trauma has a way of not letting you just forget. It will find you in the still air and make you believe the fight isn't over. It will shove you into the arms of perceived danger, even after safety has found you. It will bully and deceive you — telling you that you're leftovers from a life that went horribly wrong.

As a teenager, I often leaned into my bathroom mirror, desperate to find a glimpse of my mother in my face.

As a teenager, I often leaned into my bathroom mirror, desperate to find a glimpse of my mother in my face. I longed for evidence of belonging to her — to know that she had not left me, but lived on in me. At the time, I wrestled with guilt — not understanding that my grief for my birth mother and my love for my new mother were not opponents. For years, stretching on into adulthood, my fear of abandonment hissed at me. My insecurities blinded me, tricking me into believing I was second-rate. But the truth was that my stepmother was also learning to navigate her way through foreign territory. From day one, she had only ever hoped to love me.

When I married and decided it was time to venture into motherhood, nature didn't seem to agree. I often couldn't distinguish between grieving the absence of my mother and grieving the absence in my womb. But there were few people in my family as invested in my becoming pregnant as my stepmother was. She shouted her belief that it would happen — even when I stopped believing it for myself. When I called her with the news that my plight of infertility had reached its expiration, she dove into the journey alongside me. "I want you to share every step of this with me," she gushed. "Tell me everything."

On the day of my first ultrasound, I barely made it out of the elevator before phoning her with the report. She answered after the first ring, nearly out of breath. "Hey, I'm on pins and needles. What did they say?" she asked, exhaling when I announced that there was a heartbeat. Her voice shook as she relayed the message to my dad. In the following weeks, when the possibility of something going wrong hung like a dark cloud over my state of bliss, I received a package from her in the mail. It was a necklace with a heart engraved on a pendant. The card attached read, "The heart represents me. I'm always with you."

She memorized my schedule of prenatal doctor visits, oftentimes reminding me of what was coming in the weeks ahead. She fought sleep awaiting the verdict from my and my husband's private late-night gender reveal, celebrating when she learned I was carrying a girl. I began awaking most mornings to alerts of her having pinned ruffled onesies and booties and baby turbans to our Pinterest board. While talking with my dad one day, he confessed that she often got lost in daydreams about what my baby's face would look like and what color hair she would have, giddy over the possibilities.

On the afternoon of my baby shower, my dad and brother drove her to my house for the celebration. As my friends strung ribbons and arranged platters of cupcakes, we ventured upstairs to the nursery that we'd spent months conceptualizing. Tears spilled from her eyes as she saw it brought to life. She stared in amazement at the dresser stocked full of diapers in funny giraffe and floral patterns. "I can't believe it," she whispered, barely able to force the words from her mouth. All I could think about was how badly I had ached for this day, all the while believing that the realization of it would be the grand finale. I never expected to receive such a gift in deepening our bond through its realization. It was a love that came without obligation, but also without reservation.

I have come to understand that family is a vast word, and one that can't be reduced to a biological connection.

I have come to understand that family is a vast word, and one that can't be reduced to a biological connection. For so long, I had its meaning so wrong. There is something about DNA that compels us to be stubborn. We may try to force connections that aren't natural or capable of being had — perhaps ones that cause us immense frustration and pain. We may discount certain bonds because they aren't biologically supported. If so, I believe we've got to revise our perception of what family means. My stepmother never carried me in her womb or fed me a bottle or stretched out her hand as I took my first steps. Yet throughout this journey of my impending motherhood, she has done all of the things any woman would wish for a mother to do. She has soothed me with her wisdom, pacified my fears, supported me without any expectation of glory. She has been my dearest friend.

As I enter the final weeks of my pregnancy, I have peace knowing that she is every bit the grandmother to my daughter that my own mother would have been had she not died. And I am certain that my mother would pass her the torch in earnest.

It is often said that every birth brings the death of something else. In my experience, motherhood means the death of my independence, of the liberty of wine-drenched nights with my husband, of sleeping in and rolling out of bed on Saturdays for brunch. It also marks the ending to questions I long held tightly to my wounded heart — ones I'll never need to revisit again. Because when it comes to family, this is what I know: love is what really defines it.