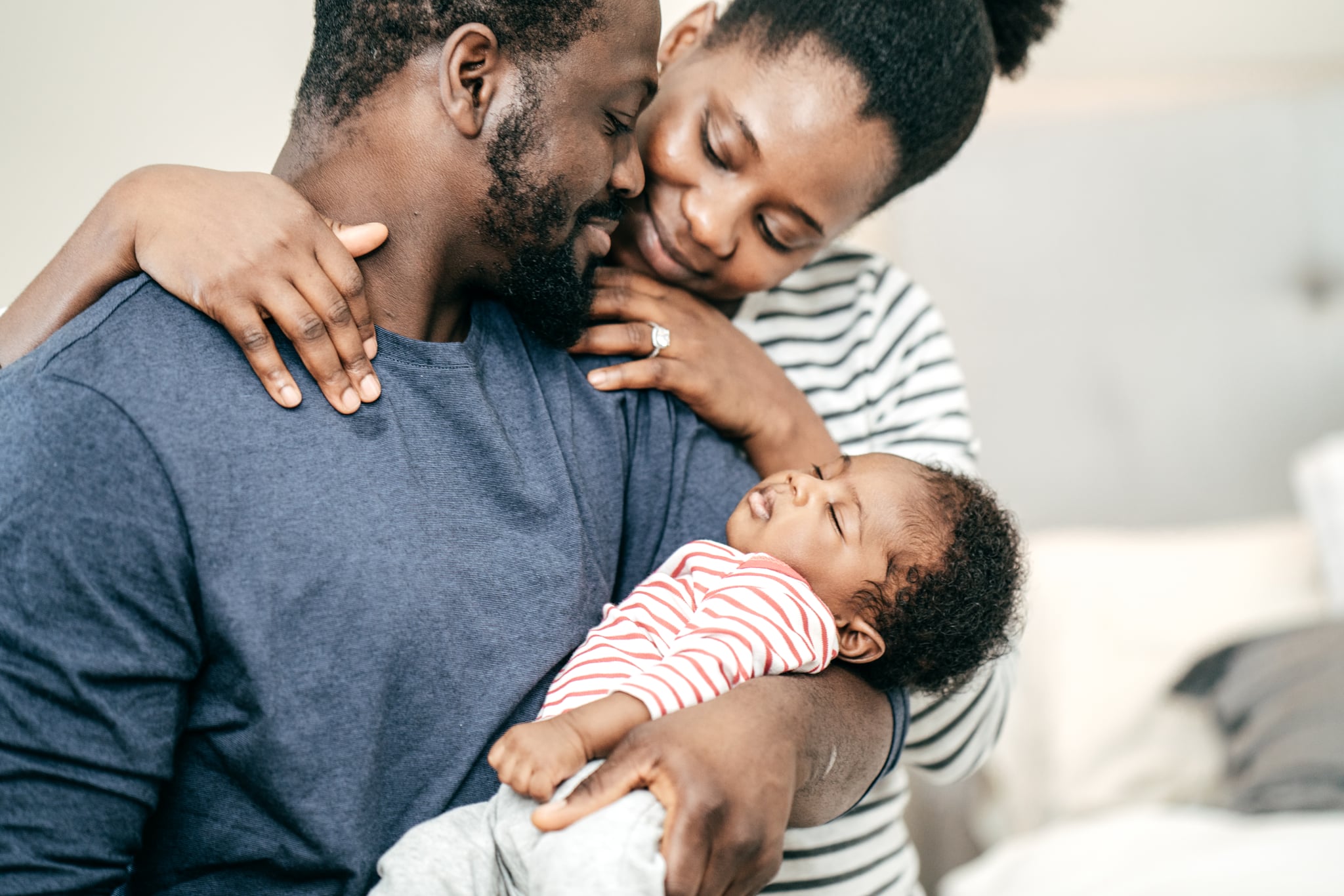 Before getting pregnant, I heard numerous labor room stories. While some stories had me wishing I could have a baby without having to go through labor, others made it seem like I'd hardly even break a sweat. But I was especially curious about how other people felt about having their partner in the room during delivery. Some were open to the idea but had one condition — that their partner had to stand behind them so that they couldn't see all of the action happening.

When I asked why they didn't want their partner to see that part of labor, the response was usually about how seeing a baby coming out of their nether regions could traumatize them in some way. Some also made comments that their partner giving birth could affect their sex life in the future. Fast-forward to 2016 when I became pregnant with my son, I had to decide whether having my husband in the delivery room was something I wanted. I also had to consider how I felt about him seeing me in my most vulnerable state.

After reasoning it back and forth, I decided that I definitely wanted him in the room. I couldn't fathom not having the privilege of squeezing his hand numb when the contractions came swooping in. I also thought the person who helped me make the baby should share in the pain and joy of labor.

Related:
I'm Thankful My Husband Was in the Delivery Room, Because I Couldn't Have Done It Without Him

However, I was apprehensive because I knew that no matter how pretty I looked during labor,I would make unattractive faces, squeal in pain, and my body would expand in a way he had never seen before. I worried that like many people had told me, after seeing me in that way, he may no longer be attracted to me. I also thought that it could affect our intimacy after having the baby.

To help me overcome my fears, I knew I needed to discuss them with my husband. He's my labor partner, so we often discussed what giving birth would be like. When I expressed my desire to have him in the room, he was very open to my request and wanted to be there not only to witness the birth of our son, but also to comfort me through the labor process. This made me feel a little bit more relaxed and we were able to joke about how the whole labor experience would go.

On the day that my water broke, I was terrified as everything I had been imagining for the last nine months was actually happening . . . excruciating cramps included. My labor lasted for four hours, which some classify as short for a first pregnancy, but it felt like four years of contractions, begging for relief, and sucking down deep breaths. My husband did everything possible to try and ease the pain, from giving me ice to chew during the contractions to cheering me on. And he was front and center when my son's head began crowning — he even got images and videos of the entire experience.

Let's just say this: after watching me give birth, my husband not only found me attractive, he also saw me as a superhero. He couldn't believe that I was able to push out an entire little human and said he felt that by being there, he helped bring him into the world, too.

It is true that my body has changed in ways that I didn't think that it could. However, my husband being present in the labor room hasn't affected how he sees me; it's only given him a better understanding of the many ways a person's body evolves during and after childbirth. But most important to me, his presence during the birth of our son has given him a deeper appreciation of people who birth children. Turns out, labor was a period of growth for both of us!