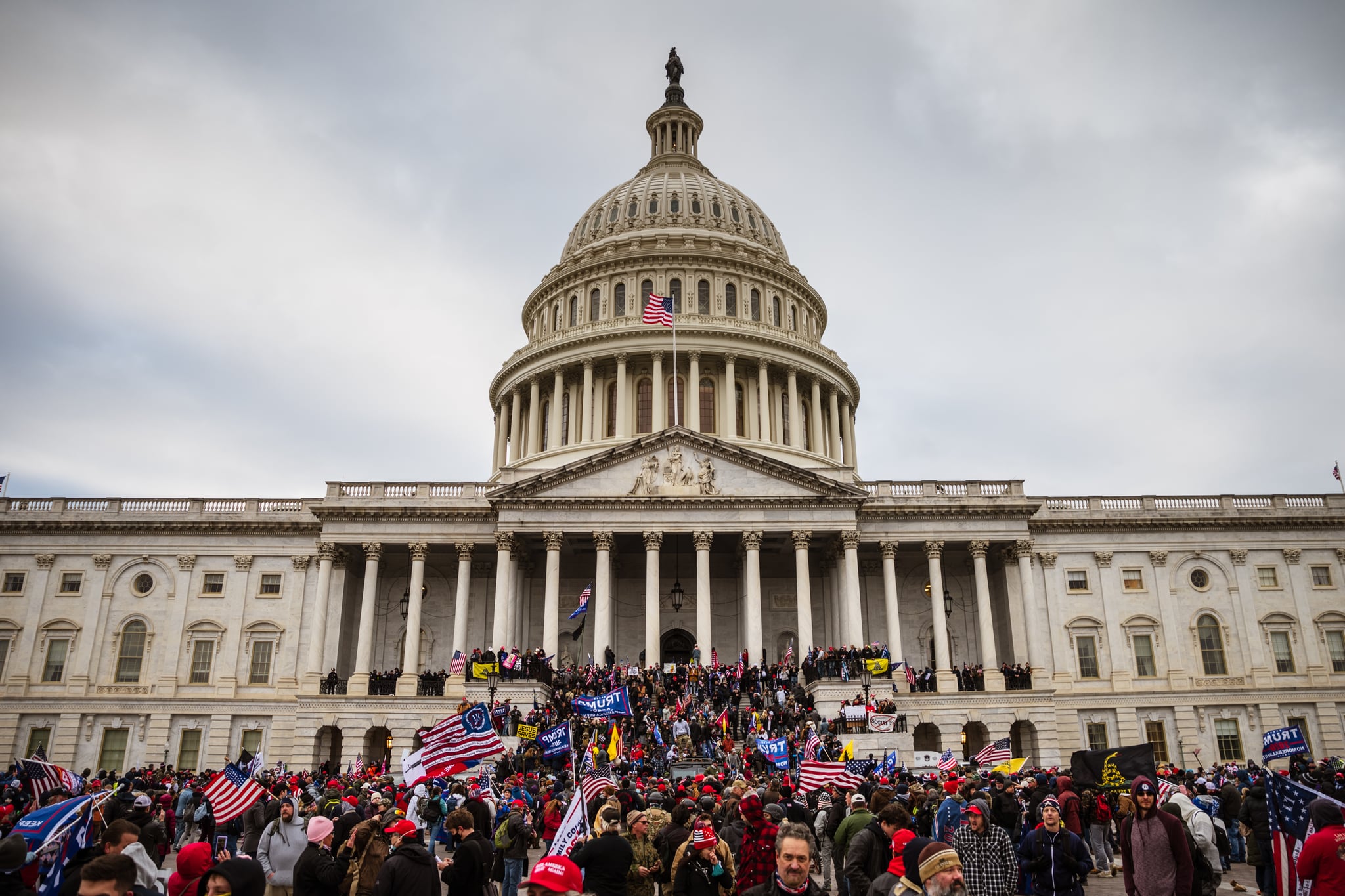 When terrorists attacked the World Trade Center on 9/11, I remember being horrified by the images I saw on TV. I was only 8, and I mentioned that I wished the news would show something else. I'll never forget the words my aunt told me: "This is a moment that will live on in history, as our country stands together to protect our freedom. We have to respect the lives lost and honor their memory on this sad day." On Jan. 6, 2021, as rioters stormed the US Capitol in a violent, deadly attempt to overthrow democracy spurned on by President Donald Trump, I heard very different reactions from many of my family members and friends than the ones I heard almost 20 years ago. This time, instead of the nation coming together to defend our principles and freedom, many people in my network took to defending the domestic terrorists storming the Capitol with Confederate and Nazi flags instead. What is going on — and why were my friends not condemning these monsters?

Before the 2020 presidential election — and over the last four years — I've been bombarded by friends and family members saying racist, sexist, homophobic, and downright cruel and untrue things. Every day closer we got to the Nov. 3 election, the worse their rhetoric became. Close family members harassed me with baseless claims about celebrities and political leaders being involved in child sex trafficking, election fraud, and more (because "The Q" told them), all while condemning legitimate movements like Black Lives Matter. I tried to talk to them, explaining why we say "Black Lives Matter" and not "all lives matter," or how there was no evidence of election fraud. For some, they really listened and understood me. For others, they were stuck in these hateful and wrong ideas and refused to let up, calling me names that were shocking and upsetting — especially coming from people I used to respect. After trying for so long to get them to see reason, I realized that engaging with these people not only wasn't helping, but was also taking a huge mental toll. I would never turn someone away who actually wants to learn, but I cannot keep taking up with people who just want to continue spewing vile words and untruths, just out of spite. It is so incredibly difficult to watch family members succumb to these hateful ideas that are so far from the truth and the Christian values I have grown up with; it makes me physically sick. But on Jan. 6, one of the darkest days in American history, I finally got to the point where I realized cutting them off is the only thing I could do.

After watching seditionists, rioters, QAnon supporters, and pro-Trump extremists raiding and destroying the Congress building on the news all day, as a police officer took selfies with protesters and officers opened the gates for the mob, I saw something worse — my friends and family explicitly condoned the violence. Posts ranged from "You're only mad because it wasn't your side protesting this time" to "Black Lives Matter protests were more violent" to "This is what happens when you steal an election." What the actual f*ck? This was pivotal for me: I'm done letting the respect I had for my family determine what I can post online about my thoughts on the president and his supporters. I'd used personal conversations to make my thoughts known, but that's no longer enough. White people have remained silent on issues of racism and white privilege for too long, and I'm not doing it anymore.

Let me be perfectly clear: the events of this week should never have happened, but I'm not surprised that they did. Trump and his followers have made racist remarks disguised under "patriotism" for far too long. In order to freely post and stand up for what's right, I spent the day blocking and unfollowing people across social feeds who condoned or supported the riots in DC. I posted about my feelings of despair and outrage over the state of our country and deleted all comments that did not agree. It's one thing to have differing opinions on tax dollars and the economy; it's not OK to have differing opinions on human rights, voter's rights, and the democratic process of our free nation. In order to take care of myself, I'm no longer engaging with any of these baseless arguments from friends and family — I'm simply removing their awful lies from the conversation, and drawing a clear line that shows that I am not OK with anyone who supports what happened in DC a few days ago. I've given them the benefit of the doubt for too long, and I simply can't continue doing that.

I mourned for our nation as I watched videos of people taking over DC. I cried, I had anxiety attacks on and off throughout the night, I dreamed of bloodshed and despair. I truly believe that the people who were behind this, including the politicians and the president who supported this, should all be in jail. And if my friends and family don't see that, then they are part of the problem.

Waking up to the news that Congress has certified Joe Biden's election was a bright spot of hope. I'm praying for peace over the next two weeks before Inauguration Day. I'm speaking out in support of using the 25th Amendment to remove President Trump from office, and I'm going to connect with friends and family who recognized that what happened the other day was wrong. Despite the anxiety, the fear, and the uncertainty, I'm choosing to have hope. Our nation has recovered from terrorism before and we can do it again, one day at a time.