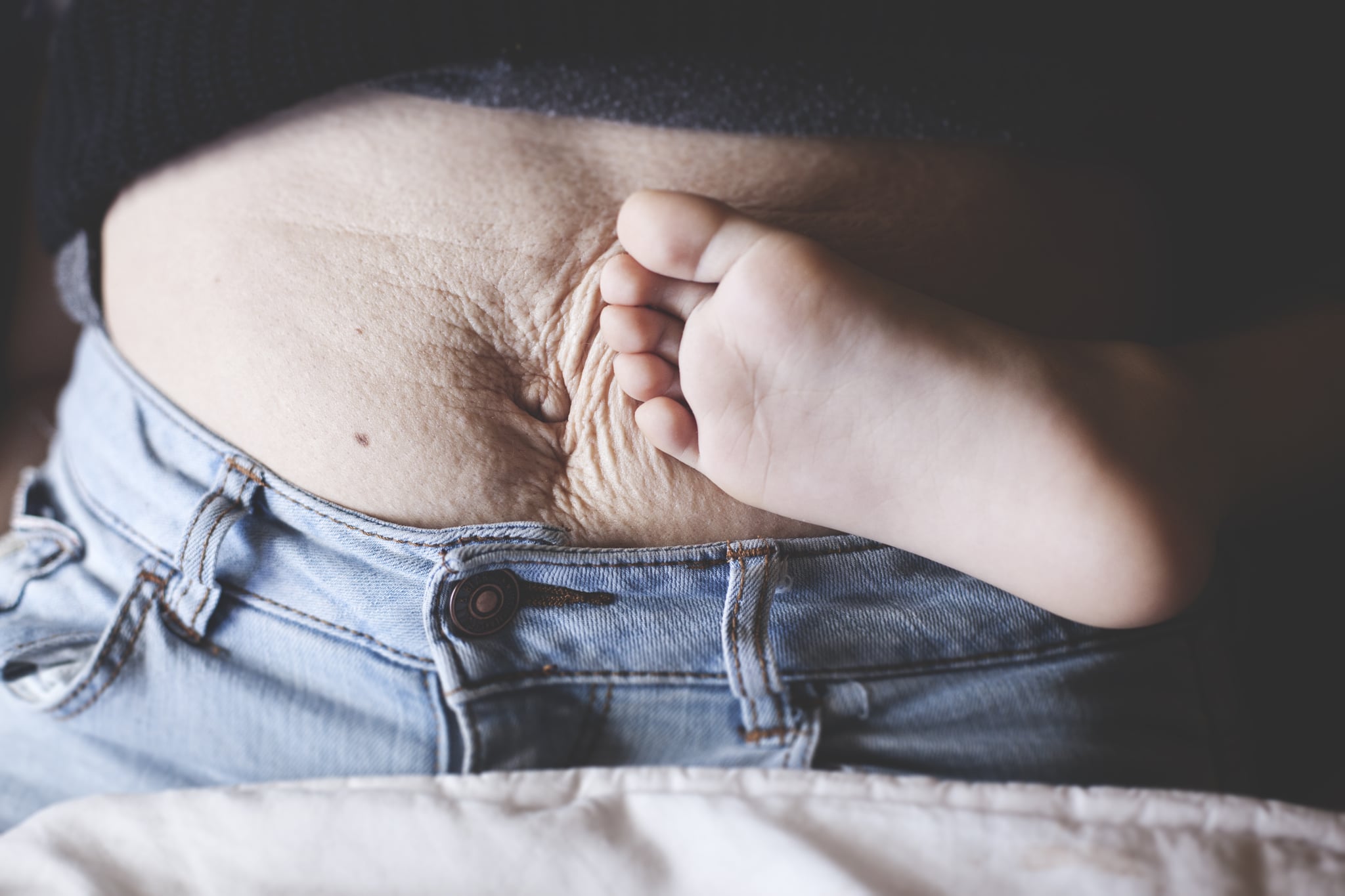 I don't remember the first time the long, irregular white marks on my hips caught my eye, but I know I was in middle school. Toward the end of those tricky tween years, body image was suddenly at the forefront of my life, and almost instinctively I knew those marks weren't supposed to be there. I had never even heard the term stretch marks, and yet somehow I knew that's what they were called.

Where they had come from, I didn't know. Although looking back, I suppose they had formed during a period of rapid growth as I approached puberty. What I did know is that my once smooth skin now had ruts; my unblemished shell now flawed.

Now, no one had specifically told me that stretch marks were a bad thing, yet I still managed to internalize that message. My mom never talked negatively about her body or mine, nor was that term even a part of her vocabulary. In fact, I have vivid memories of her telling me how beautiful my skin was, how gorgeous my hair was, and how good I looked in the variety of outfits I wore. But stretch marks on someone my age — and really, probably anyone of any age — weren't represented in the magazines I devoured or the TV shows I watched. I hadn't seen them on anyone's body but my own.

As Summer approached that year, I chose a modest bathing suit consisting of boy shorts and a tankini — a style I continued to wear well into adulthood. Early on I had learned that flaws were expected to be covered up from a society that decided perfection reigned and anything less wasn't worthy of being seen. Those with perfect skin had permission to flaunt it. But those with imperfect skin? Well, they must surely hide it. And for so long, that's the rule I lived by.

But something changed after becoming a mother. It didn't happen immediately or painlessly though. Honestly, I spent the first two postpartum years loathing the scars that had claimed my once flawless abdomen. Every time I saw them, I was reminded that I was getting older. That there was no going back to a more youthful body. And that I would never look the way our culture expected me to. So, my efforts to conceal them continued.

Until I lost my next two pregnancies. I had carried two more babies, but instead of scars on my body, I was left with nothing but scars on my heart. I would have gladly accepted all the stretch marks in the world if it had meant having the opportunity to mother my babies. And with that, my perspective changed. Suddenly, the torn skin that wrapped around my belly and descended onto my hips became a symbol of growth. Of gain. Of goodness. For so long, I considered my stretch marks to be reminders of what I'd lost — youth, beauty, acceptance — when in fact they were proof that I was growing and that life was evolving. They were evidence of a full life.

With my fourth and final pregnancy, I gained weight quickly and stretch marks made their appearance in record time. But instead of feeling shame, I felt peace. My body was growing, and so was my baby. For the first time in my life, I considered my ever increasing stretch marks to be beautiful, and I've continued to live by that perspective.

My body isn't perfect. It's let me down in both minute and massive ways. However, I can truly say I love it. I'm done hiding. I wear the cute swimsuits that I want to wear instead of worrying about what I think I should wear. Because the scars that mark my body are reminders of all the life I've lived – from middle school to middle age. And of the lives that have lived within me. It seems that I've gained more stretch marks with each passing year, but I've also gained more life and more love. And I've learned that those scars have been more than worth it.