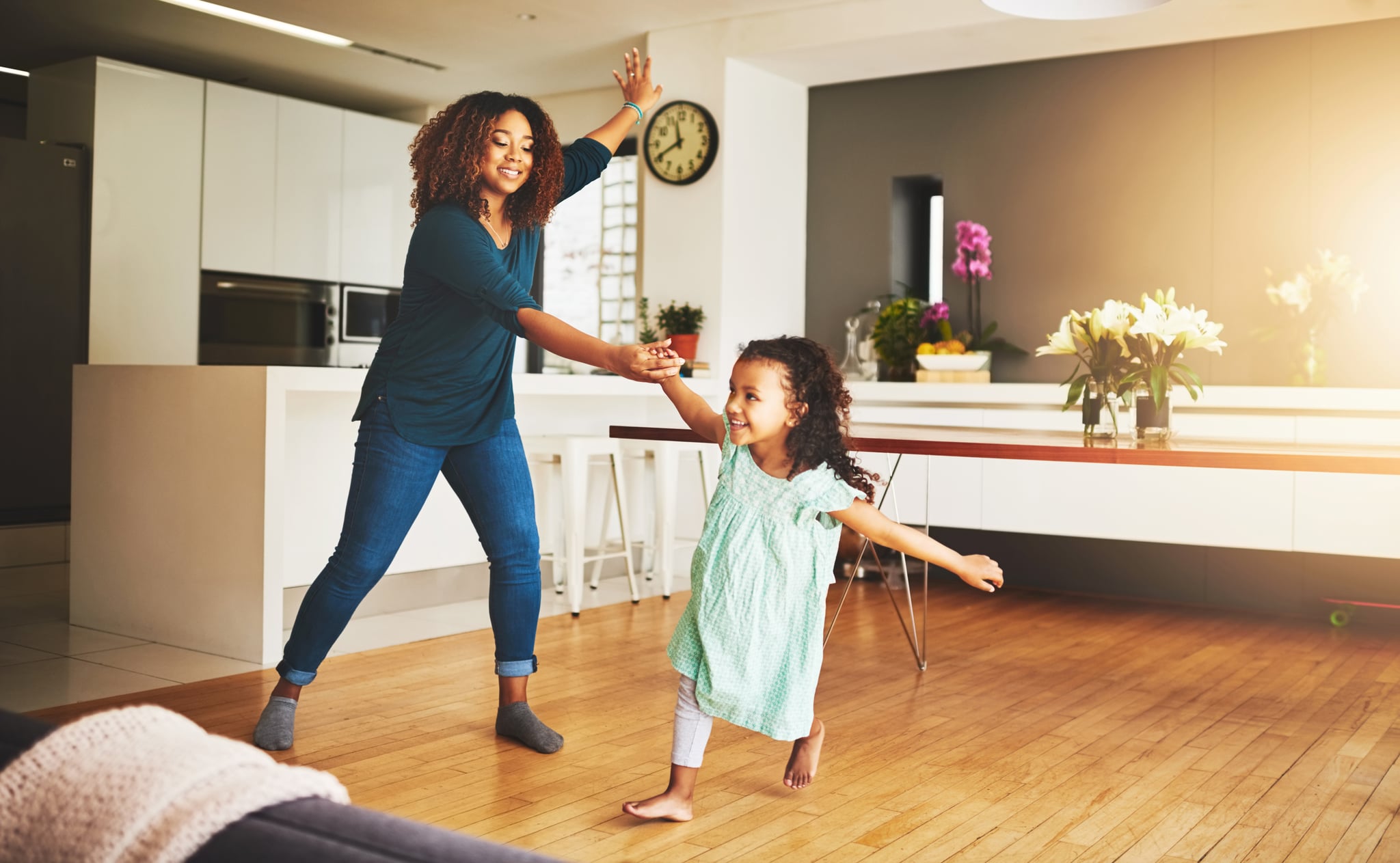 When my 4-year-old shimmies into her blue-and-white ruffled bathing suit, she only has one thing on her mind: how quickly she can splash her way into the swimming pool and start having fun. Unlike when I slip into my suit, she isn't thinking about the way her stomach sticks out. She's not worried about displaying the scars on her knees, and she definitely doesn't give a second thought to the fact that some of her baby fat is still hanging around.

I love that about her. I've learned a number of important lessons about myself since becoming a mom, but the most important thing my daughter has taught me is how to work toward unapologetically loving my body.

From the moment I gave birth, I began to appreciate my body for its strength and ability. I saw myself in a new light. I brought a life into this world — and that is powerful. Even so, I still hung onto old messages in my head that I would tell myself about my body. Stories I had learned growing up and from constant comparison to others.

Related:
I Know It Sounds Awful, but I Really Struggle to Teach My Daughter Body Positivity

My thighs were too big, my hair too frizzy, my teeth would never be perfectly straight, and my stomach was nothing close to representing a washboard. I held onto my pregnancy weight for months after my daughter was born and began to go down a negative path of beating myself up for my appearance. But then something changed.

As my daughter hit each milestone and outgrew the baby stage, I slowly began to outgrow my old way of thinking about my physical appearance. With each passing year, I began to observe the way my daughter approaches life head-on. How she doesn't waste time thinking about the way she looks. She dresses in clothes that make her happy (despite my best efforts to have her outfits match) and chooses friends because they're nice and make her laugh, not because of the shape of their body or the color of their hair. She tells me she wants to grow big and strong. She flexes her arms to emphasize her muscles and smiles widely.

In those moments, I realize I can learn a thing or two about body image from my daughter. She doesn't see my flaws. She sees her mom.

Related:
A Bully Weight-Shamed My Daughter — This Is What I Told Her About Body Positivity

Someone who can carry her and her baby brother on each hip at the same time. Who can run around chasing after them at the park or kick the soccer ball down a field. Someone who can run pushing a double stroller. She sees me prioritize my health by exercising every day and thinks it's hilarious when I turn up the music and dance around the house in the mornings, carefree and not giving a second thought to my appearance.

She doesn't care what size is on the tag of the dress I put on for a date night with her dad. She doesn't notice that I'm self-conscious about how tightly the fabric falls across my midsection or clings to my backside. She thinks I look like a princess, and if I can learn to see myself through her eyes, I may just start to feel like one, too.