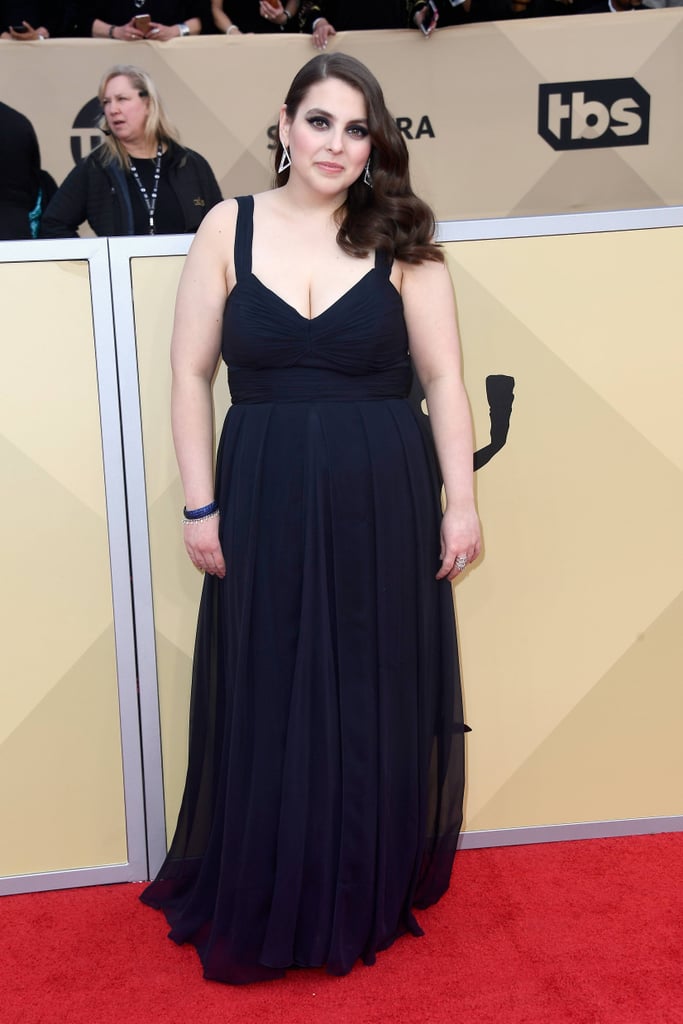 Lady Bird Star Beanie Feldstein Wore Her Prom Dress to the SAG Awards, Is an Icon

Beanie Feldstein just became effortlessly iconic by ditching the pretentious designer gowns for the SAG Awards on Sunday and opting to instead rock something far more relatable. The 24-year-old Lady Bird actress showed up on the red carpet wearing a black Kay Unger gown, which she also wore to her high school prom!

Feldstein told The Cut on Jan. 19 that she intended to wear the gown after trying it on one day: "I put it on and it fit, surprisingly maybe better than it did in high school! I looked at myself and I was like, WHAT!? and my mom and her best friend were just laughing so hard, like, 'You have to wear it! There's just no other dress that would be better.'"

She went on to explain that wearing the throwback garment at the SAG awards would also be the perfect tribute to Lady Bird, for which she's been nominated with the cast for outstanding performance by a cast in a motion picture. "It's just a gorgeous dress, and I love how my character's story ends at the prom, so like, for the first time, I'm going to an awards show as a nominee with the cast, it's like, you gotta wear your prom dress, girl, and honor Julie," Feldstein added.

It's a rather appropriate tribute considering that Lady Bird is inspired by film director Greta Gerwig's own life as a teenager in Sacramento, CA.

Jennifer Lopez
Should We Talk About J Lo's Crazy, Sexy Global Citizen Costumes All Day or All Month?
by Sarah Wasilak 5 days ago