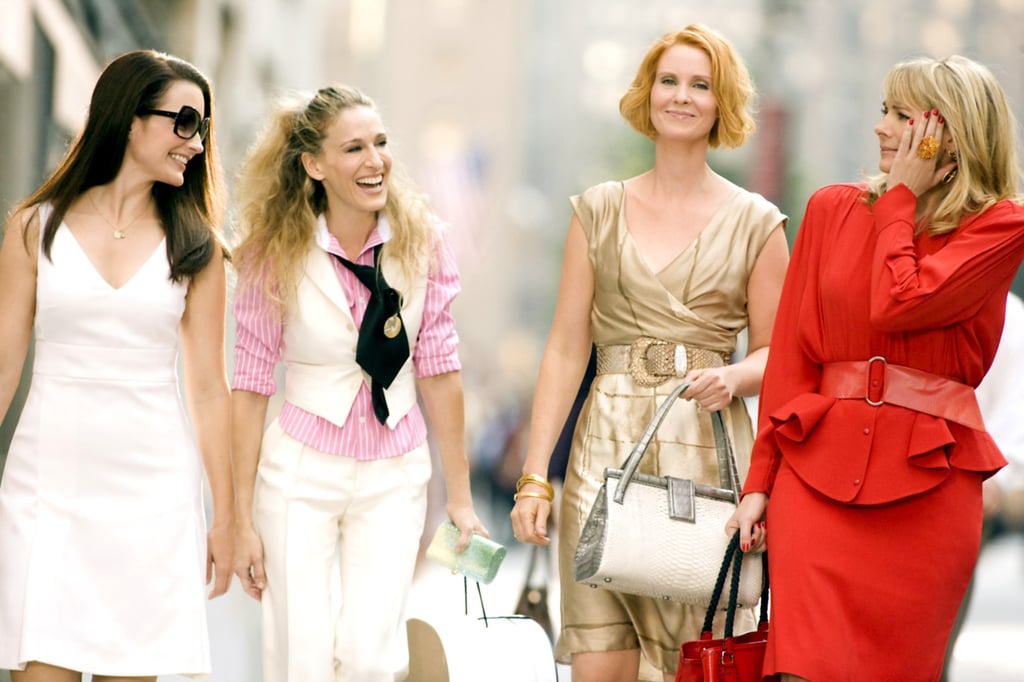 You've played the game with your friends before: which Sex and the City character would you be? While some base the question on personality, we prefer to focus on fashion. While Carrie Bradshaw has an eclectic flair all her own and a wardrobe composed of ballooning skirts and striped knee socks, some ladies lean toward sophistication and are likely inspired by Miranda or Charlotte. Then, of course, there's Samantha, who won't be in HBO's And Just Like That... reboot but will forever live on as the one with a rack full of skin-baring dresses fit for a party. No matter whose look you admire most, there are plenty of episodes to take in and so much style to explore (with even more coming from the new series). So basically, you've got a lifetime of outfits ahead of you.

That's why we've sorted the style influencers we follow into four groups: Carrie, Samantha (whom we'll be missing in the SATC revival), Miranda, and Charlotte. Their go-to ensembles fit the signature styles of our favorite TV characters. Scroll through to decide who you dress like, then learn which fashion creatives you should be following. Or, if you already know which fictional style icon speaks to you, jump ahead to the accompanying curated list.

Related:
Grab Your Cosmos! Here's Everything We Know About the Sex and the City Revival
Previous Next Start Slideshow
Sex And The CityNostalgiaHBOStreet StyleTVStreamingAnd Just Like ThatScreen StyleFashion InstagramsStyle How-To