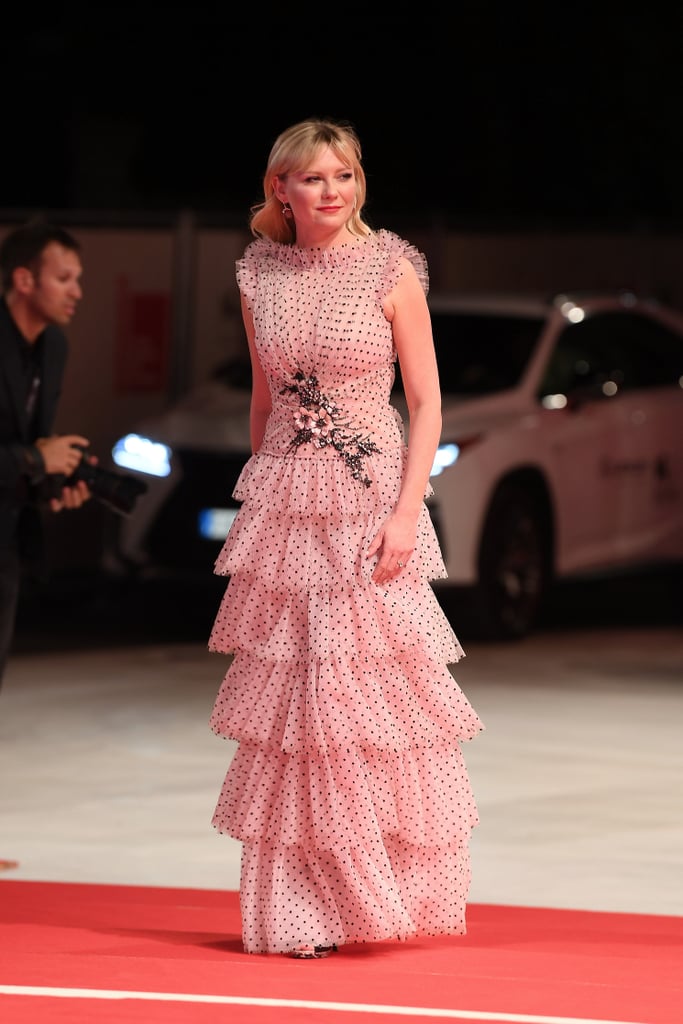 Kirsten Dunst is in wedding planning mode after announcing her engagement to her Fargo costar Jesse Plemons back in January. Kirsten first flashed her ring at the Ralph & Russo show during Couture Week, and now she's dropping hints about her wedding dress.

During an appearance on Live With Kelly and Ryan, the star revealed that her gown will be by Rodarte. Not only was Kirsten the first to wear the fashion label on the red carpet, but she also starred in a film directed by the designers, Laura and Kate Mulleavy. The trio have been busy promoting Woodshock, and Kirsten's worn stunning Rodarte dresses for all the premieres.

Her love for the brand can be traced back to as early as 2010, so take a look at her past Rodarte creations ahead. You'll have a better sense of what she'll wear on her wedding day, and we know the look will be one to remember.

Wedding
Still Wanting to Celebrate Their Special Day, This Couple Eloped and Live-Streamed It
by Lauren Harano 1 day ago