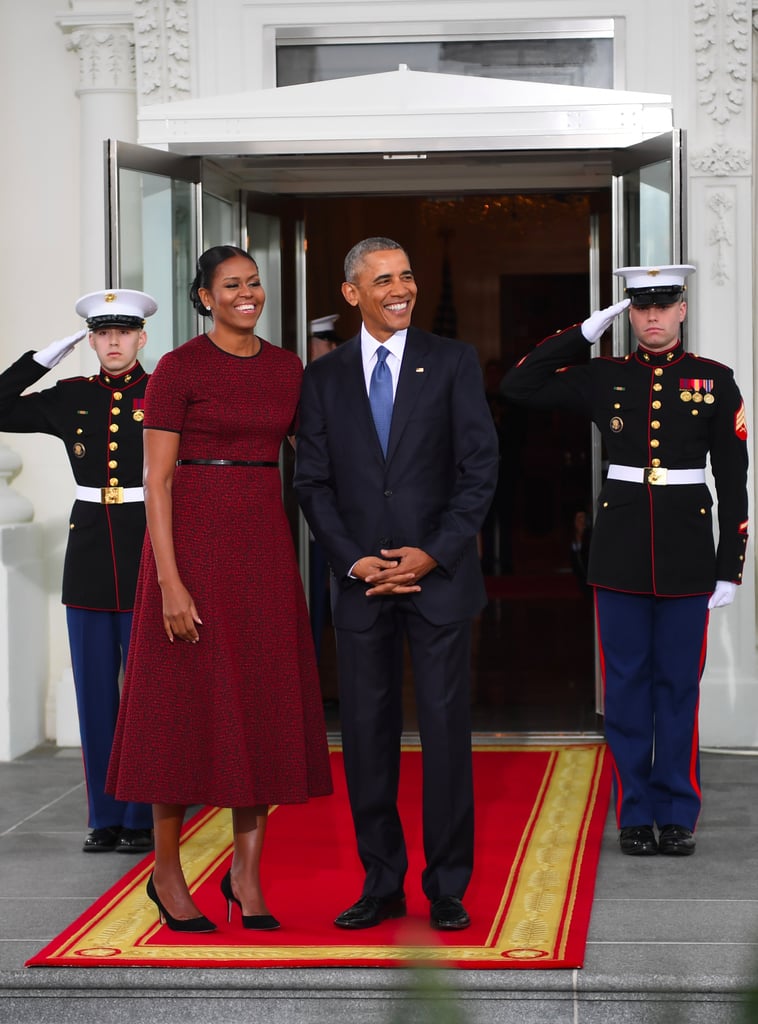 Though we hadn't any doubts about Michelle Obama's Inauguration Day look, we were excited, as always, to recognize the meaning behind it. Michelle joined Barack in welcoming Donald and Melania Trump to the White House wearing none other than Jason Wu — a designer she's turned to time and time again. The style was a red A-line with a soft brushstroke print and Michelle styled it with a thin black belt. She swept up her hair to reveal diamond stud earrings by Harry Kotlar and slipped into suede pumps.

Michelle's outfit, which came complete with a matching coat, was nothing if not sophisticated, but it was when she stood by Melania, the new first lady in blue, that we recognized the former FLOTUS's style note. Joined by their husbands, Michelle and Melania were wearing the colors of the Republican and Democratic parties, respectively. It is interesting to call out that Michelle opted for red and Melania blue, perhaps suggesting that when it comes to representing a united nation, it can be useful to consider all sides of the story, no matter where you stand.

As Hillary Clinton arrived in a white pantsuit — which has undoubtedly become her signature — we thought immediately of the American flag and the way in which all three ladies used their clothing to paint that picture for us.

Ciara
Ciara's Version of a "Birthday Suit" Is Classic, Sexy, and So Her
by Yerin Kim 15 hours ago